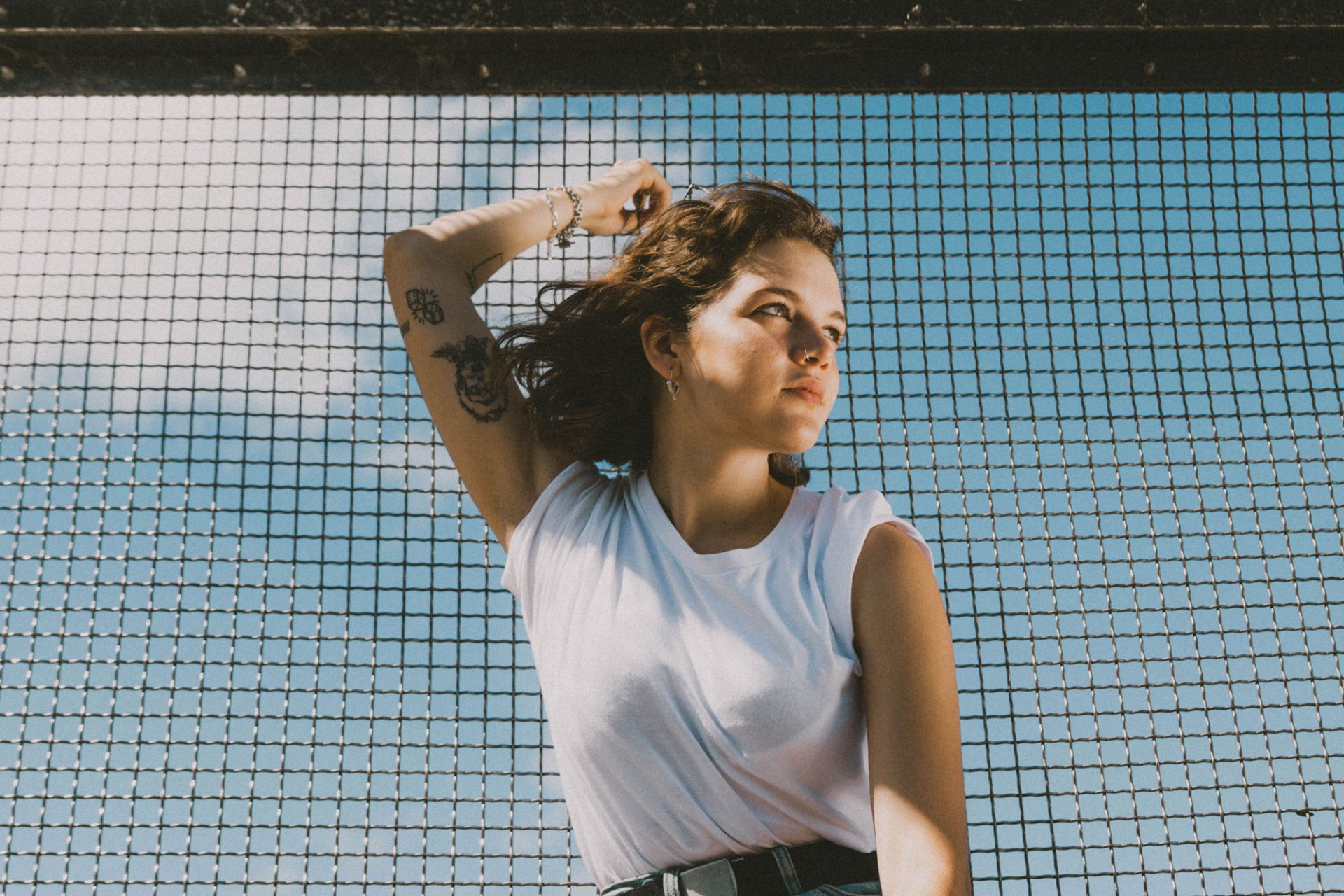 MAY-A: “Songwriting has helped me cope with my emotions”

With her new single ‘Time I Love To Waste’ out today (Thursday 18th February), MAY-A is a pop prodigy in waiting.

Australian newcomer MAY-A might only have less than a handful of officially released songs, but the 19-year-old is primed and ready to take her beautifully considered, witty and heartfelt songs about relationships, friendships and true emotional connections to a wider audience. An audience which she’s been craving as her musical journey progressed through her teenage years. “I started writing songs pretty young, when I was about 12,” says Maya. “I was just listening to a lot of Taylor Swift and writing music that way. When I was about 14, I met my manager at a studio that he ran in Randwick right near my house. I happened to walk past it, and I met him. I ended up falling into an artist programme where they help you write songs, and you become an artist. I did that every week until I was 17 when I signed a contract with my manager.”

It took a little while though for Maya to realise that people were going to actually listen to her songs and would like them. “Even at that point, it was like, this isn’t real,” she continues. “This isn’t a real job. It wasn’t until I realised how many other people were invested and wanted to know more about me that I realised maybe I can do this for real.”

For Maya, songs are just one small part of the package that makes her a compelling artist, as with her tender breakthrough song ‘Apricots’. “I always wanted to make different singles and different releases really special,” she explains. “Lots of people write lots of music, and they just want it to be out, but I think taking your time and making the feeling for the song, not only what it means in a conventional sense but giving people an idea what it felt like to write it. The next single I’m releasing we’re doing photoshoots around the single just for Instagram about how I felt when I was writing it and what I was going through. Even before I released any music, that was something I always wanted to do. It makes it feel really human.”

“I started writing songs pretty young, I was about 12”

Constantly online and engaged with her growing community of like-minded idealistic dreamers Maya is determined to put herself out there. “People have told me they’re more drawn to the song because if you follow me, you don’t have an option to check it out as everything I post is about it,” she laughs. “You’re constantly reminded that it’s there.”

While she was influenced by gold-standard songwriters like Taylor Swift, Frank Ocean and Lorde, MAY-A also takes influence from the introspective lyrical wordplay of artists like Dave. “I have a stream of consciousness approach,” she explains of her songwriting process. “I like to keep it as honest and real as possible. People can see authenticity and gravitate towards things that are real.” She cites this year’s massive Number 1 hit ‘drivers licence’ by Olivia Rodrigo as an example of how a song using her approach can make a massive impact. “The reason that song has been going so crazy is everything that she says is real. Obviously, there’s a lot of drama surrounding it, but it’s so dramatic because people can pinpoint the point the moment it was about because she publicised everything. That’s something that I’ve always thought about. I want to make sure that everything I say I can back it up.”

#1 Maya is a big fan of cooking pasta, putting it in the fridge and having it cold the next day.

#2 She’s obsessed with coffee. Making it, drinking it, travelling to new places to drink it. She’s all over it.

#4 She recommends you watch her first Australian school vlog on her very entertaining youtube channel heyit’smaya. “That video best captures me and that period in my life. It was fun to make and it was me saying goodbye to my last year of school.

#5 If anyone is inspired to try an apricot for the first time after hearing her ace song of the same name she says, “ They’re peachy but more dense and a little less fruity.”

At its core, Maya’s music is super vulnerable and rich in emotion. “The reason that my music feels emotionally open is that I’m not very good at being super open in real life,” she laughs. “I’m not good at getting a point across to say exactly what I feel. Songwriting has always been an escape. Songwriting never felt like a thing that I’d have to try to do. It’s been like a diary. It has helped me to be vulnerable and cope with my emotions.”

While Maya is now focusing on her flourishing music career she’s not forgotten her past in the riotously fun, endearing and frequently hilarious videos that can be found on her YouTube channel, recently reactivated after a couple of years break. “I very much associated that channel with my high school years,” she remembers fondly. “That was an important part of me establishing myself. I really wanted to do something. I wanted to make things, and I wanted people to see them, but I didn’t really care how it looked. I wanted to be funny, not that I ever really was that funny. I’m grateful that all those videos are there because I learnt so much about myself.”

With plans to create more content in a  multitude of different forms, MAY-A is aware of the opportunities to capitalise on her growing audience who relate to her and hang on her every word. 2021 promises to offer much for them to look forward to. “The one thing I can guarantee is there will be just more of everything,” she laughs.

Taken from the March 2021 edition of Dork, out now. MAY-A’s single ‘Time I Love To Waste’ is out now.