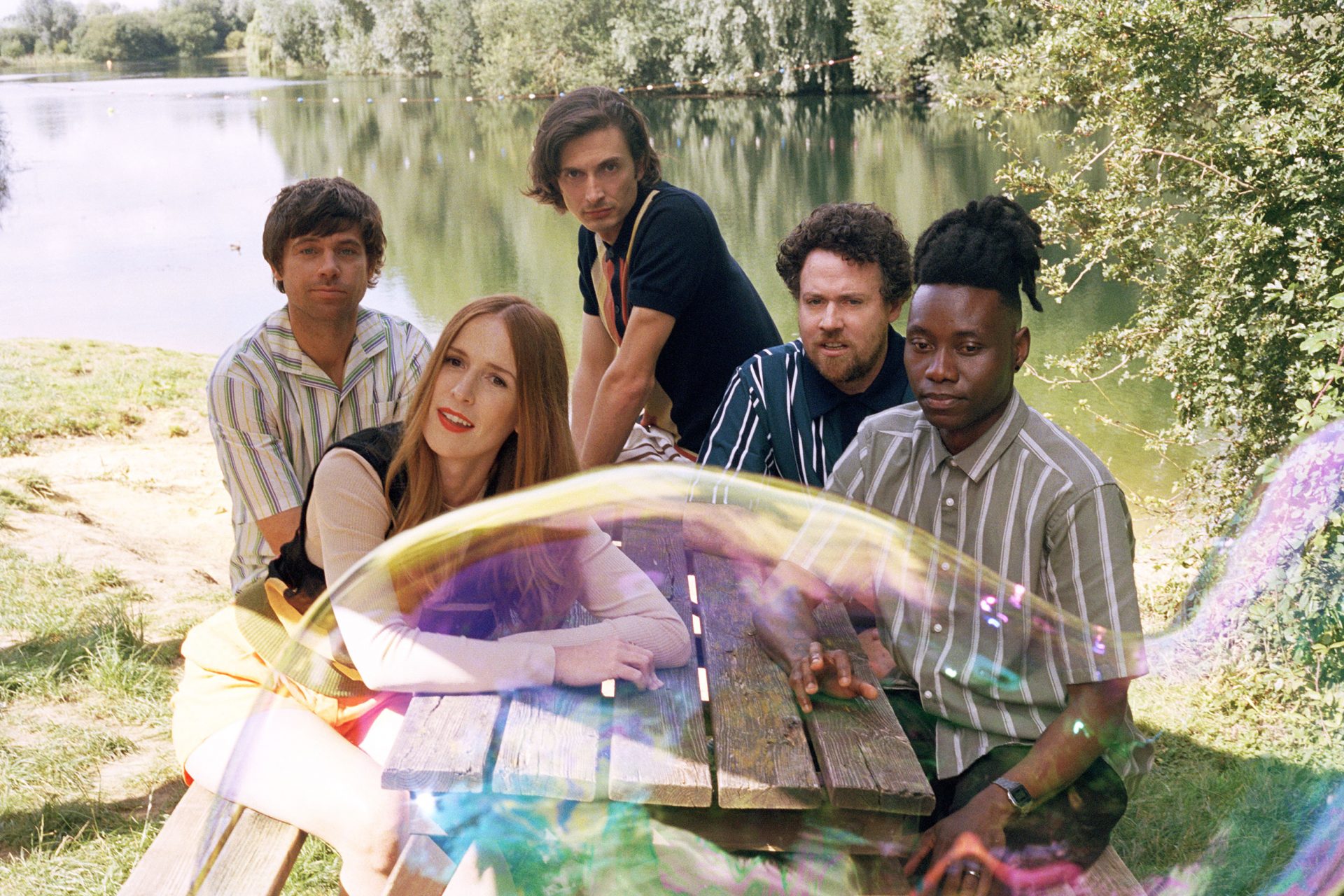 Metronomy polymath Joseph Mount is in Paris on the tail end of a 48-hour quarantine. He’s used to his own company, however, being the lead brain behind one of UK indie’s most loved and enduring groups.

With a two-decade-long career, Metronomy now have seven studio albums to their name, with their latest, ‘Small World’, written during and inspired by the pandemic. The record sees Metronomy at their most zenned-out, a noticeable difference from the bold ‘Metronomy Forever’ of 2019.

Speaking about the three years in which his band have been away, Joe explains: “We had done quite a lot of work on ‘Metronomy Forever’, and we finished a big American tour. When the pandemic kicked in, I was tired and exhausted from being away from home. I was quite relieved to be forced to spend some time with my children and the first eight months homeschooling and doing odd jobs around the house. It’s weird because I really relished that opportunity; it was like a taste of retirement.

“After a little while, I started wanting to do some music. From that point, the record came together very quickly and easily. I haven’t had the space to be like that for years. If you’ve got a family you’re away from a lot, then when you come back from touring, even though you might want to make a record, you sort of feel guilty about it because you’re choosing to neglect your family again. It’s quite nice this time because I’ve been with them 24 hours a day for at least six months. They were happy for me to go and do something else,” he grins.

Lockdown was an overall positive experience for Joe, relishing the rare home comforts and environment that contrasted with his demanding lifestyle as a successful musician. He recognises that not everyone benefited from forced isolation, but does find the shared experience interesting.

“I was thinking how obviously [and] suddenly my world was much smaller,” he says, talking about choosing to call the album ‘Small World’, a phrase he humorously describes as cliche. “That’s not the thing that interests me,” he adds. “It’s more the fact that everyone in the world had the same experience at the same time. I found that really touching, the idea that no one was beyond this feeling. I thought [that] was really nice and comforting.”

Joe continues, “Because of the various lockdowns, I had all these feelings and [what] I found interesting about the whole experience was not necessarily the actual thing itself, but everything that you experienced around it. Like experiencing time quite differently, being in your house for that length of time and not seeing your parents and friends, and how that made you feel. Not spending money in the same way and realising that I’ve just been duped into this way of being, and I don’t need a lot of it, and I’m happier without a lot of it. I tried to take all of those feelings and put them into the record. It’s a mixture of feeling optimistic and then also feeling a bit devastated,” he laughs.

Within this contemplation, ‘Small World’ explores themes around ageing. Already stating that lockdown felt like a faux retirement, it also made Joe reflect on Metronomy’s own legacy and where the band fit within contemporary indie music, having been there since the turn of the century.

“I was in a young, hype, indie band. For a very long period of time,” Joe says. “I was really comfortable with that spirit. You see it with bands where they sometimes don’t accept the fact that they’re maturing. It’s sort of a bit uncomfortable to see, and I guess that’s why a lot of bands end up stopping because they can’t find out where to position themselves when they get a bit older. I’ve been thinking about how I never want to stop; I never want to stop making music. I never want to be kicked out of the music world. I never want a record label to say sorry, no one’s interested anymore!”

“You have to adjust a bit,” he adds. “We’re so lucky with all the fans that we have – you’ve got to try and keep them with you. I’m just always thinking about the next kind of phase of what I want to do.”

Sonically ‘Small World’ is a delicate, hopeful palette – providing a certain kind of ambience that hasn’t been wholly present in a Metronomy album for quite some time. “The last album [‘Metronomy, Forever’] had a scattergun approach to how it sounded, the idea behind it was to be like, it’s all there, and you can pick through it. I like the idea of doing something really focused and concentrated. I was thinking, could you imagine [‘Small World’] being the Metronomy’s back to the roots kind of thing? The music from that world is music that I’m really familiar with, and I spent a lot of time listening to and enjoying.”

Joe’s unwavering love for his art and persistence is paying off, consistently finding new ways to be inspired by everything and anything around him. It’s also perhaps the key to his beloved project’s well-deserved longevity and cult-like status.

“The longer you dedicate to doing it, the more value it has,” Joe says about why he feels Metronomy have managed to keep their reputation after all this time. “I really liked the idea of Metronomy when I was 16 years old, and I really loved the idea of making it my entire life. I’ve always worked and made stuff with that idea that it has to continue; it can’t kind of stop. I’ve always just tried to keep everyone interested, including myself.

“Young people have ideas like, oh, I want to be a professional skateboarder, and the parents are like yeah, whatever. Whatever my children want to do, I’ll just be like, totally. You can do it.”

Taken from the March 2022 edition of Dork, out now. Metronomy’s album ‘Small World’ is out 18th February.