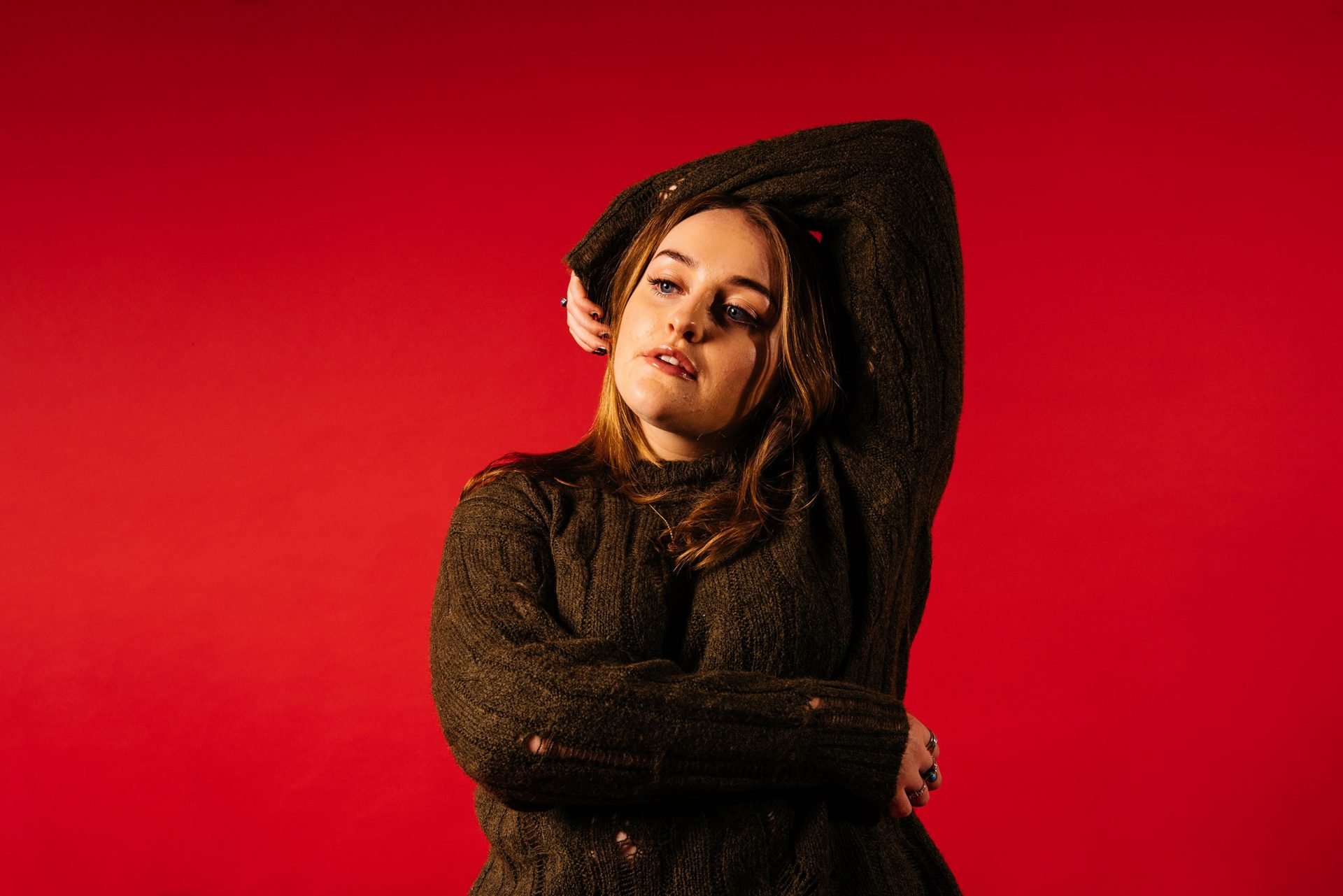 Nell Mescal: “I grew up playing music, but not the way I’m doing it now”

She may have entered 2023 with just one single out and a second dropping today, but Nell Mescal is already making waves.

Nell Mescal isn’t doing too badly for an artist with one single out. In the months since she released ‘Graduating’ – her debut single, a slow-building, emotional track about not feeling sad when you think you’re supposed to, ironically it’s quite the tearjerker – she’s done a headline tour in her home country Ireland, bagged a support slot on tour with Phoebe Green, and guested on stage with Phoebe Bridgers. Now about to release the follow-up, ‘Homesick’, it’s a boppier track about her move to London that explores her versatility.

Currently at her North West London flat, Nell is looking after her housemate’s sphinx cat, both of which have made her feel more at home, but she wasn’t always this comfortable. “I miss home a lot,” she mentions, “but I think that this is where I need to be right now.”

“I’ve experienced a lot of loneliness, and it’s not a nice feeling,” she adds. “It’s funny because I spent three months on my own in London with a very small group of people that I knew, but going home, I felt even lonelier. I didn’t feel like a lot of people understood me.”

“This is where I need to be right now”

Born and raised in Maynooth, Ireland, she moved over to London for a few months after she turned 18, just as both cities were opening up after lockdown, although it was the moving back home that proved difficult. Finding herself a little out of place when she returned to her hometown, she decided to quit school and move to London for good. It worked out for the better.

“It was a big change,” Nell says of the initial move. “When you spend three months on your own in a city you’ve never really spent a lot of time in, you change quite quickly, and I became quite ready to do what I wanted to do. Going back to school, I felt like I wasn’t where I needed to be. I think that when you’re given the opportunity to do something that’s going to make you happy, and something that you want to work hard at, compared to being in a space where you’re not totally comfortable, I decided to make the leap, and I was just trusted on that. It was probably one of the best decisions I’ve ever made.”

It’s all nodded to on ‘Homesick’, a literal change of pace from 2021’s ‘Graduating’, it’s an upbeat indie-pop number that she’d been test-driving live. Although lyrically, it continues the campaign for Nell as the next big indie sad girl. Written during her first-ever trip to Los Angeles, it was the first time she’d written an uptempo track, admitting she was unsure of how to write a happy song and dealing with it by adding a humorous twist to her usual melancholy lyrics.

“The beat’s happy, which was purposely done, to talk about something that makes me a little bit sad, but to provide some sort of hope and happiness, so it’s not all doom and gloom. I went in without any expectations and just started spinning out words and things that made me laugh, but also that I had written then that weren’t funny at the time. I just decided to have complete fun with it and not think too hard about what I’m writing, then wait and see what happens after.”

Growing up in Ireland, Nell was raised in a pretty creative family (probably about time we mentioned her brother is actor Paul Mescal, who she’s previously performed covers with on YouTube), and spent her childhood in choirs, alongside dancing, acting, and playing lots of sport.

Joining a choir named The Glee Club (unfortunately, she wasn’t into the TV show of the same name) at the age of five, she stayed part of it up until the pandemic hit, and calls joining the club one of the best things she’s ever done.

“I specifically remember doing ‘Forget You’ by CeeLo Green, and also ‘Rolling in the Deep’ by Adele, and I remember we were doing ‘Forget You’, and I begged my choir teacher to let me choreograph my group. I wasn’t even a Gleek like, I wasn’t a big fan of Glee, so I feel bad that I was in a Glee Club without ever watching it properly, but I was an original glee member.”

“I have a few ideas for this year…”

She’s come quite a way since her glee days. Recently hopping off tour with Phoebe Green, it was Nell’s first time visiting various major cities in the UK and playing her unreleased material live with a full band.

“I grew up playing music, but not the way I’m doing it now. I thought it was so far away for me at the very beginning of the year. I was like, I just don’t know when I’m going to be able to do it. And then to be able to play so many shows this year has been just incredible.”

She’s found a fan in another Phoebe too, the Bridgers variety, who she was introduced to via Phoebe’s relationship with Paul. Eventually popping up on stage together, the pair performed an encore of ‘Georgia’ – Nell’s favourite Phoebe track – during Phoebe’s residency at Brixton Academy last summer.

“I’m such a huge fan of Phoebe’s work,” says Nell, “and I think she’s one of the most talented songwriters out there. To have someone that close to just be able to speak to about certain things and get advice has been something I really, really value and something that’s been really important to me.” ■

Taken from the February 2023 edition of Dork.