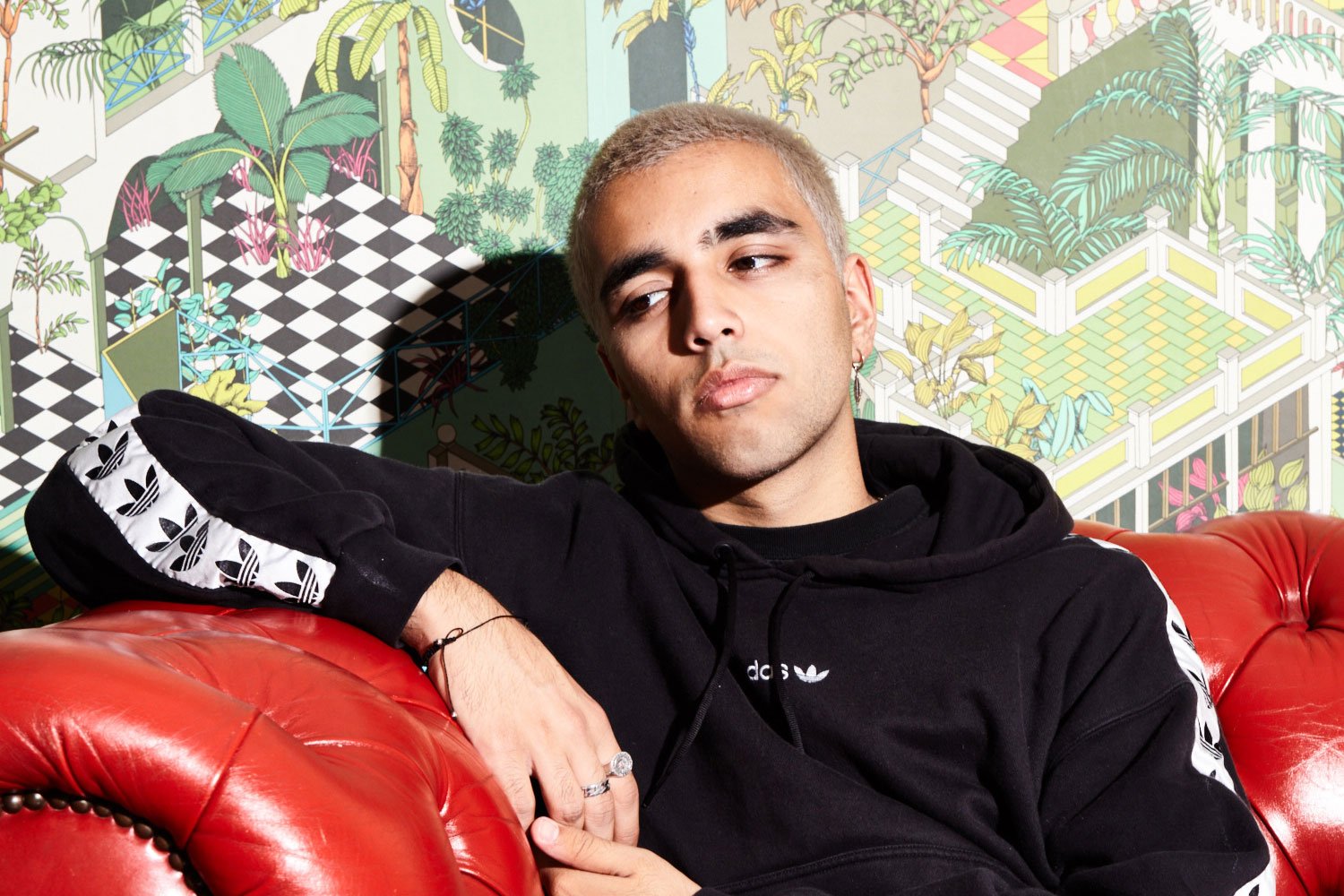 Nick Mono: “I’m 19 years old, and I genuinely would rather go bowling than go to a club”

Londoner Nick Mono is a genre-splicing prodigy on a stratospheric rise.

Nineteen-year-old Londoner Nick Mono is already on the fast track to stardom. With tipster acclaim dripping from his every move, the writer and producer makes music that is perfectly suited for the longer, brighter days. Fitting, then, that his debut EP is titled ‘The Sun Won’t Stay After Summer’. The sound of an artist splicing genres to his own individual design, there’s bits of iconic London acts like Jamie T or Blur, with the breezy, bedroom pop stylings of Omar Apollo. We tracked him down for a quick introduction, ahead of what’s sure to be a stratospheric rise.

It’s getting on for a year since you dropped your debut single, ‘Effy Stonem’ – how have you found that time? Have you learnt a lot? Is being a musician living up to the hype?
It’s been really interesting. I’ve definitely learnt a lot, and I’d say learning is the biggest thing I’ve been doing since that song came out. Learning about myself as an artist and also about the world I’m a part of as an artist. I think something I’ve realised is that the feeling I get from making music surpasses anything else that comes from being a musician. Any cool stuff that’s happened when I’ve released a song or anything like that. Nothing has felt better than when I’m making the songs, which is cool to know.

You do your own producing, right? Are you self-taught? What’s your set-up like?
Yeah, I’d say I’m self-taught in the sense that I never went to school or college for it. But I did watch hundreds of YouTube videos to learn what I know. My set-up is really simple and minimal, to be honest. I’ve got my laptop, mic, interface for my guitar and then a midi keyboard. I just got speakers recently, too. Before that, I would just work with headphones. I want to eventually have an insane studio set-up with a bunch of analog synths and live instruments and shit, but I don’t feel like I deserve that yet. Gotta be earned, you know? So for now, I’ll keep pushing with what I’ve got!

How do songs come together for you?
I always say I don’t really have a method or specific structure I stick to when making music, which is true, but at the same time, I do have a way of making songs that I usually find myself sticking to subconsciously. I typically start with a guitar riff and work around that. So after that, it might be melodies and lyrics straight away, or I’ll start adding drums and keys and shit before I start writing. But more often than not, it starts with a guitar.

Did it take you a while to find your sound?
I’d say it’s just a culmination of all the different phases I’ve gone through as a fan. This is quite a boring answer, but it’s true. When you’re making anything, I feel like you’re always inspired by what’s come before. With the stuff you like, you try and incorporate certain elements of that into what you do and even with the things you don’t like, you know to steer clear of those things. And then it’s about finding a way to make it feel original, which I think just comes down to being yourself and authentic in the process of creating.

You’ve just released your debut EP, ‘The Sun Won’t Stay After Summer’ – how did you approach curating it? Were these songs always destined to be grouped together?
It actually started as another project I had in mind called ‘make a movie’. That won’t ever see the light of day, but it had eight songs on it, and two of them were ‘IDK About You’ and ‘All That You Do’. I also had the song ‘All The Money’, but I didn’t want it to be on that project because it didn’t feel like it fit conceptually.
When I made ‘Rusty’, that was around the time I had just signed, and my intentions evolved, so I decided on creating an EP that was a little shorter and more focused but still felt cohesive. When I wrote ‘Anywhere In The World’ I knew it had to be the last song on the EP, and it felt like it made sense.
The EP was gonna be those five songs initially, but then, quite last minute, I made ‘The Way To My Heart’, and it was my favourite song and still is because I knew it was what the EP was missing. So I would say these songs were destined to be grouped together because they all came around at different points, but to me, it was undeniable that they all had to be on the EP.

What’s the best song you’ve written so far, and what’s special about it?
I’d say ‘Anywhere In The World’ is my best-written song. I think it’s very special, and I have a feeling at some point in the future it’s gonna become a classic. I know saying that sounds quite pretentious, but it’s truthfully how I feel. I just think the lyrics are too important for that not to happen, and I think it’ll find its way to more people at some point.

What are you working on right now, do you have a lot coming up?
I’m working on my next few singles and figuring out how I want to go about releasing those. Whether it leads to a new EP, I’m not sure right now. But I feel really excited about the new music I’m making. I think it’s gonna help me show a clearer idea of who I am as an artist.

What do you do for fun?
I think just going out and being outside is always nice because so much of being an artist is being stuck inside working on music or being online, so whenever I’m out, it feels good. I’m also going bowling every week now. I love bowling. I’m 19 years old, and I genuinely would rather go bowling than go to a club.

Tell us a secret about yourself?
No secrets about me, man; I’m an open book. ■

Taken from the May 2022 edition of Dork, out now. Nick Mono’s debut EP’ The Sun Won’t Stay After Summer’ is out now.