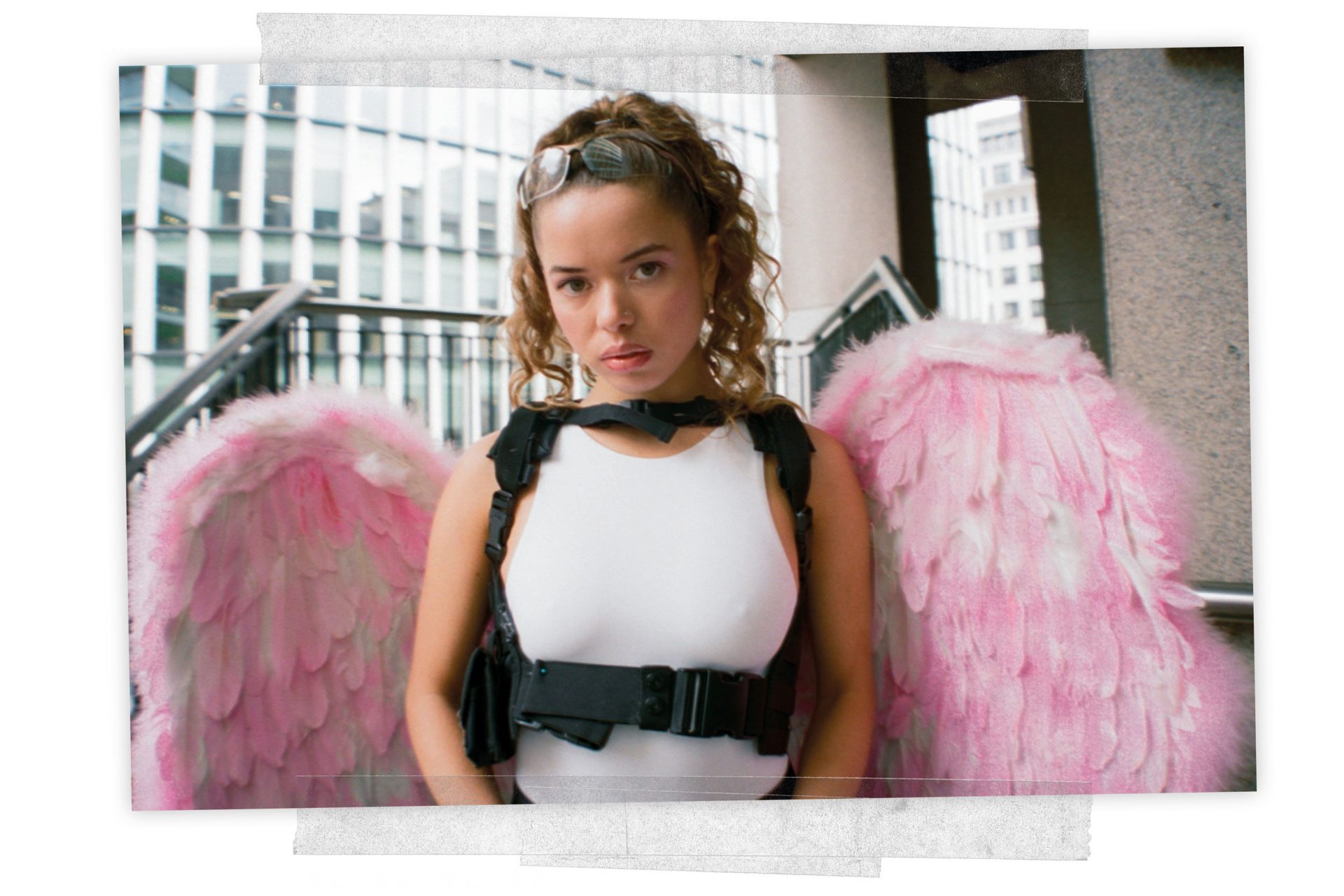 Nilüfer Yanya: “Being creative is a great way to combat hopelessness”

Having kickstarted her career with buzzy SoundCloud demos, then broken through with a standout debut, six years later Nilüfer Yanya is delivering her second album, ‘PAINLESS’ – a raw melding of soul, indie rock and hip-hop.

Once slotting nicely into the ‘lo-fi bedroom pop’ arena, Nilüfer Yanya has evolved into something else entirely – a change that is obvious from the gritty tone of her upcoming second record. Years of creative output have given the London-based musician space to consider the creative value of each release.

“I’m thinking about it all differently,” she confirms. “I’m just in a whole new headspace, really. I have to keep searching for new things, for new… I don’t want to say goalposts, but things I have to reach for next. When I was younger, the idea of releasing an album seemed so far away. I need to imagine the next steps and think about my future more – as an adult rather than a teenager.”

It’s not always easy to stay motivated in an industry where self-promotion reigns supreme. Nilüfer elaborates: “The role of a musician has totally changed, and it’s a big pressure, but it’s a pressure for everyone. The interesting thing for me is that before it became work, it was something a bit closer to my heart – I didn’t have to justify it or make it into something else; it was just my own thing.”

This culture of glamorised hustle left her looking for an escape, often beyond the realms of English doom and gloom. However, family affairs provided a more local grounding: “My aunt lives in the countryside, and my uncle’s got a studio there, so that’s a really nice escape – I did a lot of recording for the album there.”

Despite laying down tracks away from her home base, an enduring cityscape permeates through the record, reflecting an unshakable aspect of Nilüfer’s identity. London can seem distant for those further afield, but people living within the beating heart of the country bear witness to its glories and pitfalls alike. While it may be defined by its multicultural nature, “injustice is always apparent,” Nilufer explains. “It’s become a lot more real because everyone’s had to stop and actually listen to each other.”

Carefully considering how recent events around her have influenced her thoughts, Nilüfer continues: “The space and the environment you live in really does affect the way you feel about life, your future… everything. [On ‘PAINLESS’], there’s definitely that feeling of being caged in and wanting to break free.”

This sense of desperation manifests in a sonic tension, an overarching energy of discomfort. One example of this is ‘stabilise’, featuring the lyrics: “It was a small flat / rotten to the core / still going nowhere.” While this is a narrative song serving to reform a visual from the singer-songwriter’s mind, it is also informed by personal recollections.

“The state of social housing is really rubbish, and the buildings are always breaking,” she shares. “That was especially clear with something like Grenfell [Tower] – if anyone reads the inquiry, the building was near collapse anyway, and that fire just happened to be the thing to set it off.

“The arts are still not valued enough”

“Growing up in social housing, I never saw it as a bad thing, but the way that the UK approaches it is useless, and it has such a stigma attached to it. You realise where you are in the hierarchical social structure, and it’s not a nice feeling. Everyone has lower expectations of people who don’t have a lot of money. It’s not a new topic, but it’s one that’s still really backwards in this country.”

Nilüfer understands the role that sparks of creativity can play in seeing the best in what’s around you. For her, this came in the form of bursaries that enabled musical education in school, which partially inspired her work with Artists in Transit, a workshop scheme Nilüfer launched alongside her sister Molly.

“People say they want to be part of communities but don’t always know how – it’s actually surprisingly easy,” she says of the experience. “It doesn’t take as much time out of your life as you might think it would. Spending time with people you otherwise wouldn’t and just being creative is a great way to combat hopelessness.”

As the UK Government’s Rethink. Reskill. Reboot. campaign – in which they suggested creatives should retrain in cyber – recently proved, the arts are often underappreciated. “It made people wrongly think their skills aren’t useful,” Nilüfer argues. “The arts are widespread but still not valued enough, and seeing them as not being a useful skill is just the wrong way of looking at it. It might not make a huge difference to results in school, but some things are more holistic than that.”

“People do engage with art,” she continues, “but they just don’t realise that’s what it is because we’re only taught to think of art as a picture on a wall. Music is leading the way in helping to change that.”

Over the past year or so, Nilüfer has had ample time to consider further artistic pursuits. “I’d like to write something like a book one day, and anything visual is fun to do to keep myself occupied,” she says, but affirms that no solid plans are currently in place. “It’s a hard part of being in this generation – you can’t plan too far ahead in your life; the stability isn’t really there anymore. You can only take life one year at a time.”

Too young to identify with millennials but too old to really relate to Gen Z, Nilüfer has grappled with her identity. “Part of being an artist is that you’re always trying to figure out who you are anyway,” she claims. “The fact that everyone’s doing it right now just means that there’s more conversation and resources for people to tap into. Everyone having the same questions makes you less alone.”

With Irish, Barbadian and Turkish roots coursing through her family tree, being shackled to a singular city has also somewhat forced these introspective inquiries. “It’s really good to have a steady home base, but I’m trying to feel less tied to this one part of my identity. I’d like to explore more parts of myself properly, in a more committed way.” Having only started learning to speak Turkish this year, it looks like Nilüfer is starting to find time within the capitalistic world of work to expand herself. “As an adult, I now realise that it’s my responsibility if I want to learn these things,” she says. Dealing with struggle, finding creativity within and pushing forward with the intent to grow – this is the pragmatic journey that results in a record like ‘PAINLESS’.

Taken from the March 2022 edition of Dork, out now. Nilüfer Yanya’s album ‘PAINLESS’ is out now.