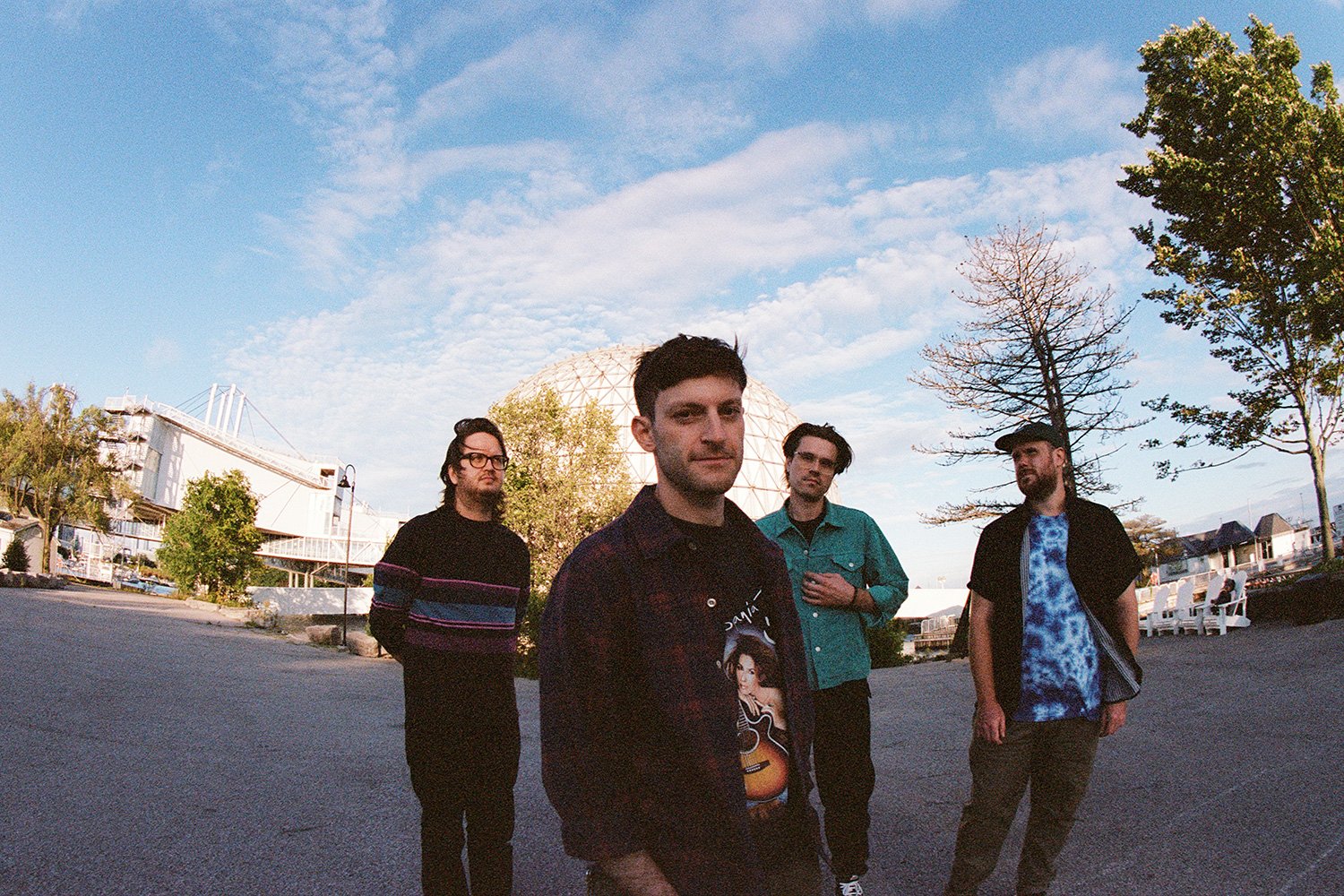 PUP: “This album is front-to-back my favourite of our releases”

Not just a great band but one with something to say for themselves. PUP’s new album demands attention.

PUP have always been the kind of band to draw acclaim while predicting their inevitable demise, but on their fourth album ‘THE UNRAVELING OF PUPTHEBAND’, they’re doing both like never before. Recorded in a bat-filled gothic mansion in Connecticut with producer Peter Katis over five weeks, it’s both the most PUP album yet, and also their most expansive and rule-breaking. We dropped in with guitarist Steve Sladkowski to find out more.

Tell us about your new album – what was your starting point? How were you feeling at the time? Did you have any specific ambitions for it?

The starting point was mostly writing for ourselves as a form of therapy and reprieve. Obviously, with the pandemic swirling around us and the grim uncertainty of the world, we weren’t really sure what our lives were going to be on more than a weekly basis. With that as a sort of backdrop, we really didn’t set out with any ambitions other than getting together to write. Once we began writing, it became very clear that we weren’t writing in the same way we had previously: there was much more open-mindedness in terms of arrangement and instrumentation that we likely wouldn’t have embraced had the writing of this record happened any other way.

How did you find putting it together, did you come up against any unexpected challenges?

Most of the challenges were self-imposed based on the pressure we put on ourselves to do our best with the songs and timeline of the recording process. Otherwise, we’re not really running up against anything unexpected; there are always frustrations that come in the writing and recording process, but we have grown so much as people over the course of this band that we know when to cede space and when to take it, too.

What do you most enjoy writing songs about at the moment? What are your favourites on the record?

Diving into the deconstruction and rebuilding process through constant demoing really allows us to see songs take shape in real-time. That’s becoming more and more enjoyable the more we write together. As for some favourites, I’m proud of the work we did on ‘Matilda’, ‘Habits’, ‘Relentless’, and ‘Bankruptcy’. But really, I feel like this album is front-to-back my favourite of our releases.

What, for you, makes for a good PUP album?

A perfect balance of melody and aggression that feels like it could fall off the rails at any point.

You recorded the album in quite an unusual place – at least, we don’t know of many albums laid down in the vicinity of bats. Did the vibe of working in a place like that influence things at all?

Absolutely. The album’s title is a reference to our state of mind while we were recording. After five weeks in Tarquin Studios – even in the capable hands and elite vibes of Peter Katis – we were making decisions that couldn’t have been agreed upon anywhere else. That feels audible in the record in a really acute and memorable way.

Your debut album turns a decade old next year – what’s the biggest change in the band over the last ten years?

We are definitely more tired, have a few more wrinkles, and get hurt easier. But otherwise, there has been growth through confronting parts of ourselves that we would like to change through therapy, medication, and also recognising that the band cannot be the only thing our lives revolve around. It’s very healthy to be mindful!

It must be nice being able to get back out to festivals and on the road, did losing that kind of fan interaction for a while impact putting together this record? You’re a band that’s always put in a lot of time touring, after all.

I think we were more in need of a break from the road than we would have ever let on had the world not forced our hand. It was important for us to reflect on things and recharge our batteries once we realised that the pandemic was going to stretch on longer, and in more horrifying fashion, than anyone could’ve ever imagined. Broadly speaking, however, we’re not too concerned with fan interaction when writing songs; while we obviously want people to enjoy our music and join us along for the ride, the process of writing itself is one that the four of us do for each other first and foremost. We just so happen to have the immense privilege and good fortune that our very personal pursuit of songwriting has connected with so many freaks out there.

You’re coming over to the UK for 2000trees soon – is there anything you’re looking forward to experiencing while you’re over?

The UK just knows how to put on a festival. Many of our pals on both sides of the pond have had nothing but good things to say about 2000trees, so surely it will be a great time! Otherwise, we’ll be looking out for Pickled Onion Monster Munch and the many other delightful snacks and confections that the British Isles have hidden in its Services.

What else are you looking forward to at the moment?

The lovely caramelised zucchini pasta that my fiancée is making in our kitchen! ■

PUP’s album ‘THE UNRAVELING OF PUPTHEBAND’ is out now.