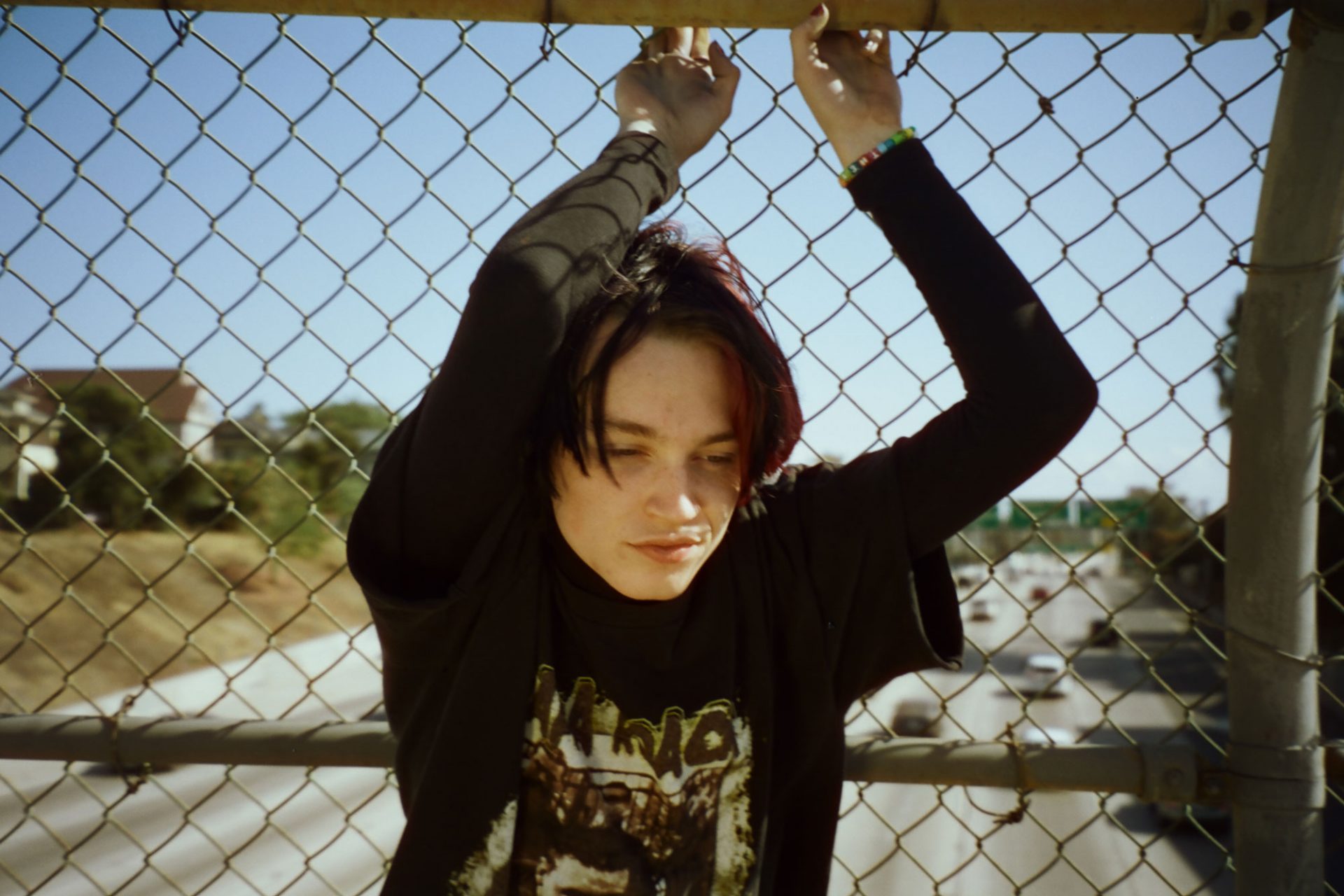 Scruffpuppie: “I had a gut feeling that Saddest Factory was where I needed to be”

Zeitgeisty 20-year-old JJ Shurbet, aka scruffpuppie, is equally adept at turning out an emo-pop bop as they are a heartstring-tugging piano ballad.

Starting out making songs to impress her mum (aaw), before taking off on YouTube as a teenager and then landing a record deal with Phoebe Bridgers’ coveted Saddest Factory (also home to Dork faves Claud and MUNA, ‘FYI’), Wisconsin artist scruffpuppie has made a name for herself via a veritable avalanche of raw, emotive tunes that attempt to deal with the challenges of growing up, most recently adventuring into lo-fi emo-pop and piano balladry.

Hi scruffpuppie! How are you doing? What have you been up to today?
I’m good! I’m currently in a studio session with my buddy, and we’re working on a couple experimental tracks.

What first sparked your interest in music?
When I was about 13, I heard a song by [American folk band] Blind Pilot called ‘The Story I Heard’, which has a line that they yell, which differed from the rest of the song but invoked so much emotion in me. That was kind of when I realised what music could really do.

What led to you writing your first song? Can you remember what it was about?
The first song I wrote was actually a Christian worship song called ‘Lord I Want More Of You,’ and I wrote it to impress my mom with the three chords she taught me on the guitar.

How has your music progressed since then?
Well, it’s definitely not worship music anymore. I’ve explored so many different genres that influence my music today; I love playing with different tunings and experimenting with the chords that can be played in those tunings. I just really like experimenting now, and I think it shows a lot in my upcoming record.

What were your first steps to getting your music ‘out there’, and when did it feel as though you started to gain traction? Was there a pivotal moment?
I had been uploading covers to YouTube since I was 9, but I didn’t really gain any traction until I was 15 or 16. The first video to surpass 10,000 views was my cover of ‘King’ by xxxtentacion; that was what made me start to take things more seriously, seeing that a career in music was possible.

Is being a musician living up to the hype?
I love it. Writing music is my passion, and there are so many things happening now that I’ve signed that are just surreal to me. Not to mention the album Marshall Vore and I just finished. It’s really a dream come true.

The album’s finished? How have you found the process?
The album has been done for a few months now, but the process was so much fun. I loved working with Marshall every day and writing with him. Things felt so natural, and the sounds he and I made are far beyond what I thought was capable of for scruffpuppie.

How did you end up on Saddest Factory?
I don’t really know, honestly. It was just kind of random. One day when I was visiting LA last year, my manager told me, “you have a meeting with Phoebe Bridgers, by the way.” I was honestly shocked. She told me about her label and how it worked, and I honestly just thought it was cool how much like a family it felt like. I had a gut feeling that Saddest Factory was where I needed to be.

What would you most like to achieve during your music career?
I really want to have a sold-out tour one day; playing live is my favourite part about making music, and there are so many places I wanna go.

Are you creative in non-musical ways too?
I really like drawing and colouring; I really want to start doing designs for my own clothing line.

What do you do for fun?
I love skateboarding and watching The Walking Dead with my boyfriend.

Anything else we should know?
Check out my side-project grimtweakr, and my SoundCloud (scruffpuppie), which has way more music than my Spotify! Also, shoutout casper cue, carpetgarden, cmten, stagehoax, postcard nowhere and all my other music besties.

Taken from the November 2021 edition of Dork, out now. scruffpuppie’s single ‘paint’ is out now.