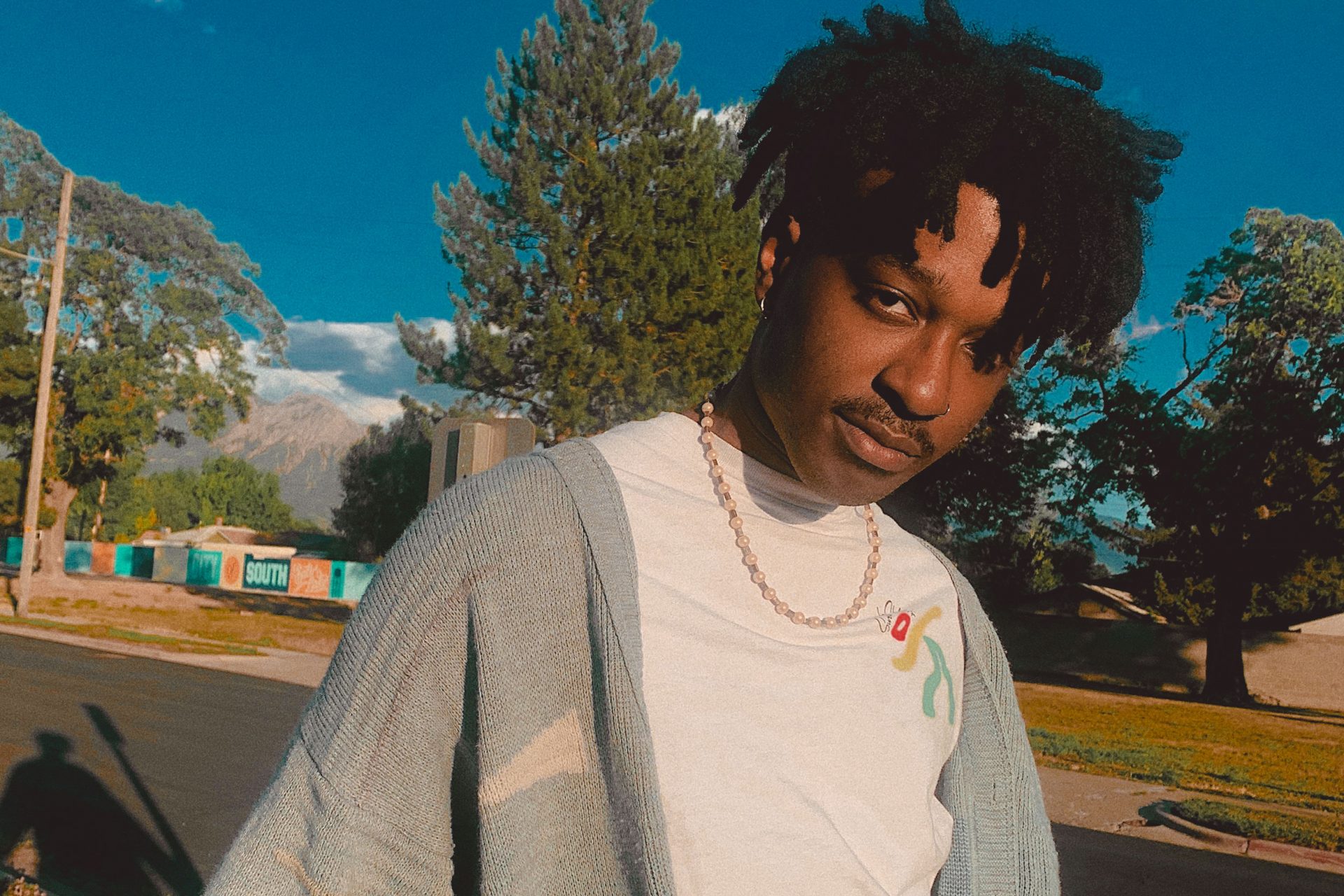 Lo-fi popster SEB has arrived with his debut EP, ‘IT’S OKAY, WE’RE DREAMING’. It’s “the first act to this whole journey,” he explains.

What could be better than sharing your stage name with one of the UK’s greatest pop exports of the 2000s? Maybe creating a viral TikTok hit all alone that kick starts your music career that began mid-lockdown in your bedroom? That’s what happened to SEB, and no, we’re not referring to Sophie Ellis-Bextor (although they do also share murderous singles on their debut records).

Releasing his first EP, ‘ITS OKAY WE’RE DREAMING’, in July, the project was born out of a lockdown rut and written at the most confusing time of everyone’s lives. Featuring the single ‘seaside_demo’, which blew up when a mashup of the track and Harry Styles’ ‘Watermelon Sugar’ went viral on TikTok, and five other killer tracks, it’s part of a trilogy that he’s working on right now.

“I was just trying to figure it out,” says SEB, who’s at home in Los Angeles, where he’s trying not to wake his dog up (you could say it’s okay he’s dreaming. No? Sorry). “In one way, it was good because the pandemic got everything to stop, and I could like sit with myself. But that’s also the bad thing where it’s like, okay, everything stopped. Like there’s literally nothing to do.”

Stuck at home, making no money after losing his job, and reminiscing about high school, SEB turned the most sour of lemons into lemonade, aptly bundling the bittersweet feelings about growing up, perceptions of other people and desire to explore the world into a neat lo-fi, indie-pop EP.

Redefining what it means to be a pop star working from their bedroom, SEB isn’t necessarily ‘bedroom pop’ – he’d rather join the big leagues.

“Sometimes I feel like there’s this notion of pop music that it has to be super clean, super pristine, big studio, big budget. Everything just sounds big. But I’m like, I want the music to be a little more relatable, even in the sonic sense. I want you to hear the mistakes. And then that’s still going to feel just as good as, I don’t know, a perfect Ariana song or something.”

It started as a child in Haiti, where he’d make miniature versions of sculptures from rocks in the back garden. From there, he got interested in comics and cartoons, spending summers in the comic book shop, and eventually found his musical footing in skateboarding.

“It was honestly skateboarding that exposed me to a wide range of music, because when you’re watching skate videos, you could hear punk one second, hip-hop the next second, indie one second, just a whole hodgepodge of things. Eventually, I found my way into music, and that’s where the world sort of opened up to me.”

At only 24, SEB’s already lived quite the life. He’s lived in (deep breath) New York, Haiti, Miami, Oklahoma, and Chicago, before settling down in LA to start his music career. The influences he’s picked up along the way are scattered throughout his music. Oh, and he also worked at Electric Lady studios in New York for a while, learning from the absolute best as Lorde, Lady Gaga, J Cole and more frequented while making their own records. Casual!

“From Chicago on, I was really delving into making music and paying more attention to it. Chance the Rapper and Chief Keef were blowing up; I was exposed to this extreme drill music, watching the videos, seeing all that happening is like, woah, what the fuck? After that, when I was in DC, a lot of my friends were into the underground indie DIY scene, and moving to New York, I started delving into more electronic music. I feel like in each one, it’s like let’s take the gospel chords of Chance’s music, let’s take the general aesthetics of DIY indie music, let’s take some of the sampling and manipulation of the house music, and let’s just smash it all together, and then maybe you get some of my songs.”

There’s a new single on the way in October that’ll properly introduce us to the main character of the next two acts of this trilogy, and he’s working on an art project too, but right now, he’s just playing it by ear.

“I want to do it one step at a time, because I feel like my brain is so sporadic that I need to bunker down one, figure that out, and then once this part of my life is set, let’s move on.”

Taken from the October 2021 edition of Dork, out now.