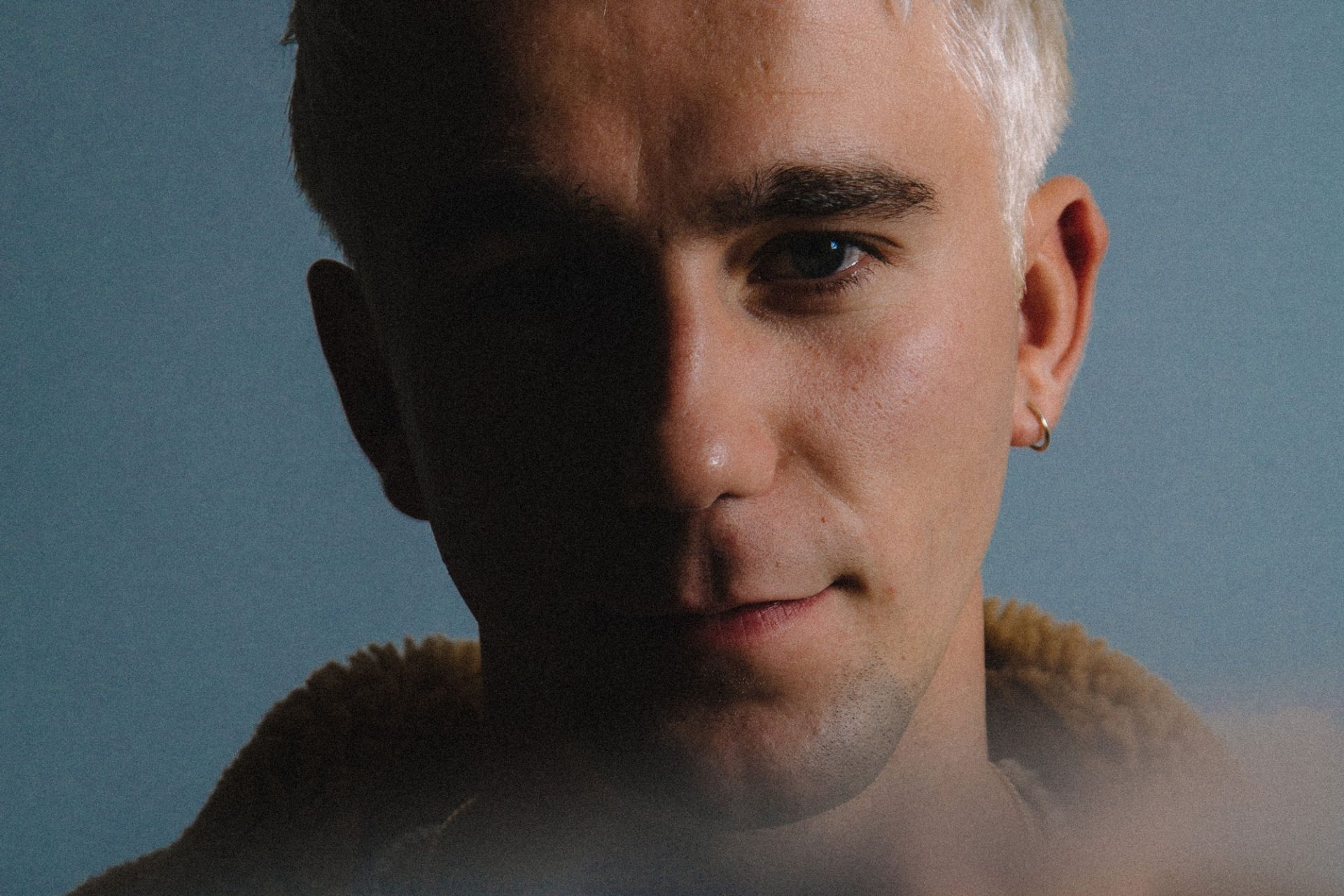 SG Lewis just wants to get back to ‘the club’. Thankfully, he’s made an album to take us back there.

“I would cut my left arm off right now to hear some music I hate and pay 14 quid for a drink. I’d take anything. Sticky floors, busy toilets… all that shit. I cannot wait for it all to come back.”

As he reminisces on life before Covid, it’s clear that SG Lewis – Sam, as he introduces himself over Zoom – misses nightclubs more than most. Since discovering a love for dance music while at uni (“it felt like something I’d been missing my entire life”) the 26-year-old has quickly become known as a multi-threat talent: songwriter, instrumentalist, producer, and DJ are all fitting labels. On a string of releases over the past few years, he’s developed a crisp, unique style of his own, often meshing futuristic elements with a rich analogue aesthetic. It’s a style he shows off to the max on ‘times’, his forthcoming debut long-player which pays tribute to those fun nights he misses so badly.

‘times’ (stylised in lower case because, y’know, cool) is a love letter to the communal hedonism that can only be found on great nights out. He explains of its conception: “It’s about the experiences and the moments you share with people connected to music, whether that’s on a dance floor or in a live environment. I looked back at my life and the things that I care about, so many of my favourite experiences, some of my closest relationships were formed in those environments.”

Escapism is a word Sam uses a lot when talking about ‘times’. Across its ten tracks, you can hear why, as he pays homage to the world of ‘70s disco, bringing new life to a classic sound.

“The last thing I wanted to do was to make a pastiche disco album that replicated things that I heard because it wouldn’t feel genuine or exciting to me. It was about taking the parts of those records that I loved and seeing if I could put them in a new context,” he explains, of his surprisingly studied approach. This meant taking little elements of that sound, “a string sample, the way a bass line moves, even just chord selection”, and splicing them into his own modern style.

“There’s a history of electronic artists and full-length albums not necessarily marrying that well,” he muses. “I didn’t want to throw together ten songs just because it felt like I should be making an album. I had such a strong idea of what ‘times’ should sound like, what its references were. Once I started writing, it was like the lines were already there and I just had to fill in the colours.”

Collaboration is integral to Sam’s process. In his short career so far he’s already worked with an impressive list of names – Disclosure, AlunaGeorge, and Clairo to name a few (he calls the latter “one of the best songwriters alive”). On ‘times’, he upped the ante by securing a musician synonymous with the disco sound he wanted to recreate.

“Nile Rodgers, yeah. I hardly even have to say it, you know. He’s the godfather of so much of this music I’m talking about.” On Sam’s slinky jam ‘One More’, the real-life guitar hero’s riffing is unmistakable. So how exactly does one get Nile Rodgers to feature on their debut album?

“If you’d asked me a couple of years ago to sing on a record, I would have told you to do one”

“He did a week of sessions a couple years back with artists from the UK, and I was one of the lucky people who got to write with him. We got along, and he was like, ‘Let me know if you ever want to do anything in the future’. A year later I had this song ‘One More’ which had this groovy, disco-y bass line. I was like, ‘how can we elevate this record?’”

When manager Grant suggested sending it to Rodgers, Sam was reluctant – “I was like, what? Nah. Even though I’d met him!” – but they gave it a shot and got a yes straight back. “I went down to Abbey Road Studios and played him the record. He plugged his guitar in, hit record, and just started ripping over the top of it for probably 30 minutes. I got to just sit there and watch in awe.”

Nile isn’t the only big-name feature on ‘times’. ‘Impact’, the album’s booming, sweaty climax, gets its soaring chorus from pop superstar Robyn, the result of a successful drunk text. “It was more like a drunk email,” he corrects, casually rattling off the story of how a bunked-off session with US rapper Channel Tres came to give the record one of its crowning moments, when they polished off a bottle of tequila and left the song unfinished to go out partying. Realising they still needed a chorus, Tres, who had been on tour with Robyn, suggested she might be a good fit. “If I could get anyone in the world to be on this record, it would be Robyn. I’m such a huge fan of hers and thank god, she was into it,” Sam grins.

‘Chemicals’ is another of the record’s huge moments, which Sam performed the vocal for himself. Normally more comfortable in the control room than the vocal booth, it was a challenge, but one he embraced. “If you’d asked me a couple of years ago to sing on a record, I would have told you to do one. It was really scary to me. But it’s become my favourite thing to do because I get the most fulfilment from doing things that feel out of my comfort zone then owning them.” The reception to the track, he says, which has become one of his most streamed to date, has been “very affirming”, and signals that there may be more of his dulcet tones on future releases. “I’m in the studio at the moment singing more and more. I’ll always be a collaborator because I love sharing a moment with someone where you realise you’ve created something great, but also I’m enjoying pushing myself to be at the front of that music too.”

Looking to the future, you can bet that ‘times’ will provide the soundtrack to the sorts of blissful moments it was inspired by, when social distancing is a thing of the past. “In every fantasy in my head of post-pandemic partying I have this image of playing ‘Impact’ at those LA parties and just watching sweat rise up above the crowd,” Sam smiles, blatantly itching to get back out to those spaces which he loves so much. “I’ve been lucky enough to go to some amazing parties over the years as a punter and as a DJ. I just want to take this album around the world and throw some really great parties. I want to get some great rooms, get a load of really great people together and have a really fucking great time!” Now that’s a plan.

Taken from the March 2021 edition of Dork, out now. SG Lewis’s debut album ‘times’ is out now.