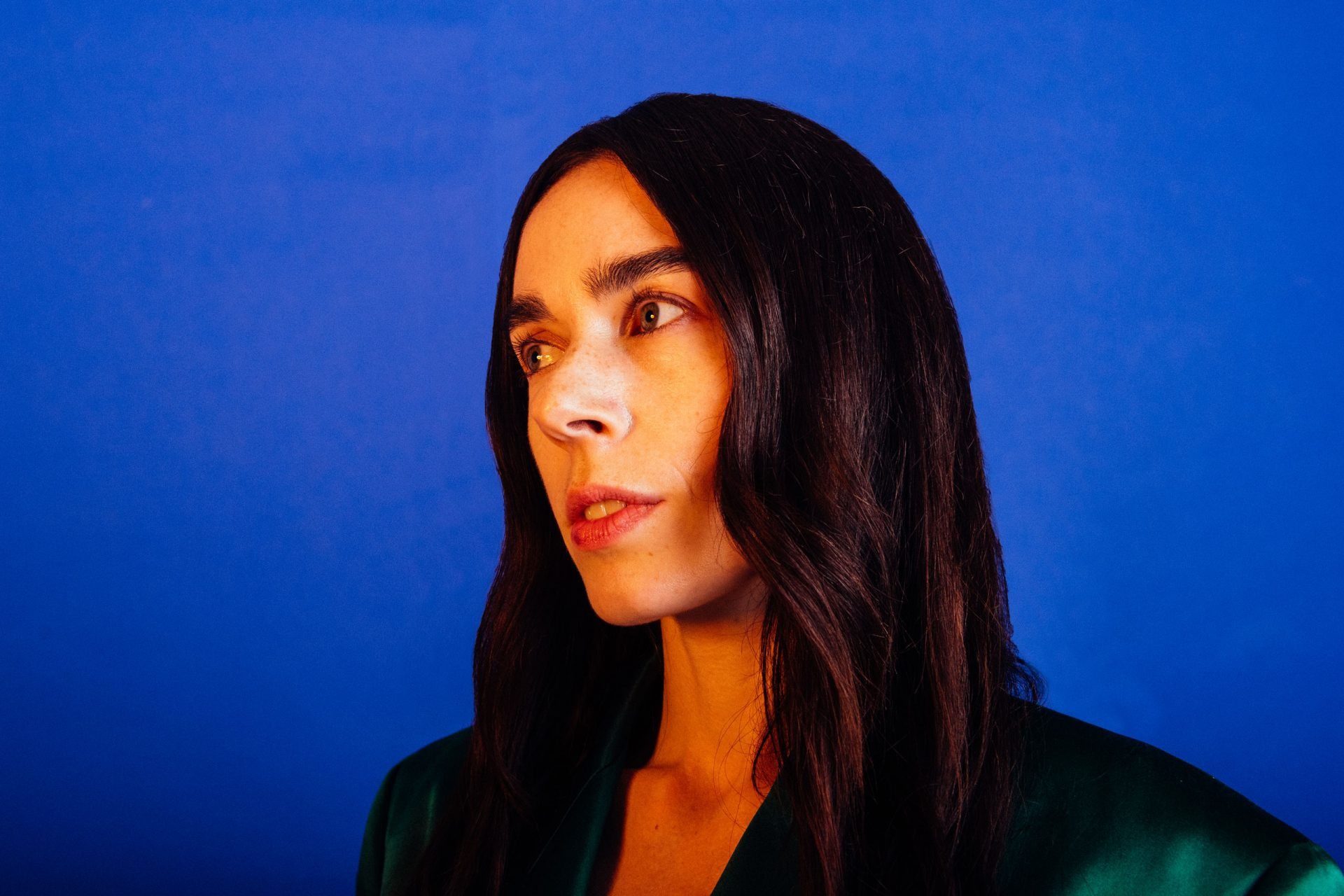 Turns out, poetry can be punk, but – as she releases her debut album – there’s much more to Sinead O’Brien than simple labels.

At long last, the alternative scene’s Poet Laureate, Sinead O’Brien, is bringing us her debut album after years of singles, EPs, lyrical wizardry and rhythmic craftsmanship.

For anyone late to the party, Sinead has been piling on musical intrigue since 2019. “I kept releasing stuff, there’s an album worth of stuff already out, but the album has none of that stuff on it. It’s all-new,” she jokes enthusiastically. “It’s weird when people do a compilation of what’s already out and call it an album. It’s like you missed the chance to make the piece of work. An album is a project.”

Project is an understatement when referring to ‘Time Bend and Break the Bower’, a unified collection of tracks that simultaneously explore a range of sounds while maintaining a consistency and identity throughout. Far from a concept album about a rigid idea, Sinead has curated these songs as a series of layers, each providing context to a larger, more abstract theme.

“It’s not like I have just one thing that I need to say to the world or anything. It’s much more subtle and complex than that,” she explains after a thoughtful pause. “If an artist puts on an exhibition, you get such a sense of that person because you see multiple works next to one another.”

In the past, albums with such undefined themes may have been marked as too cerebral or pretentious, but the undeniable musicality of ‘Time Bend and Break the Bower’ provides a universal appeal. “I don’t care if people don’t get it, honestly,” Sinead laughs. “There are enough people who I think want to engage with words now, and it’s a time where people are thinking’, Yeah, the words have meaning as opposed to just being an instrument.'”

“It’s about experiences and the senses, relating you to the universal”

Despite being labelled a ‘Punk Poet’, Sinead’s writing transcends the moniker of post-punk that is so often slapped onto it. Instead, the sound that comes from Sinead and her collaborators is a composite of countless influences, both from music and the broader world of art at large. “I wanted to get those sort of fine details in. To show more and hopefully confuse people even more about genre labels and all of that rubbish,” she laughs. “People love to know ‘what can we call it?’ And I’m sorry, it’s not a fixed thing. It’s a moving thing, so keep up.”

The few recurring threads in the album are mainly down to concepts that Sinead finds interesting as she explores new areas of thought. The concept of time is mentioned in practically every track on the album, thanks to her long-standing infatuation with the subject. “It’s one of the biggest fascinations for me in life. It’s such a huge, heavy, pounding word,” she offers, going on to describe her methods of interrogating areas of philosophy and psychology over time, each instance providing her most recent perspective. “I’m never gonna have a line that’s gonna say ‘it’. It’s more about the process and getting somewhere. I get deeper. I get more into my head and more around it somehow.

“It’s about experiences and the senses, relating you to the universal. It’s too big, so you really just need a tiny taste of it, and it opens up enough for me to keep going, to keep writing. It’s like tiny bits of fuel.”

The raw creativity and exploration doesn’t end with Sinead’s writing. Songs are then brought to guitarist Julian Hanson for further development. “I only work on my own until I have lyrics and a good structure where I feel it can work on any music,” she reveals. Once she understands the song’s tone, she and Julian will feel it out together, working largely on instinct. “I’ll have lots of different references. Sometimes I’ll bring images.” She reaches, grabbing a printout of Henri Cartier-Bresson’s photograph Boston Common, asking us to guess which track it was used to set the tone for. “It’s actually ‘End of Days’,” she kindly corrects us when we guess wrong.

Sinead’s preparation goes far beyond writing when it comes to studio time. “I had actually drawn buildings, like floor plans, at one point.” She laughs, embarrassed. “Dan was like, ‘I don’t know anyone who makes diagrams and mood boards for songs’.”

The Dan in question is – no shocks here – the album’s producer, Dan Carey, already on a hot streak this year from his work with chart-toppers – and recent Dork cover stars – Wet Leg and Fontaines D.C.

“He just works really well, really fast,” Sinead puts it simply, after listing a million reasons why working with Dan is so great. It’s clearly true – the album was recorded, mixed and mastered in a matter of weeks before the end of 2021. “You’re like, ‘Oh god, we spent a day setting up the sound for the album. Oh, we’ve wasted a day!’ and then you’re like, ‘Oh, we got two, three songs done in a day now. Great’.”

Despite this, there’s no sense of being overly hasty. Instead, everything is handled with perfect accuracy. Most importantly, Dan didn’t keep the mix a secret; everyone involved collaborated on the direction. “It changes a lot. It’s not just like, get the raw materials down, disappear and get back an album.”

One thing most evident when speaking with Sinead: she is passionately creative. Often getting lost in the depths of her observations and the minutiae of her influences, it’s easy to understand why ‘Time Bend and Break the Bower’ could never be considered a concept album. In reality, it is a collection of a million concepts seen through the lens of Sinead’s lyricism and the instincts of her collaborators. Well worth investing some significant time in. ■

Taken from the June 2022 edition of Dork, out now. Sinead O’Brien’s album ‘Time Bend and Break the Bower’ is out now.