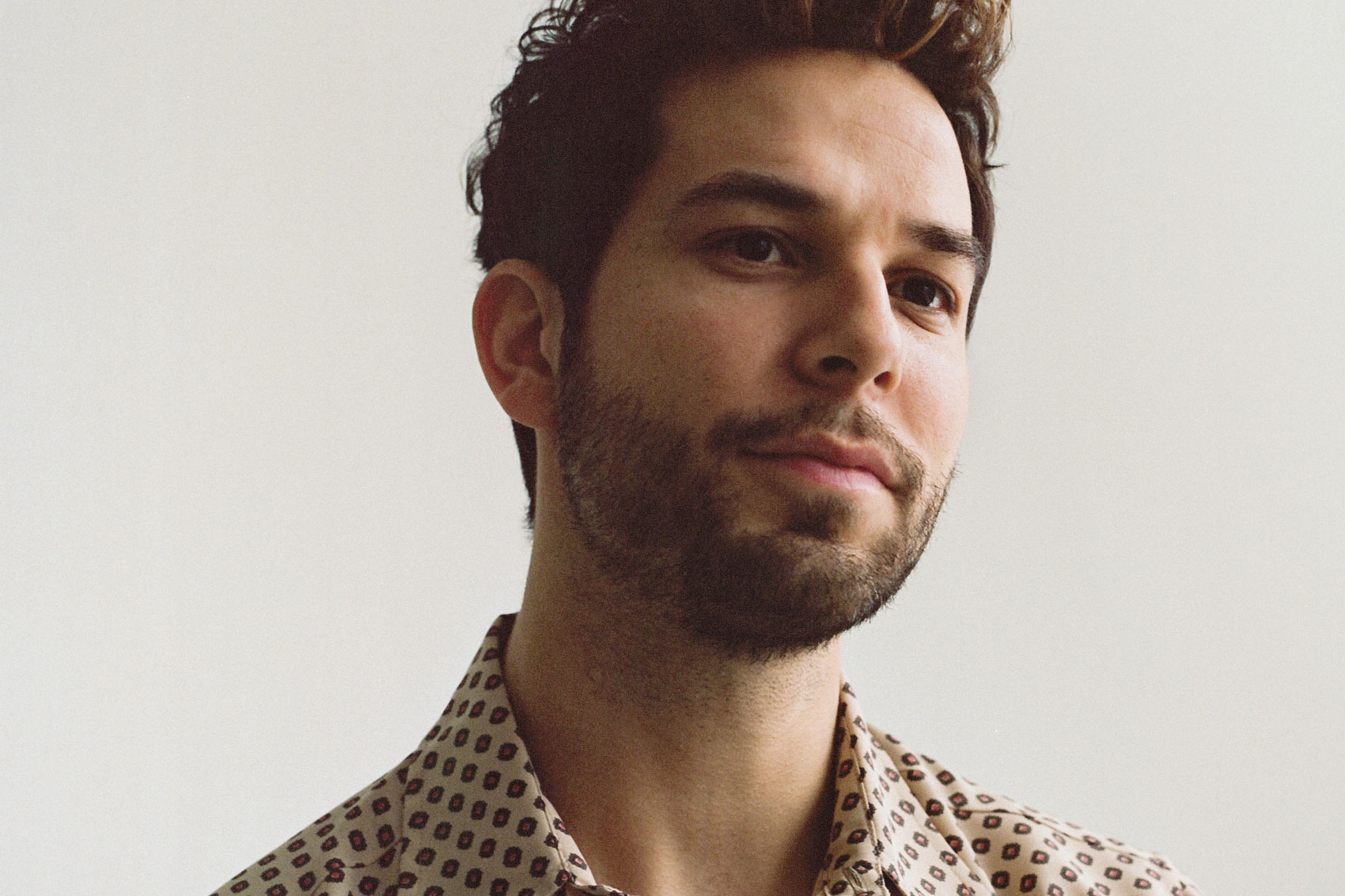 It’s an established fact that if someone gives us the chance to talk to an Actual Famous Person, we’ll grab it with both hands and run away giggling. Skylar Astin fits the bill. Best known for his starring roles in the likes of Pitch Perfect and Zoeys Extraordinary Playlist, he’s dropping a ‘vibey’ new single that’s really quite Tame Impala, hactually. Obviously, we had to find out more.

“I use this term, ‘future band’,” Skylar states. “I want it to sound like we’re in a futuristic band.” He trails off, allowing a moment for the description he’s concocting to settle in. Then he shrugs. “I think that just means, like, synth,” he laughs. A star of stage, screen, and soundtracks, music and performance is in Skylar Astin’s blood. From awe-striking acapella in the Pitch Perfect franchise, to all-out musical numbers in Zoey’s Extraordinary Playlist, and more besides, the actor-slash-musician has already established himself as something of a household name.

“Apparently on Spotify I have almost a half a million listeners, just from the soundtracks that I’ve appeared on,” he marvels. Already lauded as a singer and a performer, now he’s directing his talents towards breaking new ground – by writing and releasing music of his own. “My name is on it, and it’s just a little bit more me,” he portrays with a grin. “I’m not a vessel for someone else’s words. These are my own.”

The first taste of this new venture arrived in the form of ‘Without You’, a stratospheric pop bop with catchy chorus hooks and bouncing rhythms perfectly primed for over-emphatic dance moves. “This one is about the excitement of finding someone new and just wanting to dance with them and wanting to dive headfirst into that experience,” he conveys, reflecting on writing his debut single. “It was really celebratory. It was just a fun, fun time.”

Fun seems to be a crucial ingredient in creativity for Skylar. Whether it’s enthusiasm in the writing process, the energy of the songs themselves, or even hopes for how people might feel as they listen, enjoyment and emotion is key. “It came from a real organic place,” he reflects of the writing process. “It was pure improv, like, eyes closed, ‘what does it feel like?’” Having built up a career performing as other characters, letting his own emotions take the driving seat proved to be an experience that was as freeing as it was fun to dive into.

Asked how the two compare, creating a character’s voice as an actor and finding his own voice as an artist, he’s quick to enthuse how closely related he finds them. “It’s completely symbiotic,” he states. “This would be just as rewarding as directing my own first film,” he adds, referring to the feeling he gets releasing his own music. “It’s just a little bit more me.” Writing and recording as himself, Skylar found new ways to give shape to what inspires him. “I love telling a story,” he expresses, “and I don’t only love telling the story lyrically, but I love building a song.”

Translating his emotions into melody and rhythm, Skylar Astin makes music that sounds as fresh as it feels familiar. “The feeling inspires the melody which then inspires the lyrics, which then gets built out into a full song,” he explains of his writing process. “It could be emotional, if you really feel like you’re pouring your heart into something. It could also feel cathartic, when you get to articulate something that you’re feeling through song.”

“Certain songs feel more like a love song. Certain songs feel more like an ‘fuck you’ song,” he shrugs, laughing. He doesn’t go into detail about any experiences that influence his writing, but the emotions these songs express – and the sense of connection they bring by doing that – are universal. “Whether you want to be cryptic about it, or direct about it, or celebratory about it, that’s kind of what I love about writing music,” Skylar distils.

Releasing his own songs might be a new venture for the actor-slash-musician-turned-songwriter, but writing music has long been something he’s turned to as a way of expressing himself. “I’ve always kind of written my own songs, but kept them almost as a diary,” he describes. “They were very singer-songwriter-y and piano-based.” Recording cover songs on his childhood piano as a way to stay creative through the pandemic, it was the response to these videos that gave him the itch to create something entirely new. “I’m sure there will be people out there that expect this to be me and a piano, which is what they’re used to,” he shrugs. “It’s not a tremendous departure, but it’s an extension that I’m excited about.”

Having already accumulated a fanbase through his performances on stage and on screen, releasing his own records was a natural next step in his musical evolution. With his debut single already released, from where Skylar stands right now, the possibilities are endless. “It’s not like, ‘I’m not acting anymore, this is who I am, and I want people to call me Sky-with-a-money-sign-in-it now’ or something,” he laughs. “It’s just the same old me.”

“As artists, we want to be these creative forces,” he continues enthusiastically. “I think the most exciting part about this is that I am wide open to wherever it takes me.” Hinting towards more song releases, more time spent writing, acoustic track renditions, the possibility of an EP or an album, the potential for live shows, and finding his next role on camera, the message is abundantly clear: everything’s coming up $KY (sorry, not sorry – Ed).

On a more basic level, Skylar’s hopes for his creative endeavours – whatever direction they end up taking him in – are simple. “I just want people to feel lighter,” he conveys. “Literally. That’s all. I just want people to feel as light as I felt when I was writing.” He might not have his future set out in stone, but that just means the possibilities that lie ahead of him can shine all the brighter.

“I want [people] to smile and shake a little bit of the darkness from this past year-plus off,” he continues. “If that means dancing around their living room, if that means making a dance challenge on TikTok, if that means making a comedy video, if it means being on the beach or being in your car, if it means being on a Kia commercial…” he trails off, eyes widening as the imagery practically takes shape before him. “I could really see this thing ripping and roaring through the hills,” he laughs.

All joking aside, his passion and drive (see what we did there? – ed) can only really spell out one conclusion. “I think the sky’s the limit,” he declares. If his first single is any clear indication, as he embarks on this new creative endeavour, Skylar Astin seems certain to soar.

Taken from the August 2021 edition of Dork, out now. Skylar Astin’s debut single ‘Without You’ is out now.