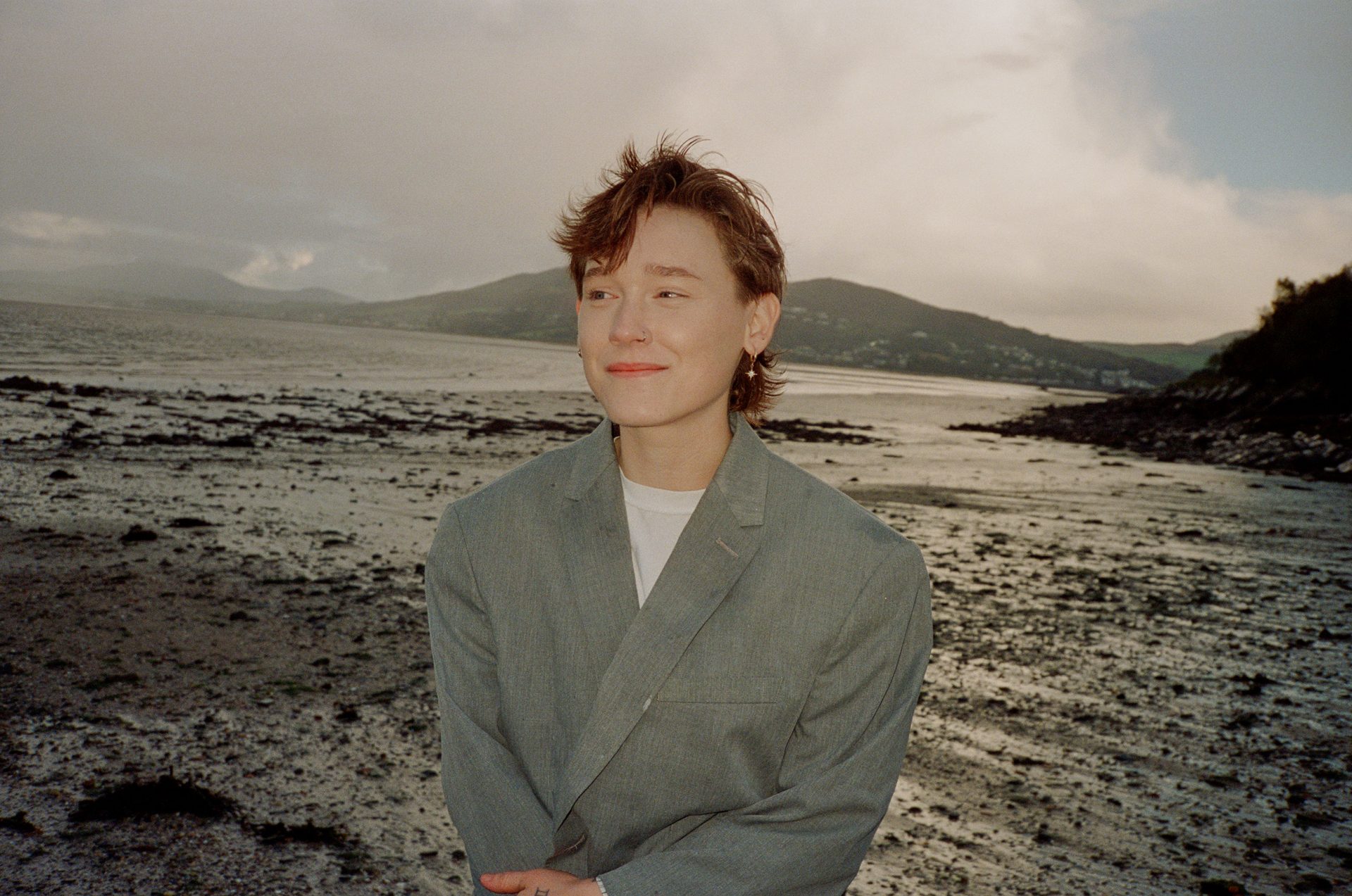 SOAK: “I didn’t want to bullshit anything”

With their latest album, ‘If I Never Know You Like This Again’, SOAK has captured emotion like never before. Bridie Monds-Watson explains how they learned to reach what they’ve been striving for.

We’re constantly capturing memories. With the iPhone camera app perpetually at our fingertips, immortalising our every move is far too easy. Reminiscing on those photos and videos never grows old; the nostalgia is as potent and disarming years on as it is after a matter of weeks. As the months and years race by, there’s something really special about having the chance to dive back into a specific moment in time. For Bridie Monds-Watson, the genius behind SOAK, a vivid recollection of the past is essential.

“I love taking photos. I have hard drives on hard drives of my whole life,” muses Bridie over the phone, tucked away in the Irish countryside. “When I was younger, a good Saturday was me and my best friend Jack getting the video camera and going out for the day making some weird skits. I think they can really benefit each other, music and video and visuals in general. You can tell so many different sides of a story, and you can be so expressive through those means – it’s so fun to play with.”

On the cusp of releasing their third album, ‘If I Never Know You Like This Again’, Bridie has crafted a musical time capsule. Stolen vignettes of nights with friends, crumbling relationships, existential crises, and flashes of earnest truths are at every turn, brought to startling life with every word. Bridie is a wordsmith, above all – on their latest, they prove their ability to suspend a moment in time, cutting deep with every remembered emotion.

“Before, I was overly poetic in an attempt to be more articulate or something, which ultimately removes a lot of the emotion in the story you’re trying to tell,” shares Bridie. “I can look back at all of my songs and know exactly what specifically about the memories I’m trying to capture. I’ve gotten a lot better at doing that now. I’m less about the bells and whistles and more to the point.”

Since the release of ‘Before We Forgot How To Dream’ back in 2015, when Bridie was still in their teens, a lot has changed. Experience and the kind of self-examination that can only come with age fuel this album. As Bridie becomes at home with their sound and artistry, the strength of their output only grows. “I hadn’t strongly felt like I knew what I was doing until now. It very much feels like this is nearly the first record I’m putting out, in a way. It’s quite exciting to finally feel like I’ve found the sound I’ve been trying to get to.”

That elusive sound they have finally landed on is a shot of magic – it’s layers of texture and confrontative guitars that accompany those distinctive SOAK vocals. The pure joy of creation and reinvigorated passion lingers – such a successful debut at such a young age is bound to leave the mark of pressure, but on ‘If I Never Know You Like This Again’, that is completely shaken off. In its place is adrenaline, thrill, and a need to expel this music like never before.

“It’s the first record that we’ve made all together as a band in one room. Everything before that was just me and one other person. We definitely wanted to make it a band record and have everyone come together and play on it for two weeks. Because it happened just after lockdown, I think everyone was so desperate to see each other but also to play music. That desperation comes through in our playing because everyone was so genuinely happy to be there and doing it. It felt like a bit of a summer camp.”

While there’s a palpable happiness and optimism that allows the album some lightness, lyrically, there’s a great deal of internal glances and self-analysis that could read as quite dark. In a sense, though, it feels freeing. ‘If I Never Know You Like This Again’ is an album of understanding, of being at home in yourself. They traverse through the highs and lows of life in your twenties and, along the way, subtly acknowledge their own self – the character traits that are sometimes hard to swallow, the way they react to certain things, their relentless need for positivity even when it’s shatteringly unrealistic. On ‘baby, you’re full of shit’, they sing, “I knew my twenties would make or break me / but what the fuck is this?” That constant tug of war is crucial to the album’s development – between euphoric and devastating, between rain and glorious sun, between lingering and disappearing. Life is unpredictable, so it becomes clear, and knowing which way you might be pulled next is an eternal mystery. For Bridie, capturing that was key.

“I just didn’t want to bullshit anything,” Bridie admits. “I do feel that way all the time, like, what the fuck is life? Your twenties are so pivotal, and there’s so much pressure on them. You finally have to really know where the fuck you’re at. A lot of me naturally wants to be hopeful and jazz things up when they’re a bit shit. On this album, I was like: I’m just going to say it how I feel it is.”

Part of that expression of hope came from the newfound opportunity to push their sound in new directions. On this album, much more focus was placed on guitars and learning techniques. It’s elevating for SOAK’s sound: on ‘neptune’, the guitar is transcendent, and the knock-on effect of pushing at instrumental capabilities is audible throughout. “I definitely invested a lot more in the guitar than I ever have before, and that opened me up to so many different experiments and different sounds that I found exciting. It definitely inspired me to do different things with the guitar. Tommy [McLaughlin, long-time collaborator] has always been my favourite guitarist and watching him play and learning things off him, we just really hype each other up. It’s in that way of, hmm, maybe we could do this? It’s nice. I feel very lucky to know him and have a partner in crime regarding the guitar.”

On lead single ‘last july’, Bridie showcases those newly honed guitar skills – combined with the specificities of their lyrics, they work in tandem to cast a film-like grain across the album. Frequently, Bridie’s work possesses a quality that brings those memories into vivid, moving life. Every recollection has that magical movie moment touch – it plays out shot by shot with all the romanticism of an arthouse piece. From the hammering of rain on a car windscreen in ‘guts’, a seething figure at a corner table at the pub in ‘baby, you’re full of shit’ and moodily hopping on a plane in ‘red-eye’, it’s all heightened and unravelling before your very eyes.

“With every album, you’re trying to build a world, or at least replicate your own, and bring people into it. I love in other people’s albums when you can hear things that have gone wrong, and they keep it – there’s personality in it. We started ‘guts’ one day in the studio, and it was just pissing it down with rain, and it set the mood for the day. Michael, who plays keys on the record, went out and started recording it and we were just like, let’s put that in.”

The album becomes more fleshed out through those moments; the memories it immerses itself in more affecting. A sharp, shaky intake of breath precedes the album, and it is as though in recounting this old ground, there’s a release to be found. “It felt like a relief,” recalls Bridie. “In my life up to this point, I’ve been trying a lot of different outfits and trying to work out what I’m about and what I really want to say. On this record, I felt quite comfortable and confident now I know a lot more about what I want to be. It felt unapologetic in terms of not overthinking how I’m going to be perceived.”

“Everything I do is so stubborn. It’s the best work ethic I’ve ever had”

Of course, in reflecting on your past, you can’t help but line your previous selves up with who you have become. Bridie does so with a gracefulness that can only come with hindsight. Creating the album forced Bridie to get in touch with a new side to themselves, one which proved fruitful in masterfully winding these past versions of who they have been together into one.

“It was cathartic and also really maddening as well,” Bridie laughs. “The way I wrote it, I treated it like a job I go into 9-5 or more, and it was literally only me talking to myself. It was really rewarding, and I definitely learnt a lot about myself, but only hearing your voice is quite the maddening experience. Ultimately, I’ve benefited a lot and learned a lot from the experience. I’m a really avoidant person, so I definitely needed that – I’ve learnt my niche of how I learnt best, and it’s just sheer force. I find so much joy in what I do, but when you get to a bump in the road, it’s very easy to just give up on ideas. Now, everything I do is so stubborn. It’s the best work ethic I’ve ever had.”

Self-aware but no longer self-conscious, there’s talk of escaping the past throughout the album: moving on, moving away. It presents a conundrum, though. There is so much to be learnt from the past, and ‘If I Never Know You Like This Again’ proves that. Those things might be difficult to tread once more, but without these experiences of varying joy, Bridie wouldn’t have landed at the person they are today. “I drive around and listen to the album sometimes because it’s so personal to me. It’s like having a step back into my life and getting to review things. It’s nice when I’m having a bad time to have those boundaries. There are a few songs that mean a lot to me – ‘bleach’ and ‘purgatory’, definitely. Both of those songs are about identity and trying to work out who you are in the world. They’re really huge questions, but they were so necessary.”

In nostalgia and memory, we are free to learn so much about who we are, how we react, what brings us happiness and what doesn’t. On ‘swear jar’, Bridie lingers on a feeling of being on the sidelines, passively watching your life unfold with little intervention. Things are happening, but they don’t necessarily feel like they’re happening to you – you’re external, floating above. ‘If I Never Know You Like This Again’ is a reversal of that. In soul-searchingly navigating the past and pushing new boundaries into the future, Bridie recasts themself as the main character in their life. No longer a spectator, that crucial self-understanding propels them into the light. ■

Taken from the June 2022 edition of Dork, out now. SOAK’s album ‘If I Never Know You Like This Again’ is out now.

The Vaccines: “Ultimately, kids have the best taste in music”