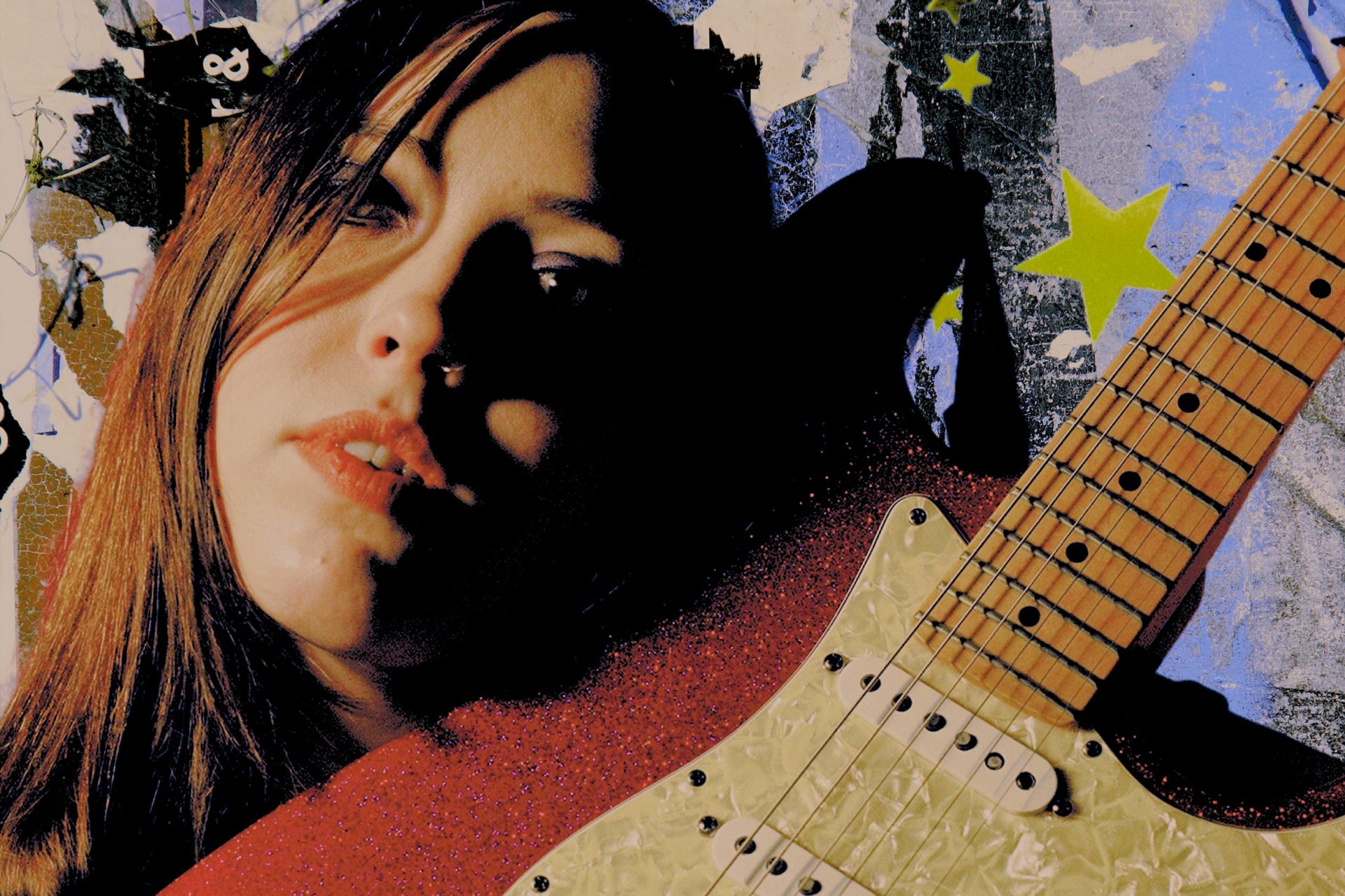 Soccer Mommy: “People who make art are not allowed to be normal human beings anymore”

As a bearded, beanie-wearing Mercury Prize winner once sang, “songs are never quite the answer, just a soundtrack to a life” [ask your parents – Ed].

For Sophie Allison, aka Soccer Mommy, 2018 debut ‘Clean’ captured the breezy carelessness of coming of age, while 2020’s ‘Color Theory’ was a melancholic mediation on the growing pains of getting older, wrapping its warmth around weighty topics such as anxiety, depression, and the void. As she turns 24, a pandemic under her belt and a new album imminent, what is Soccer Mommy singing about on ‘Sometimes, Forever’?

“There are songs on the album about being in love and appreciating the feeling of happiness and simplicity,” she muses from her home in Nashville. “Then there are songs about struggling with paranoia or feeling detached from your life; songs about feeling like you’ve become less than human and you’re just an object.”

Pulling no punches in its delivery, ‘Sometimes, Forever’ is a feverish flirtation with the duality of life. Whether it’s desire and apathy, ecstasy and misery, good and evil, or self-control and wildness, Sophie is battling through the emotions she’s been bottling up.

“I was all over the place”, she quips, exploding in laughter before composing herself. “It took a year and a half to write, so there are lots of different emotions and feelings. There are all these highs and lows. There are feelings of hope and hopelessness, feeling like the world is disappointing. There are times when it’s talking about the beautiful things in life.

“There’s a lot of back and forth between these things that you’re struggling with and then the exact opposite, existing at the same time. There’s a dualism that’s constantly running through it – when you think of the world, there’s so much ugliness, but there’s so much good, and this continual balance runs through the album of all things good and bad, tugging you back and forth.”

Sophie’s no stranger to the tug of war life’s thrown her way. Having released ‘Clean’ at the tender age of 20, she’s practically felt the push and pull of the public eye every day since. While there’s no denying she’s living her dream, ‘Sometimes, Forever’ doesn’t shy away from criticising it, either.

Brooding industrial highlight ‘Unholy Affliction’ shoots its shot straight out the starting gate, chronicling the draining demands of the industry circus she’s been sucked into (“I’m tired of all the money and all of the talking at me, I’m barely a person mechanically working”). Is this the life she imagined for herself?

“I’m not the type of person who enjoys being any type of public figure. I like playing shows, but I don’t enjoy my personal life feeling like it’s on spotlight,” she sighs. “It can often feel overwhelming, especially if you’re not giving yourself time to get away from it and be normal when you’re constantly working. It can be exhausting, feeling like you’re this item for sale, like you can just be bought; it makes me feel dehumanised.”

Spinning webs and selling stories is all part of the job, and living a life in the spotlight is as expected as the rising sun. But it’s not something Sophie’s happy to let idly pass by without comment, nor is it solely a music industry problem.

“It’s hard to blame any specific person because there are so many forces putting us in this situation where we’re constantly selling ourselves. It’s a societal problem of people wanting to buy your story and your personality because we love drama. Maybe we made the mistake of letting the consumer in too much.”

It’s a catch-22. If there are no consumers, there’s really no industry. But the current model can leave our artists feeling dehumanised.

“Social media does not help at all. It creates an environment of not being kind to people and not being considerate that they’re real people,” Sophie explains, exhausted. “Everybody feels they can say whatever on social media. Everyone feels like they can be brutally honest or mean because they don’t like something. It creates a situation where people like me who make art and have a following for it are simply not allowed to be normal human beings anymore.”

With the way Sophie’s been feeling, it’s no surprise she’s been swept up in the confessional poetry of Sylvia Plath. Like Sophie, Plath paid her dues in pop culture, writing about her depression with dry wit. On ‘Darkness Forever,’ Sophie hauntingly whispers ‘head in the oven’ as a sly nod to her soul sister.

“I personally relate to her. I don’t know if she would relate to anything about me, and I wouldn’t assume it, but there’s a certain element to her that is really relatable and understandable. She does that thing of being able to mix darkness with beauty, which I try to do.”

“I count that kind of lick going through the song, and that melody, as eerie. I wanted it to feel paranoid, like it’s keeping you on edge. When I was writing the lyrics, I had this fantasy of fire, purging the soul, and this idea of someone burning down their house to expel all of the evil haunting them. It’s fantasising about the purity that would come from that, not just wanting death or destruction. About the fire cleaning them.”

These fantasies and feelings aren’t just lyrical laments. They’re written into the fabric of every chord, melody and note. The songs themselves feel like rituals. ‘Shotgun’ explodes into summery warmth, and ‘newdemo”s bubbling electronica is a magical broth.

There’s an evolution on ‘Sometimes, Forever’, too. A shift in its sound that’s been slowly developing since ‘Clean’. ‘Color Theory’ went bigger and brighter in scope, but working with The Weeknd and FKA Twigs collaborator Daniel Lopatin (aka Oneohtrix Point Never) on ‘Sometimes, Forever’ was a wake-up call. In many ways, he became her songwriting spirit guide.

“It felt very connected, like we’re on the same page and we’ve got the same ideas. I can sometimes be a little bit more of a big picture person, and it’s hard for me to articulate exactly what we need to make the tone I’m imagining. He just knew what I needed to do. We could bounce off each other.”

It’s that same connection that translates throughout ‘Sometimes, Forever’. Ultimately, it’s what Sophie hopes the Soccer Mommy faithful find for themselves in it. Like all things she does, it’s a duality of decisions.

Taken from the July 2022 edition of Dork, out now. Soccer Mommy’s album ‘Sometimes, Forever’ is out now.