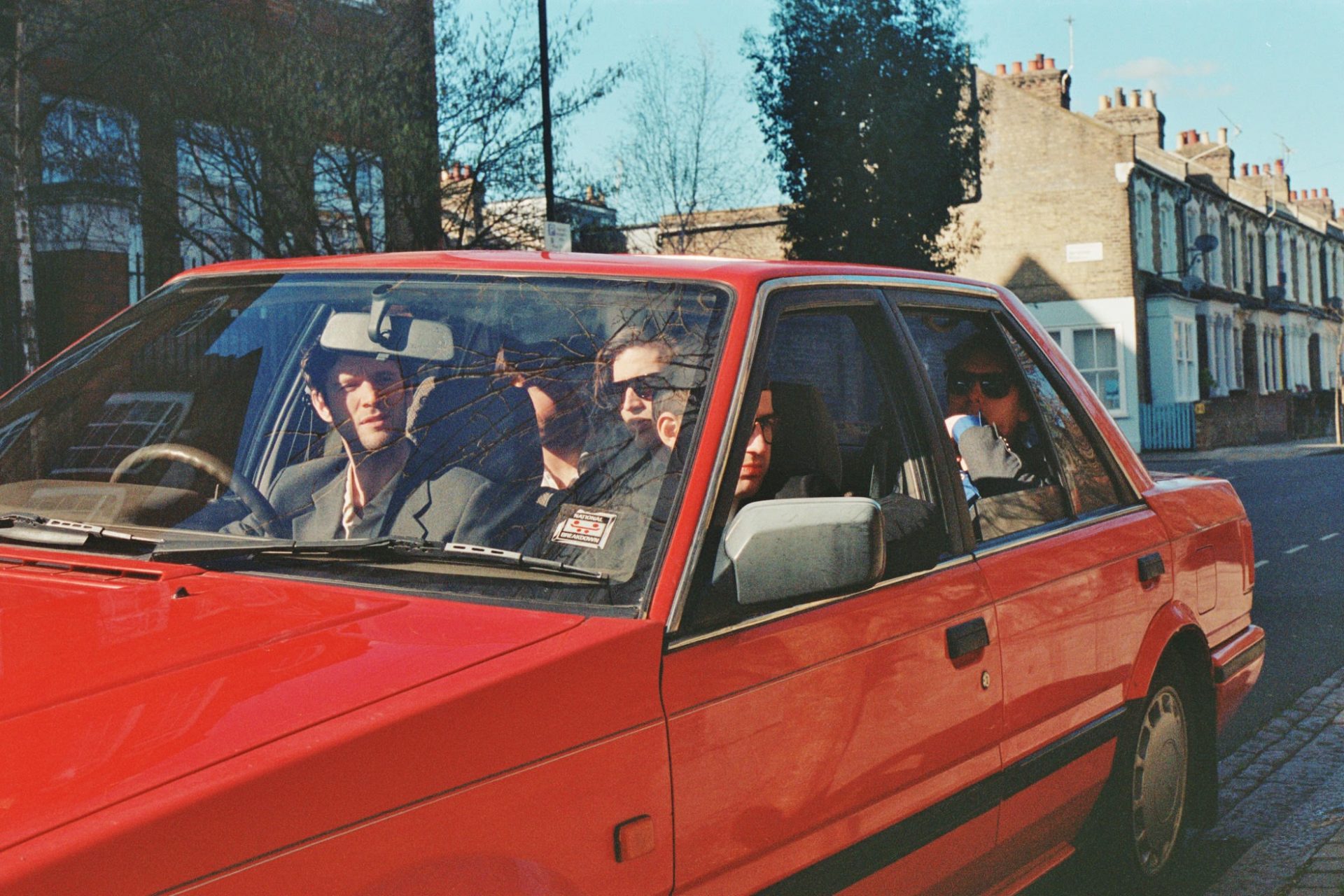 Spector: “You never know when it’s gonna be the last time you see someone”

Spector are expanding out the Spector Musical Universe with a new album, due later this year.

“Nobody can miss you if you’re never gone,” Fred Macpherson muses in his trademark laconic baritone on Spector’s mega comeback single ‘Catch You On the Way Back In’. Well, it’s been a year and a half since the band’s triumphant UK tour, and it turns out we’ve all missed the rush of a Spector gig more than we could have imagined. After a year stuck inside, the euphoria of bumping into each other, soaked in beer and shouting along to ‘Chevy Thunder’ feels like a different life. Thank the indie gods that Spector are back.

After a clutch of brilliant EPs across 2018-19, the Moth Boys are treating us to their first full album in over six years, with ‘Now or Whenever’ due to blast out of our speakers on 1st October.

‘Catch You On the Way Back In’ is a tantalising first peak. An outpouring of melancholia propelled by surging bass and a simple, nagging guitar line, the single finds Spector in their element, another addictive chorus disguising pensive lyrics. “It’s about that sense of anticipation at the end of the night, like are we going to keep this going? Are you leaving? Are you staying? Where you’re like, ‘Oh well, if not tonight, then I’ll catch you on the way back in’. It doesn’t make too much sense actually,” Fred explains, grinning. “It’s about how you never know when it’s gonna be the last time you see someone,” he elaborates. “You get so used to everything being regular, going to the same places, with the same people, and we’ve written a lot about that in the past, the drudgery of repetition, in our social lives and our romantic relationships. And this song is almost like a strange interruption to that; what if it’s the last time?”

Despite the pertinence of the lyrics to interrupted friendships, groups of mates torn asunder as borders came down and pubs closed up, Fred’s quick to point out the chorus was written before ALL OF THIS™, and that “Covid was just in a bat’s mind’s eye at that point.” Still, it’s a sentiment that cuts through as we begin to reconnect and emerge into the new normal of Pints by Appointment. The gloriously Spector album title is guitarist Jed Cullen’s work, but he passes back to Fred to talk us through it. “When we first started, we were in our early 20s, and we were writing songs about being a teenager in the past tense, and I’d always had this fantasy of when we grow up, life is going to be nothing like this. We’re not going to go round in these circles and be fixated on these minor things in relationships. And then various things in lyrics that were about the past started coming back into life, and you realise that a lot of these emotions are actually infinite. It felt like we weren’t just writing about the past, but we were writing about things that hadn’t happened yet or the present in ways we didn’t expect.

“This January was the tenth anniversary of our first gig, and when you look back on ten years of material, you’re like, wow, is this all different, or is this all essentially the same song? Is it set then? Is it set now? Do we leave ‘the past in the past’ to quote ourselves or is the past tomorrow?” Macpherson breaks off laughing. “I’m just talking shit now.”

Recorded in one studio, with one producer under the strictures of going it alone (it’s their first album since leaving Fiction Records), Fred and Jed promise that the record will pay tribute to the energy of their live shows. “When the opportunity of playing live was taken away from us, suddenly we wanted to do that more,” Fred explains. “We’ve got an album that’s full of real performances and real emotion. It’s from the heart rather than the head. At our gigs, as much as people enjoy singing along to our smarmy lyrics, the ones that hit hardest are the ones that are just emotional. [‘Now or Whenever’] ‘s a bit of a racket, maybe, but there’s a tender side as well. It’s a raw, human album where the sound of the playing connects with the emotion of it.”

With debut LP ‘Enjoy It While It Lasts’ turning ten next year, talk turns to anniversary celebrations for the record that launched the band, with album shows, unheard demos and even re-recordings all in the mixer. “You remember this phase and this weird bubble of really intense working on this thing, and I’m really glad that we did,” Jed reminisces. “It’s an album that will encapsulate this moment, this era. With the debut, it’s been ten years, and definitely it feels really potent with memories and emotions, and for that reason, I wouldn’t want to change it.”

“There are lots of demos that would be fun for people to hear, or maybe less fun than we’d think,” Fred jokes. “Maybe that’s really boring, but yeah, we’ll definitely celebrate it, hopefully without having to listen to it from beginning to end.”

“I guess making albums, it’s like the thing where your parents mark your height against the wall and whatever happens in the future, you know you were that height at that time,” he continues, bringing things back around. “We could say anything we want about ‘Enjoy It While it Lasts’ today. We might hate it in 20 years time; we might say, of course, a classic sounding album. It’s just a way to mark where you are, and in a way, I see this new album as both a sequel and reboot. Like when they make a new Spiderman film, it’s within this universe, but it’s a new origin story. I feel like this ten years is almost full circle, and maybe we’ve made our most guitary album ever. It’s a new beginning, but also, it will hopefully make sense when you zoom out.”

With a fingers-crossed tour ready to be announced, the band are bullish about the need for the industry to come together to get shows back on the road. “Venues have been through hell,” Macpherson says pointedly. “The ones that have survived, have survived by the skin of their teeth. Thinking about the number of places that have been lost, festivals, venues, even artists who have given up, it’s very upsetting. So I think all acts have a duty to get live music going when we can.”

Getting back to the places we love and back to the things we know will be the perfect way to shout along to Spector’s new material, inspired as it was by that last marathon run around the UK’s independent venues. “A few points during those EPs, we didn’t even know what was happening next, if there would still be a band. We got to the end of this tour, and we realised, ‘Wow, no, there’s something here’. We need to honour its existence and its past and its present and give it a future.” With a live return tantalisingly within reach, and a new reboot in the Spector Musical Universe primed and ready to go, whenever can’t come soon enough.

Taken from the July 2021 edition of Dork, out now.  Spector’s album ‘Now or Whenever’ is out 1st October.