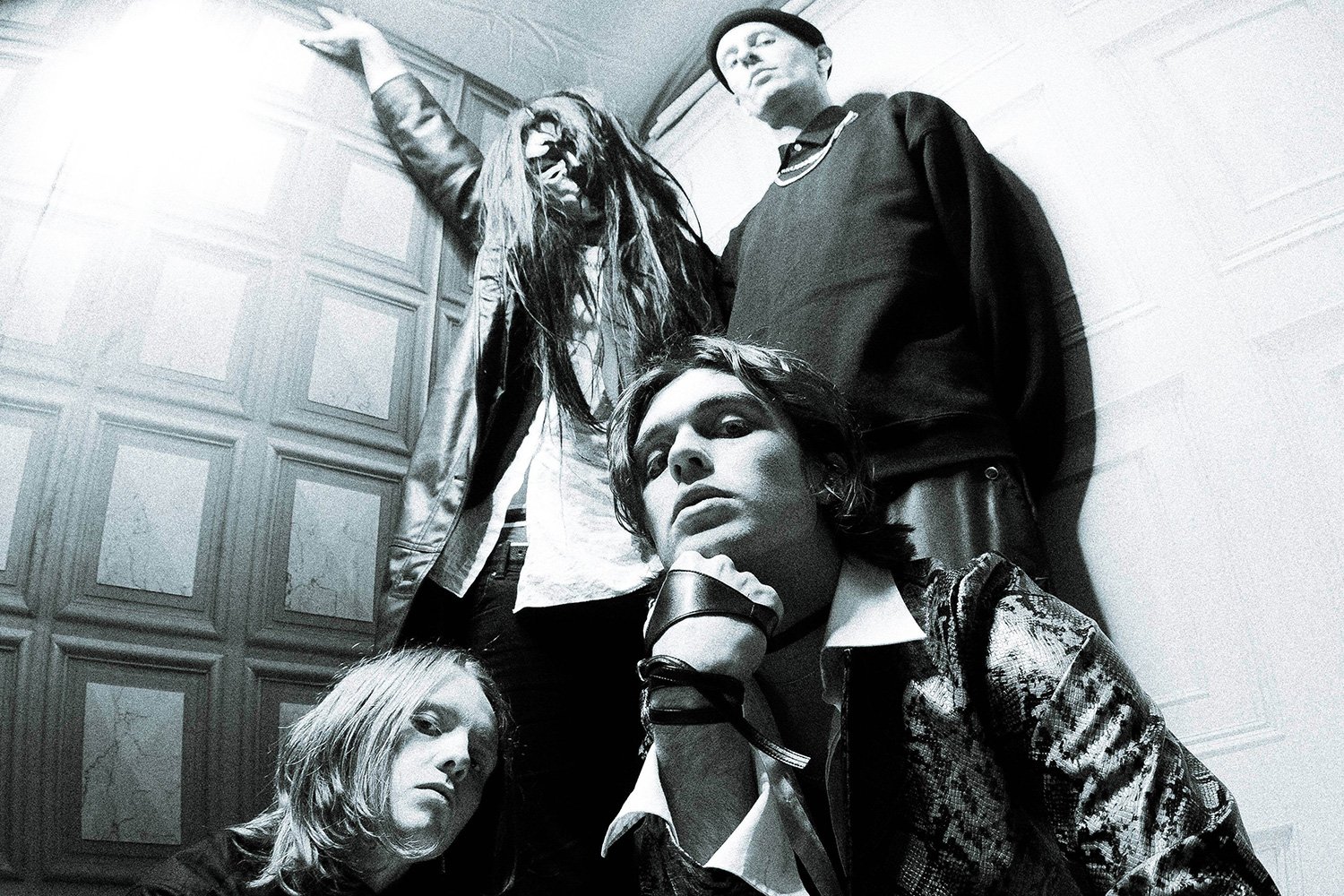 Static Dress: “I want to create what I’ve always dreamed of”

There was once a time where the louder end of the music smorgasbord was seen as something ‘of the past’. With a new breed of fresh and exciting acts pushing through, Static Dress find themselves at the crest of a wave. Smart, inventive and able to weave a universe around their music like few others, their debut album ‘Rouge Carpet Disaster’ is a triumph. We caught up with leader Olli Appleyard to find out more.

Hi Olli! How’s it going, what are we interrupting?
Hello! Currently, we are just over the halfway mark on our first headline tour. It’s been an overwhelming response and really unexpected. Each night has blown the night before out of the water, and that water just keeps rising up.

You guys are about to release ‘Rouge Carpet Disaster’, what does your day-to-day look like at the moment? Is there much to do before it drops?
From the second I wake up, I have at least four things that need to be sorted. It’s definitely the busiest I’ve ever been in my life. I’ve been putting together merch designs, to more simple things like social media posts… the wheel never stops turning – especially at the moment with such a busy summer schedule. But I’m not complaining, though; the opportunities we have are crazy… it’s just A LOT of work!

How did you approach crafting your first album, what was the starting point?
So we started the album mid pandemic and started the recording process in September/October 2020. This was initially going to be our first release at the time, as ‘Prologue’ wasn’t even a thought at this point. But due to delays, problems making the record and the pandemic, this record ultimately took way longer than we thought it would to create and form it into what it is today. But with that being said, all these steps had to happen in order to end up with the product we now have. We’re all really proud of it and hope you’re all going to love it.

Did the concept spring fully-formed or was it more a gradual evolution?
Initially, a bit of both. The concept and idea was almost completely constructed before any music was even put to paper. We have been teasing the album title for nearly two years at this point, hiding codes in images, printing it on merch, hiding the title in videos etc. Throughout the making of the record, though, it gave me more time to really tunnel vision on what I wanted the final idea to be.
‘Prologue’ definitely helped the curation and finding a format for the story behind this record. Even though it was created at the same time, having that project there really helped me with the framework of this album and finding an audible aesthetic.

How do you keep such an ambitious project in-hand, do you have strategies for keeping track of everything?
I know there’s an end goal to everything that we start. Half the time, the chaotic journey in between is what makes the end product so great. I pool all my ideas and store them on one local drive for me, so if that goes missing, then I’m completely fucked!

What comes first – the concept or the song? Do you end up writing songs to fit the bigger plan, or working the bigger picture around the music?
At first, I always have the grand idea of writing to a concept, and finding a way into that, but I’ve found that doing this tends to hinder the writing and gets in the way of true art. So nowadays, it’s more a freestyle of what comes naturally, then that is moulded and crafted to fit the narrative in the post process.

For a band with such creative control of every aspect of their work, you have super high standards. How much of your time is spent creating the imagery and ideas around the music, compared to the songs themselves?
Sometimes, if not more, just as much as time as the music goes into upholding high standards of presentation. This band wouldn’t be able to exist without this world we’ve created, and if one part of the project lacks, then the whole thing lacks.

If you had an unlimited budget, what sort of creative projects would you really love to do? Would you still want to keep that same level of creative control?
Absolutely! I want to create what I’ve always dreamed of and what this band has always aspired to be. I want people to never forget us because of what it’s created, and I think with an unlimited budget, we’d be able to achieve that. Upholding this level of creative control is no easy feat, as I feel like there are times when we could let standards slip, and because I do this by myself, I’m the only person I have to blame.

You guys have packed an awful lot into your time together, and mostly during the pandemic too – what’ve been your highlights so far?
Our headline tour. There was no smoke and mirrors, and we were finally able to see the chaos we’ve created. We have been seeing our real-life fans, and this tour is all about us, not us being the support for another band.

Is there anything else we should know?
For now, dig deeper into ‘Rouge Carpet Disaster’ – there’s a lot to find once you go beneath the surface; that’s both about us and yourselves. ■

Taken from the June 2022 edition of Dork, out now. Static Dress’ debut album ‘Rouge Carpet Disaster’ is out 18th May.