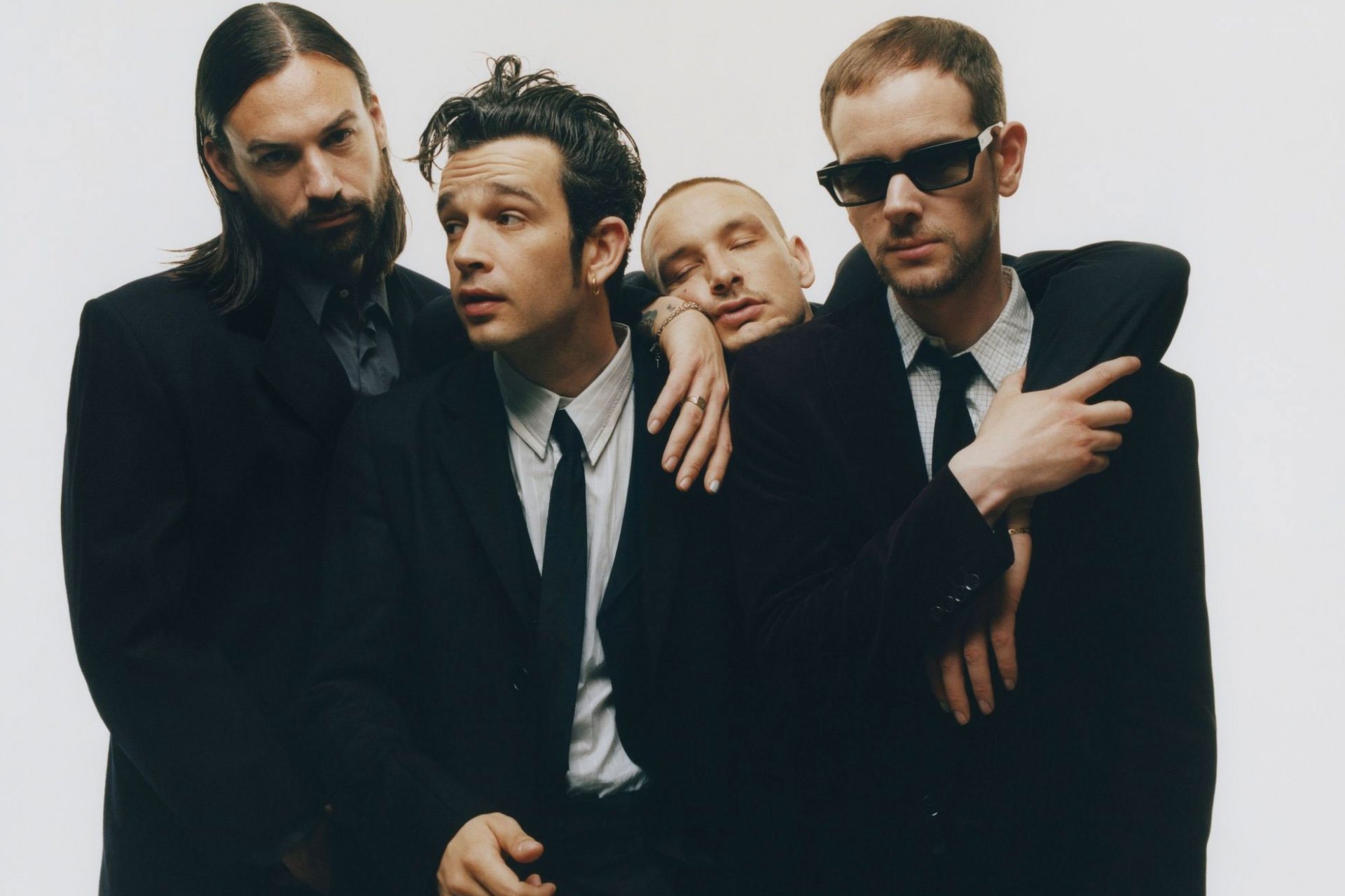 Here’s everything we can work out about what’s going on with The 1975 right now, again

Earlier this year, when The 1975 first disappeared from social media, we put together an ‘everything we can work out’ guide as to what was going on with the band. A nerdy deep dive, when we did it we expected the absence to be short – maybe a day, perhaps a week, certainly not months.

Today, though, The 1975 returned. Given the date – 1st June is an important marker in the mythology of the band – we should have expected it. With that came a whole bunch of new information and cryptic teasing, so we’re back at it again.

Yes, Dear Reader. It’s that time again. Pop detective hats on. Here’s everything we can work out about what’s going on with The 1975. Again.

Earlier this morning, the band’s website underwent a big change. Switching to a photo of a very long Matty Healy (more on that later), it had a new colour scheme – a lovely shade of purpley-blue – and a newsletter sign up form promising “album 5 news first”.

Alongside all the aesthetics was a Dirty Hit catalogue number, DH01242. That’s a code given by record labels to signify a product – be it vinyl, CD, cassette, or sometimes for more creative institutions merch, shows, posters or other miscellanea. It’s one that’s been appearing a whole load over recent months. Featuring on the previous version of the band’s website, it’s been posted places before. Months ago, Matty posted something to Instagram featuring it, and it’s also previously featured in his bio on the platform.

Though those posts have since been deleted – new era, after all – they linked up with other posts (also now deleted) from the band’s frequent creative collaborator Samuel Burgess-Johnson. They also featured the copy “Just a friendly reminder but can we normalise that feeling when guys, I’m crying”. No idea what that’s about, yet.

You can see a screengrab of the original image below.

Still, we can probably guess that that’s likely the catalogue number for album 5.

Longcat Matty is long, and is hiding interesting things

That previously mentioned photo of Matty, which – yes – looks a lot like the internet meme longcat, also holds hidden treats. If you look closely at his jacket, you’ll notice some faintly written copy. It appears to read “la poésie est dans la rue” – a phrase the band have been using for a number of years now, and which has frequently featured in their imagery.

It’s not an original expression of words from the band. Translating toughly into ‘the poetry is in the streets’, it goes back to the 1960s.

Featuring in a number of their videos, it started with the clips for ‘The City’ and ‘Chocolate’ from their self-titled debut. It was later built into the video for ‘Robbers’, lit up on the signs outside the cinema that the two lead characters visit, and returned with ‘ILIWYS’, featuring in the video for ‘A Change Of Heart’, as Healy’s sad clown wanders by an awning in a carnival.

In the Music For Cars era, the translation of the phrase formed part of the lyrics for ‘Love It If We Made It’ and also had a dedicated poster. It also featured again on a cinema billboard in the ‘Sincerity is Scary’ video. Basically, it’s got history.

Not just that, the photo looks to be shot on a beach. Long term readers of Dork’s The 1975 related nonsense might prick up their ears at that. Back in April, news started to leak online that the band were filming a video, on a beach, in Kent. You can read more about that here, but yes – looking at it, and looking at other photos of the rumoured location – it very much could be shot on that same beach. Interesting.

Posters. It’s always posters with The 1975

After the website came the posters. Yep, we have a long history of poster related teasing when it comes to The 1975. Back in the run-up to ‘A Brief Inquiry…’ the band used a number of posters, billboards and assorted outdoor ads to tease themes, ideas and release dates. It seems they’re up to it again.

One fan spotted a fly poster in the wild, featuring the previously shared photo of Matty. Alongside the band’s new logo and website url was a date, 7th July.

Later in the day, a press release from the band’s publicists confirmed it to be “a significant date for the band in advance of their fifth studio album”. Ooo-errr.

So what are we getting on 7th July?

Clever bets would be on a first track from the album – again, we’ll come back to that. Could it be the full album? Bluntly, almost certainly no. After all, that statement says it’s a significant date “in advance” of the record. Also, we think we know when we’re getting the record already. Yep, you’ve got it, read on for that too.

The return to social media

Alongside all this came the band’s big return to social media. It started slowly, with the individual band members changing their profile pictures on Instagram to a delightful serif type version of their first names. Then, later in the morning, their main social accounts returned. Quickly, their Instagrams were cleared out, with previous posts all deleted.

It came alongside a new image, revealed to be shot by photographer Samuel Bradley. Very suave it is too. We’re especially fans of Ross’ Keanu Reeves-esque look. Every inch the world-class assassin.

And then the teasing really picked up

It wouldn’t be the 1975 if they weren’t teasing us. Each band member’s Instagram was quickly updated with three images. Seemingly designed by Samuel Burgess-Johnson, they feature 6 letters. B F I A F L.

So what could that mean? It’s at this point we take you deep down the rabbit hole. In the lead up to the release of previous album ‘Notes on a Conditional Form’, a tracklisting leaked online. On that rundown was a song titled ‘Being Funny In A Funny Language’.

On the official announcement, that title was replaced with ‘Bagsy Not In Net’ – but the original version even still appeared on some stereos when playing the CD version of the full-length. We’re not 100% sure if it was a case of a title being changed last minute, or one track swapped for another in a late switch round, but either way – it’s quite the coincidence that the same first letters, in the same order, would appear here.

So yes, Dork’s official prediction is we’re getting a song, titled ‘Being Funny In A Funny Language’, on Thursday 7th July. Pure semi-educated guesswork, you understand, but it feels right.

So when are we getting the album, then?

We know The 1975 will be back in live action for Summer Sonic in Japan in late August – but we’re not expecting their 5th album before that date. For that, we’re instead going off what Matty has been telling people himself. Take it with a pinch of salt, but multiple fans who have had photos taken with the frontman while out and about at shows, festivals and even on the streets of London, all tend to come back with the same report. October. For now, that’s what we’d put our money on, with the proviso that, at this point, it’s pure and simple hearsay.

Anything we’ve missed? You know where we are. @readdork on Twitter.