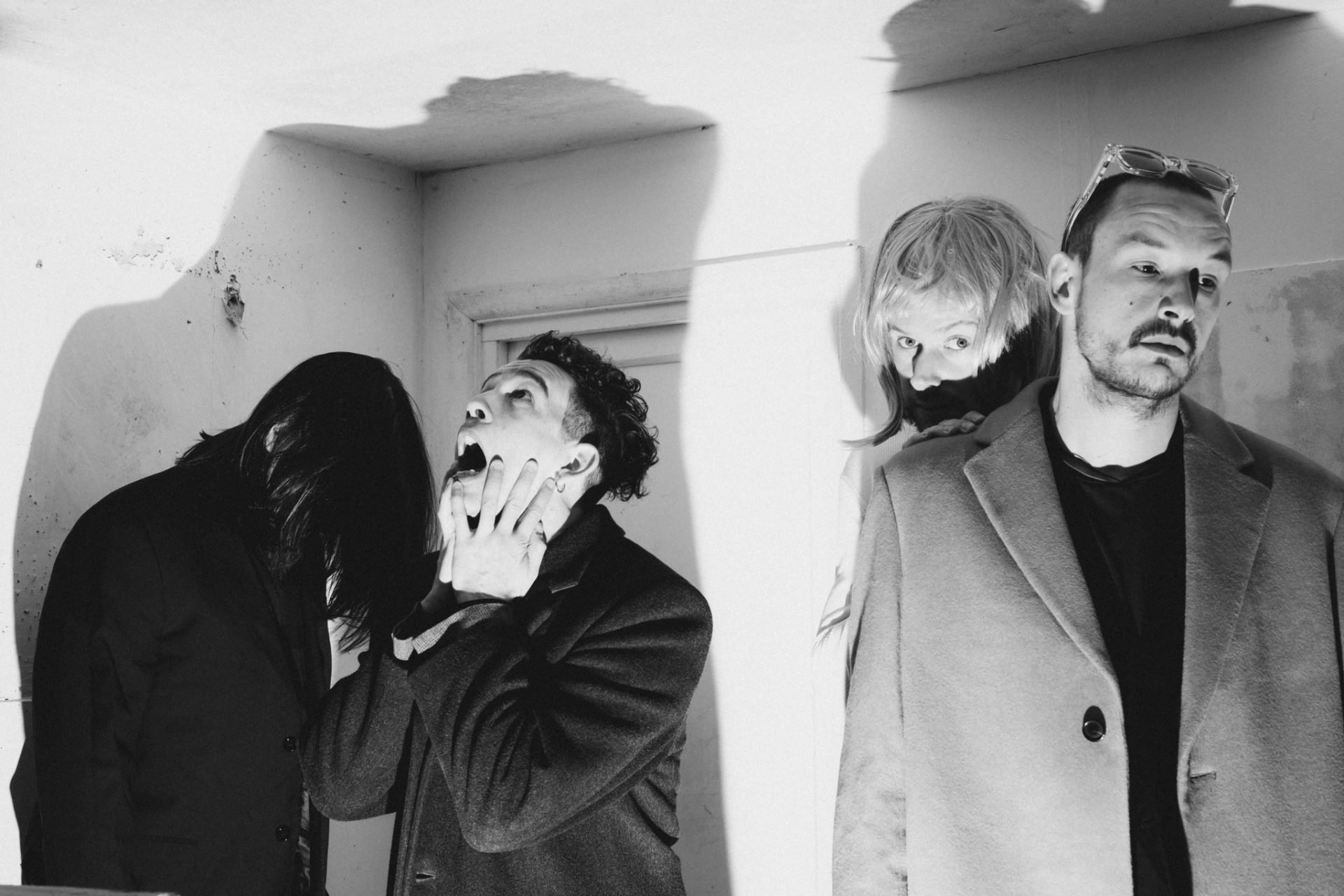 The 1975 are missing. Their social media profiles have been deleted or wiped, their website was removed, and then later replaced with news of two headline sets at Summer Sonic this August. Outside of that, there’s nothing. Silence. A whole fanbase sat waiting, expecting the band to spark back into action imminently.

Usually, these absences are short – quick wipes ahead of a big, involved, teasing campaign of clues, suggestions, anticipation and rabbit hole like trails, leading to new music. But it’s been days, and apart from that one live announcement, nothing.

So, what do we know, and what can we work out? Yes, Dear Reader – don your best deerstalker, grab that magnifying glass, and let the bullshit recommence. Here’s everything we can work out about what’s going on with The 1975.

On Monday morning, the band’s website – the1975.com – went blank. Then, later in the day, their social media platforms all either wiped, or deleted. At the time of press, those profiles are yet to return.

This is a trick the band do regularly between albums – most famously in the gap between their debut and follow-up ‘i like it when you sleep…’. Usually, however, they’re reasonably brief. This latest one has been going on days, and there’s no signal it’s about to end any time soon. Honestly, we’re only writing this article to tempt fate.

They’ve got a show or two

The 1975 have announced two shows this week, despite being largely AWOL. They’re going to play Summer Sonic in Tokyo and Osaka on the 20th and 21st August. They’re apparently their “live comeback” – though it’s not fully clear if they’ll be the first shows they’ll play of a new era, or simply the first to be announced.

They’re in the studio

This we know – or at least, they have been. At the start of the year, a flurry of posts arrived from band members and management, showing the band working away in the studio. At the time, it was pretty much confirmed they were working on a fifth album – the follow up to 2020’s ‘Notes on a Conditional Form’. Something put in stone with the press release that accompanied those Summer Sonic dates.

“The 1975 are currently in the studio in England where they are writing, recording and mixing their forthcoming fifth studio album,” it stated. You don’t get clearer than that.

And they intend to make it “great”, too.

At the back end of 2021, Matty Healy made a surprise appearance supporting collaborator and pop peer Phoebe Bridgers at an LA show. Performing acoustically, he also had a couple of new tracks in tow. Are they from whatever comes next? Not a clue. But they exist.

Alongside the announcement of those new shows came a really rather lush poster. The bold type logo (Univers 93 Extra Black Extended, font fans) also appears on a t-shirt and the skeleton website that reappeared on Tuesday too – perhaps a sign to the aesthetic direction the band will take for album 5.

Said poster also contained a Dirty Hit catalogue number. Long term pop detectives will know these codes are given by record labels to signify a product – be it vinyl, CD, cassette, or sometimes for more creative institutions merch, shows, posters or other miscellanea. This one featured DH01242, which is very interesting indeed.

Why? Well. It’s been posted places before. Four months ago, Matty posted something to Instagram featuring it, and it’s also previously featured in his bio on the platform.

The same artwork was posted to the Instagram of the band’s frequent creative collaborator Samuel Burgess-Johnson too. If you look at the bottom corner, you’ll see DH01242 right there.

As for the text – “Just a friendly reminder but can we normalise that feeling when guys, I’m crying” – not a clue. But while we’re on that topic.

Here’s where we have to get creative, Dear Reader. As well as a catalogue number, Matty has been teasing a string of letters.

Back in November of 2020, the frontman made a post to Reddit. In amongst musings on social media and artistic statements, it finished with an update: “We are making music with/for/alongside lots of other artists atm – we are very creatively active and we will be spending next year making GHEMBLABMSSLMFIYOYFIM”

So is GHEMB a thing? Is it an album title? What does it stand for? Is it just Matty smashing a keyboard and having a giggle? Has whatever it was changed by now? Who knows.

There’s a new promo photo, and it’s a bit weird

Why is Hann in a wig? What’s going on with Ross? Why is Matty screaming? Hello George.

The curious case of DLID

At one point during the pandemic, Matty and co were working on something related to their pre-1975 guise Drive Like I Do.

Happening at around the same time as he started teasing the aforementioned GHEMB (so maybe that was actually a DLID thing? – Ed), Matty suggested that something from the band would be out in February of 2021.

Before that, Matty touched on the chances of a DLID release while talking to Dork for our June 2020 cover feature around last album ‘Notes On A Conditional Form’.

You don’t want The 1975 to ever look backwards, so where does that leave Drive Like I Do?
Drive Like I Do is different because it’s always inherently been that idea of a retrospective listen.” (because they only got popular after they ‘broke up’ and became The 1975). “People do listen to these songs, they do exist, and people do love them regardless of my opinion of them so it would be nice to put them somewhere formally. Probably a vinyl of the first album, 2002-2007 or something and on the same day, I want to drop a new Drive Like I Do record in the same way (seminal emo band) American Football realised ‘oh shit, people love our band now and we have a bunch of songs we never made’. There’s a load of DLID songs that people never heard. I’ve never had the time to do it either. It’s always a nice idea but I’m always working on stuff like ‘Notes’. If I write something really good, am I going to keep it for DLID when I’ve got Notes coming up? It’s just not been realistic. However, I wrote a couple of new DLID songs and we recorded them the other day. I’ve been listening to them and it’s really exciting. I remember Hann saying they were ‘peak Drive Like I Do’ when he heard them. It’s weird because it is DLID. It’s a different band, it had it’s own style.

Obviously, said DLID release never appeared. Does it still exist? Has it been pulled into the new album from The 1975? Who knows.

Whatever the new album is, it’s apparently “so beautiful”

That’s what manager Jamie Oborne is saying, anyway. But he would, wouldn’t he?

There’s been all kinds of teasy posts, actually

Look at them. Loads.

So do we have any clue at all what is going on?

No, not really. Sorry.

Anything we’ve missed? You know where we are. @readdork on Twitter.