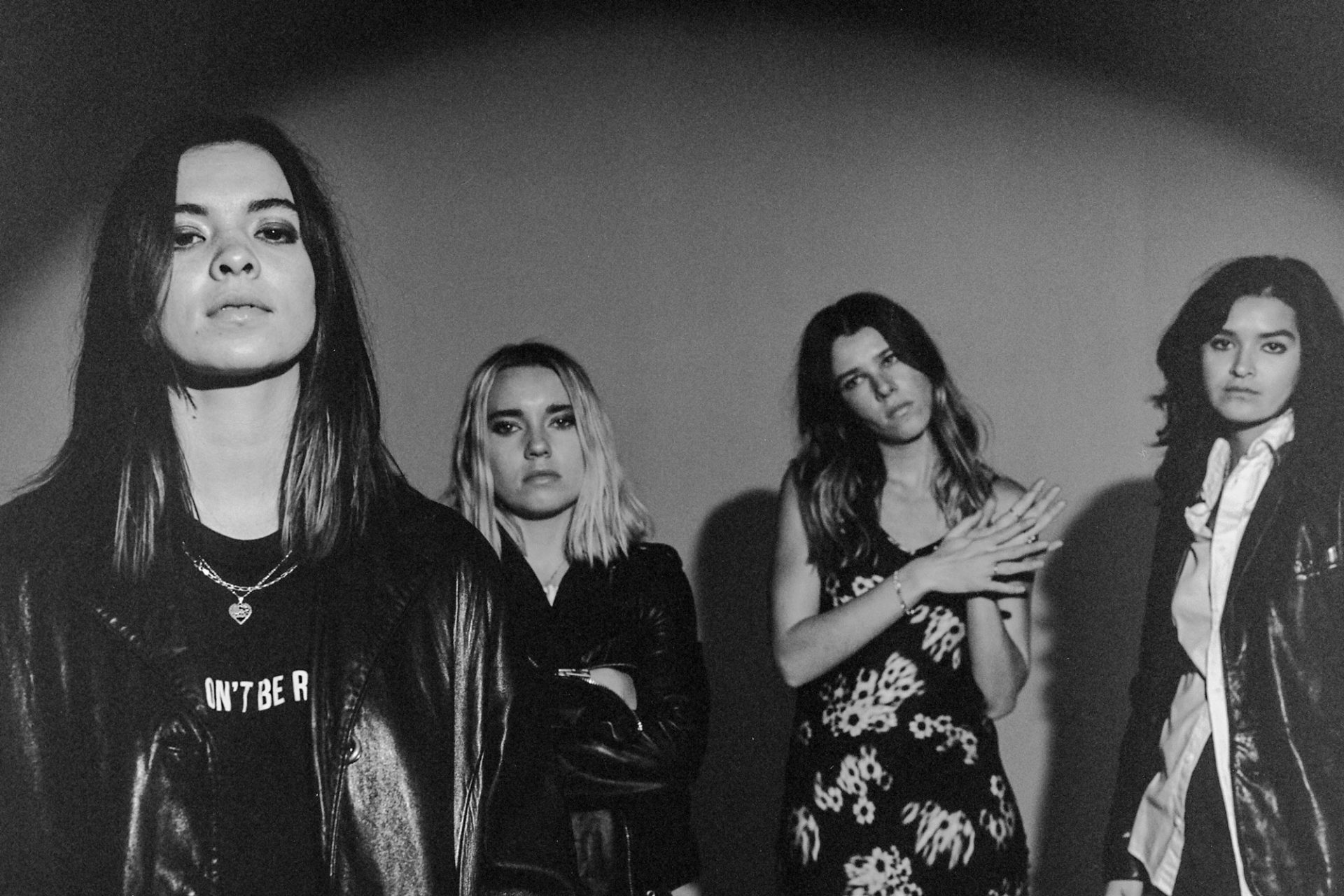 The Aces: “The societal idea of mental illness is still so behind”

The Aces are back with a one-off single that wears its heart on its sleeve.

Returning after the release of their second album ‘Under My Influence’, The Aces are back with a new bop. On ‘Don’t Freak’, lead vocalist Cristal gets real about her experience with anxiety and panic attacks, both heightening over the past year.

Their first release of 2021, it’s a track that builds on their already summery sound into a 1975-style banger, complete with a big gospel chorus at the end.

While 2020 might have left many bands feeling unmotivated – and The Aces are no exception – the girls used the second half of the year to refine their sound and identity as a group, creating one of their strongest singles yet. Released right at the start of Mental Health Awareness Month, it’s a particularly personal song for Cristal but a necessary one.

Catching up with Cristal, Katie, McKenna and Alisa over Zoom, we chat about ‘Don’t Freak’, their year in quarantine, and their journey to self-actualising as a band (plus a lil’ about their new starring role).

Hi! What can you tell us about this new single?
Cristal: This single is a really personal one, it’s super personal to my experience specifically, and I know Ken also struggles with anxiety and panic attacks.
Alisa and I wrote this song in the studio, and it was originally called ‘Don’t Speak’, which was about a casual hookup. We loved the melodies, but we both were just like, that doesn’t feel like a necessary story to tell; it isn’t super authentic to us.
But then Alisa was texting me, she was like, ‘What if we made it about your anxiety and your panic attacks?’, because that’s something I’ve been really struggling with, in the quarantine specifically, having really severe panic attacks. She’s like, ‘You’ve been going through so much right now with that, and I’m sure so many people have as well’.
So I started thinking. I was like, ‘Don’t speak?’… ‘Don’t freak!’ The societal idea of mental illness is still so behind, and there’s no patience for people who struggle with their mental health; it’s very much, just don’t. Why are you anxious? Just don’t be, you know? Anyone who struggles with it knows how difficult it is and how it’s not something you can control; it’s something you have to learn to manage, and it can feel really humiliating and shameful when people are kind of just like, oh just get it together.
There’s a lot of judgment, still, I think, on individuals who struggle with their mental health. We need to be talking more, not only spreading awareness about mental health as a thing, but talking about how we treat people with mental illness and mental health issues, because we have a long way to go with that.

So this track coincides with Mental Health Awareness Month – was the release of it then intentional?
McKenna: It just worked out that way. We figured out after that it’s the same month. That’s awesome. That’s perfect.
Katie: It was destined to be a part of that month, but originally we didn’t know when this new music was gonna come out, but I think it’s definitely the right time for it.
Cristal: It was minorly intentional once we realised that we were like, yo, that’s really cool. We need to make that known and feed into that because it’s really important.

Have you had the track a while then?
Alisa: Actually, this is a really new track. I was just talking with Cristal about this the other day; it feels really exciting to put something out that we only created recently. Normally when you’re releasing songs, they’ve been in your Dropbox or wherever for almost a year before you get to put them out into the world. And we wrote ‘Don’t Freak’, I want to say beginning of February? So it’s only existed for two months, which feels really nice. It’s still such a fresh new song to us as creators and artists; it feels really fun to still be so excited about it and getting to put it out to the fans, too, while it’s so fresh on our minds.

Is there more stuff to come?
Cristal: We can’t say what. We’ve finished a wavelength that is just fucking sick. It’s so real to who we are. I feel like we connected back to our core roots of the band we’ve been since we were tweens and teenagers, but in an elevated adult way. It just feels really real. So there is more music than just this song. There are no dates, and there are no names or anything. But yes, we have a lot of new music that we’re so excited about.

Anything else we need to know?
Cristal: Well, we are on a new show on Hulu called Exposure, and you can see some performances in there if you tune in.