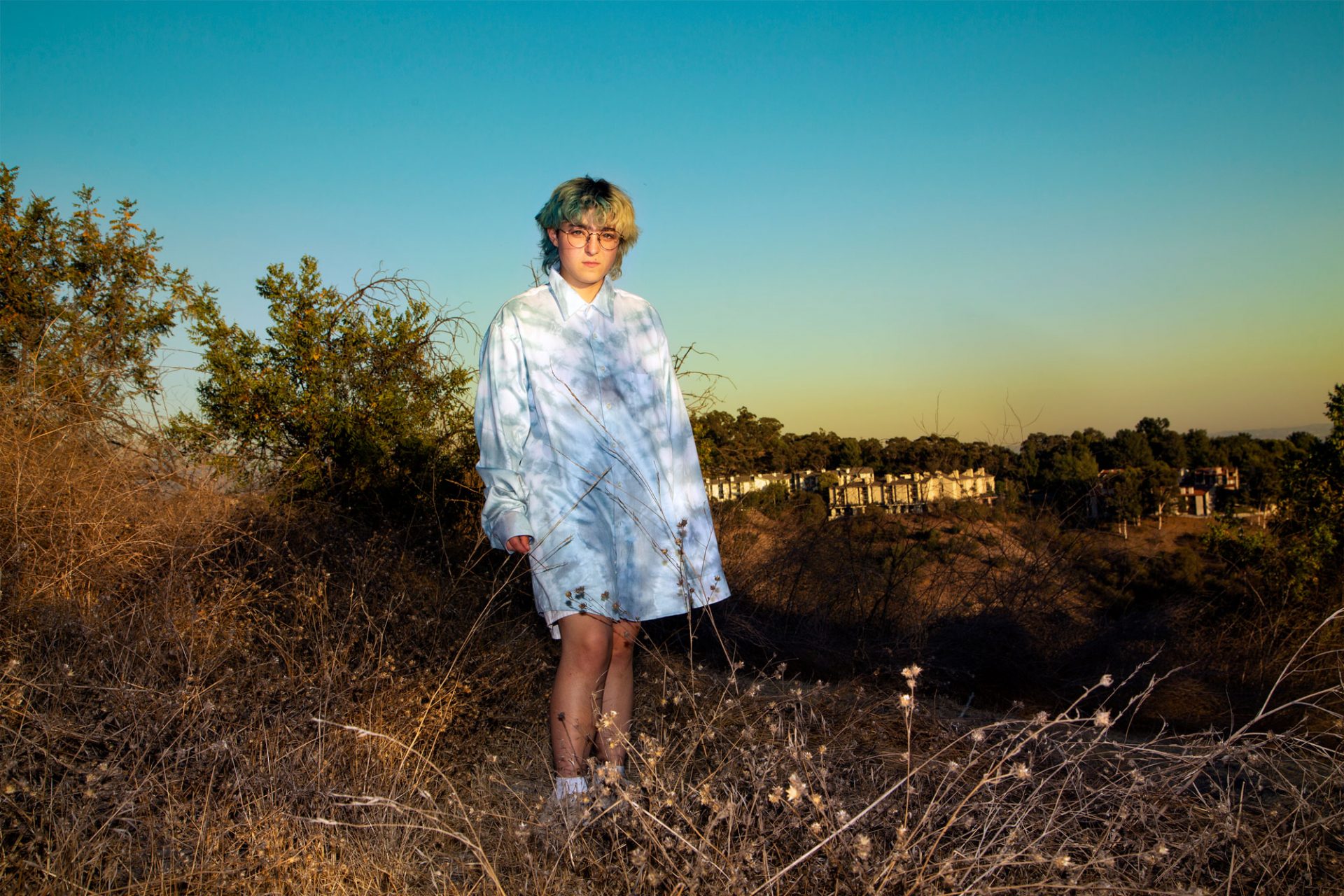 The Best of 2021: Claud: “A lot of my album is about learning when you’ve outgrown something”

Twenty-twenty-one has seen many things change, and we’ve had some pretty ace music to get us through. No stranger to these here pages, when Claud released ‘Super Monster’ earlier this year, they were well on their way to the centre of our hearts with their dreamily delicate brand of pop, and their debut turned out to be a glorious jewel in a year of gems.

Digging into a relatable well, it’s impossible to not get swept away in the shimmering melodies of ‘Super Monster’. Their penchant for cutting through the nitty-gritty and finding the nod and wink of a witty one-liner or heart-wrenching realisation in equal measure is second to none. Not content with having an album chocker with these beauts, they’ve only gone and released another new single too; ‘Tommy’ follows the same path as ‘Super Monster’, another deft sad bop that we, quite frankly, just can’t get enough of.

Along with being one of the first signees to Phoebe Bridgers’ new label Saddest Factory Records (now toting diamond trio, and former Dork cover stars, MUNA, too), the last couple of years have seen constant progression for Claud.

sounds like you’re very busy at the moment?
Hi! Things are good. I’m definitely tired from the last two months of touring, but it’s worth it.

How’s your year been so far?
I feel like I’ve lived nine lives this year, especially with Covid and things changing so rapidly. It’s just been a year of never knowing what to expect.

How’s ‘Super Monster’ sitting with you now?
Learning how to play my album for live shows gave me a new-found respect for it. There’s so much detail in the instrumentals. When I’m recording, I don’t really think about what I’m playing; I just layer it on until it sounds right. I’ve had a lot of moments rehearsing that were like, “That’s me?? I played that/sung that harmony!?”

Have any of the song meanings developed or changed for you since it’s been out in the world?
Definitely. I think my song ‘This Town’ took on a whole other meaning for me just as my life has gone on this year. I’ve realised a lot of my album is about learning when you’ve outgrown something and coming to terms with that. I’m still looking back on lyrics and trying to figure out what I felt when I wrote it.

What lessons did you learn from the album process?
Less is more, and I can trust people to fill in the blanks and read between the lines without having to explain myself.

You’ve also dropped a new single! Where did ‘Tommy’ come from?
I wrote ‘Tommy’ right around the time ‘Super Monster’ came out. ‘Tommy’ is just a character I made up but represents my insecurities. It’s my glass half empty mentality, like “no matter what, I’ll never be enough for you.”

How has the year influenced you personally and musically?
‘Super Monster’ was a really big accomplishment for me mainly because of how much thought and brainpower I put into it. It’s also really hard for me to finish the things I start, so this album has been proof and an important reminder to myself that I can do something from start to finish if I really care about it.

Are you the kind of person who’s always writing songs?
In an ideal world, I am! But in reality, it comes in waves, and when the space opens up for me to have time to write its full speed ahead. I can write like three songs in a day if I’m in that kind of headspace.

What have been some standout moments this year?
Playing music festivals! I had never done that before and had no idea what to expect when I showed up to my first one this summer… they’re a beast to handle but so much fun. It was also so surreal to see musician friends that I hadn’t seen in years because of the pandemic.

And what were some unexpected ones?
An Amazon truck hit our van when we driving to play Firefly Festival… no one was hurt, and the damage wasn’t too much, but it was definitely very unexpected.

And what have you been watching this year?
Sex Education, Maid, and the new L Word episodes are pretty entertaining.

Besides ‘Super Monster’, what other ‘thing’ are you proudest of this year?
I feel like I’ve grown a lot as a visual artist. Diving into the artwork for ‘Super Monster’ gave me a vision and a style as an artist that I didn’t have before. I’ve also started painting a little bit, for my friends.

How do you feel going into 2022?
Nervous, for some reason? I have no idea what to expect.