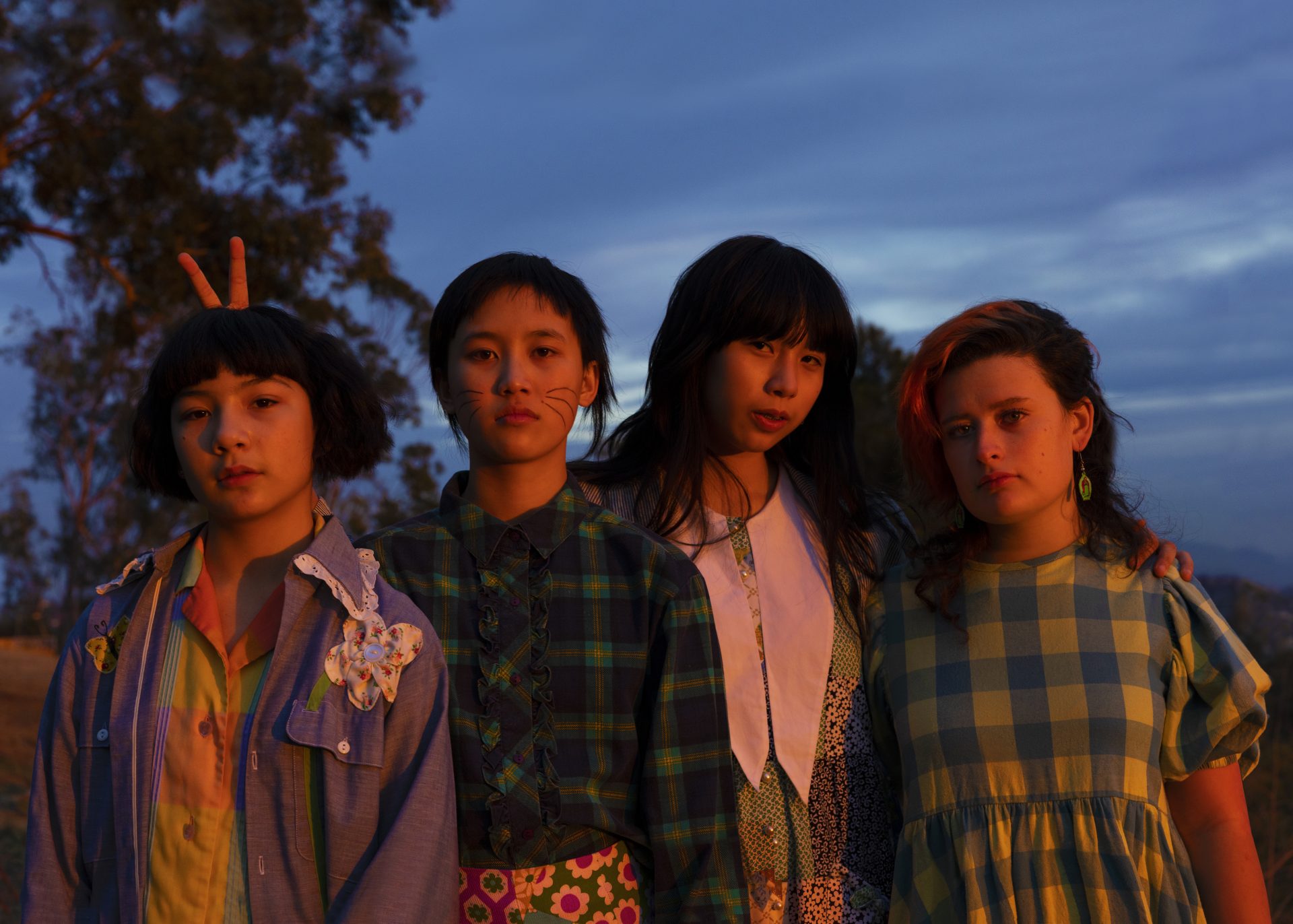 The Linda Lindas: The shape of punk to come

They might have found viral fame with an impossibly brilliant bash at racist, sexist boys in a library, but – as they drop their Really Very Good debut album ‘Growing Up’ – there’s so much more to teen punks The Linda Lindas than that.

The Linda Lindas went global in 2021 with a live performance of their blistering punk track ‘Racist, Sexist Boy’ at the LA Public Library. Written by Mila de la Garza and her cousin, Eloise Wong, after Mila was informed by a boy in her class that his dad had told him to stay away from Chinese people, it was the ten-year-old’s first proper encounter with racism.

“I wrote it originally to vent my anger. It definitely used to be more hateful,” explains Mila over Zoom. But after connecting with people, first at local shows and then a global audience, that song is now “about bringing people together and being proud of who you are.”

“It’s so important that people who have gone through similar experiences know they’re not alone,” she adds.

“I’ve always liked music that not only sounds cool but really makes a difference by having a message,” continues Eloise before namechecking The Clash, Public Enemy and Bikini Kill. “It’s so cool we can be a part of that.”

The Linda Lindas – Mila and her older sister Lucia, Eloise and family friend Bela Salazar – originally formed in 2018 for a one-off performance at a local festival. A few months later, Bela was asked to play a gig and needed a backing band. From then on, the four-piece played gigs, wrote songs and pushed each other to get better at their instruments. They’d been in talks with Epitaph Records for a few months before ‘Racist Sexist Boy’ went viral, and a few weeks after, the deal was done. Now, they release debut album ‘Growing Up’.

“I hope it shows to people that we’re not just the kids that did that thing in the library,” says Lucia. “I want people to know we actually have something to say.”

Across ten tracks, and clocking in at under half an hour, The Linda Lindas’ debut is a furious punk record that tackles coming of age in the midst of a pandemic, the helplessness that comes from watching the world tear itself apart via social media and Bela’s cat Nino – gentleman by day, hunter by night. It’s inspired by classic punk acts like The Go-Go’s, Jawbreaker, The Breeders, Sleater-Kinney, Bikini Kill and Blondie as well as more contemporary, rebellious bands like Paramore, Wolf Alice and The Regrettes.

“We’re four different people, and all the songs are going to sound a little different because it’s all our music tastes combined,” explains Lucia. “But it works together really beautifully.”

At 17, Bela is the older member of the group, while Eloise is 14, Lucia is 15 and Mila is 11. Most bands get questioned when it comes to speaking out about real-world issues, but as you might imagine from a band of people still in school, The Linda Lindas are constantly asked what a bunch of children know about life, politics and meaningful change.

“Why does our age matter?” asks Mila, as Eloise adds: “Just because we’re kids, it doesn’t mean that we don’t understand what’s going on.”

And crucially, “If we don’t understand something, then we’ll ask questions and find out about it,” continues Mila.

“We’re so willing to learn and listen to what people have to say. That doesn’t mean that we’re just going to stay quiet in the corner with our mouths shut. We’re just as aware and clueless as everybody else is,” says Lucia.

“You can’t tell us that because we’re this age, we’re not allowed to have opinions. We see what’s happening in the world; we see what everybody is going through. We see it online, we see it at school, and we want to do something about it. It’s not about your age; it’s about what you want to offer the world – and we want to do something positive.” ■

Taken from the May 2022 edition of Dork, out now. The Linda Lindas’ debut album ‘Growing Up’ is out now. Read the full interview in the May issue of Upset magazine.