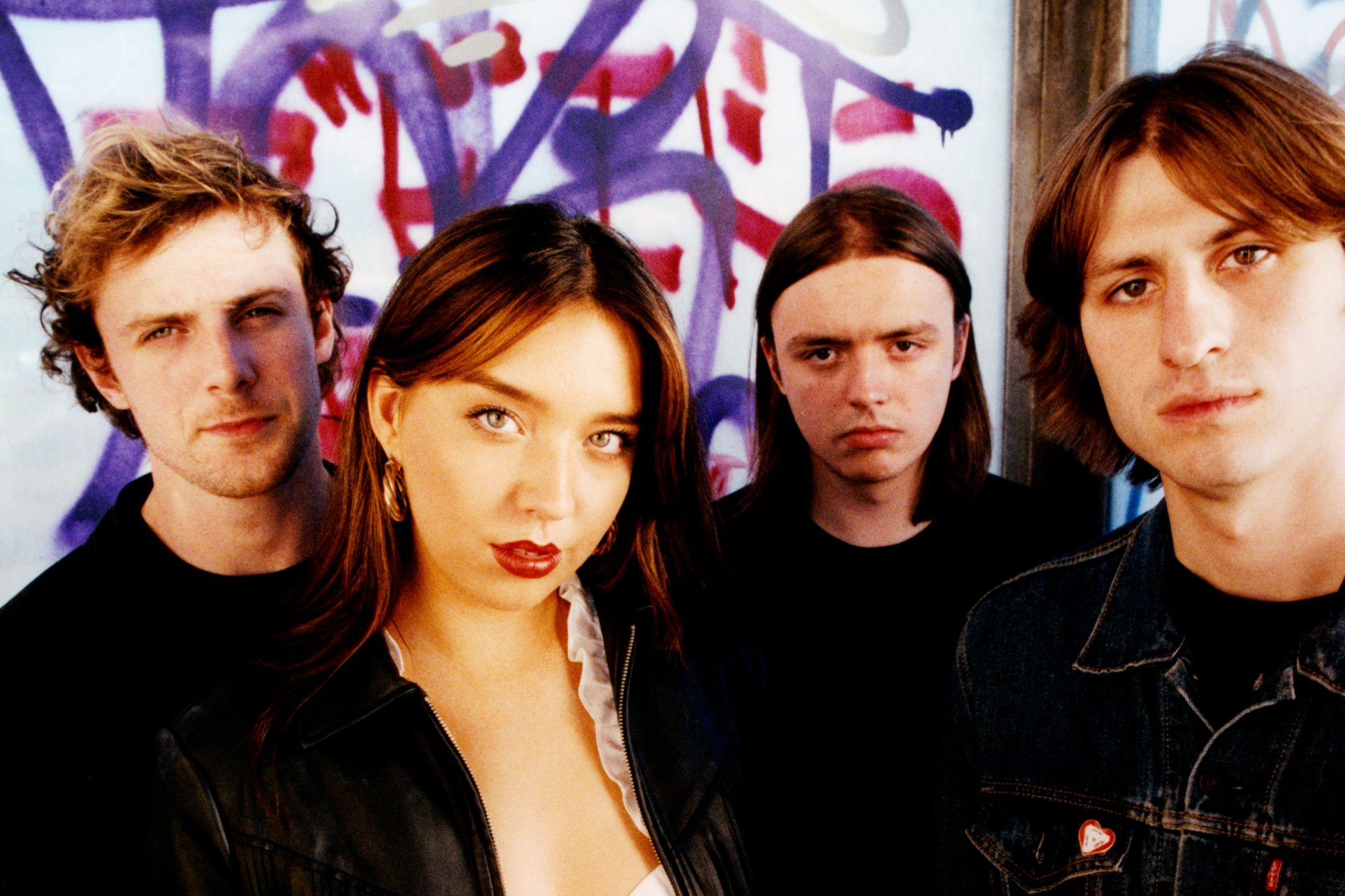 The Mysterines: “I’d never experienced either recording a debut album or a pandemic”

It feels like the time is right for The Mysterines to deliver their debut album. Created during a pandemic, ready to arrive once it starts to subside (for now, at least – Ed), ‘Reeling’ is an album that confirms the Liverpudlian gang as bonafide talents. We caught up with Lia Metcalfe to catch up on how the album came together, and what to expect next.

It feels like the process of putting together an album and the whole Covid lockdown thing came pretty much hand in hand for you as a band. Did working on it during a period like that make a big difference to the end product, do you think?
I think the strangest thing about the pandemic and the writing/recording process of ‘Reeling’ is that I’d never experienced either recording a debut album or a pandemic, and nor had the lads – I guess like most people. It was a time of completely new encounters for us all, and I guess because we didn’t really know any different about recording at that point, it didn’t feel like limitations were in place, or we were doing anything differently to how an album is constructed…
You know, it’s sort of like placing someone on a rollercoaster for the first time, without a seatbelt, and them surviving the experience and then asking them to describe how unsafe they felt… I mean, if they didn’t know seatbelts existed, they’re not going to know any different, and quite possibly, they’re always going to want to ride the rollercoaster that way.

Pandemic aside, did you encounter any unexpected challenges making the record?
Yes, of course – but the challenge is the fun part; it’s where the vitality of something is born. I don’t tend to trust things that are completed too easily.

What comes first for you when writing a song – the subject, or the music? What do you enjoy writing about? Is it usually the same process?
It’s a process I don’t get to choose and something I wouldn’t wish to choose either. I see it as more of a channelling process, without getting too spiritual about it… All I know is that survival for me is writing every day.

How does it feel now to listen back to it, now it’s finished and in the can? Pride? Flashbacks? Things you’d change?
I’m in a place now where I can listen to the record from both an outsider’s perspective and from a place where I can connect to it deeply. I’m proud of ‘Reeling’; we all are. I guess that was the one true goal.

You made the decision to not go back and include the older releases that first made an impact for you on the album. Was it important to you to have that clean break in terms of material?
Most definitely, I didn’t connect to it anymore, and it was important for me to be able to. I guess a good way to put it is trying to fit into old clothes that you know don’t fit you anymore; inevitably, it’s going to be uncomfortable and probably not going to look very good, haha.

You worked with producer Catherine Marks on the record. She’s been involved with so many great bands in recent years. How did you find that process?
‘Reeling’ wouldn’t exist without Catherine, and I don’t just mean in a literal sense. Catherine allowed it to become a part of her and also helped me personally so much throughout the journey of the record. You don’t meet people like her often, and you also can never expect anyone to become so invested emotionally in your art – even if they are producing it. The fact that she did that is a great part of why the record sounds the way it does.

What’s your current favourite track on the album?
We’ve currently been rehearsing the record for the tour in March/April, and I’m really enjoying performing ‘Under Your Skin’ at the moment.

Do you have any specific ambitions for this album, or is the win for you simply getting it out there?
A prophet once said awards are like headlights stapled to your chest… I think his name was Bob Dylan. The ambition for me is that people find some way to connect to the record and enjoy listening to it in a multitude of different circumstances and situations. The rest isn’t really up to me, and once it’s been given to the world, it no longer belongs to us. That’s the exciting part.

Have there been any moments recently with the band where you’ve had to pinch yourself to make sure it’s really real?
George [Favager, bass] was round at my house the other evening, and I think at one point in the night, he did try and climb into the oven. I definitely had to pinch myself then, haha.

Have you already started dreaming about album two? Any ideas about where you want to go next?
Haha, yes, the dream is always in motion, with no direction. Always heading towards something real.

Taken from the April 2022 edition of Dork, out now. The Mysterines’ new album ‘Reeling’ is out now.