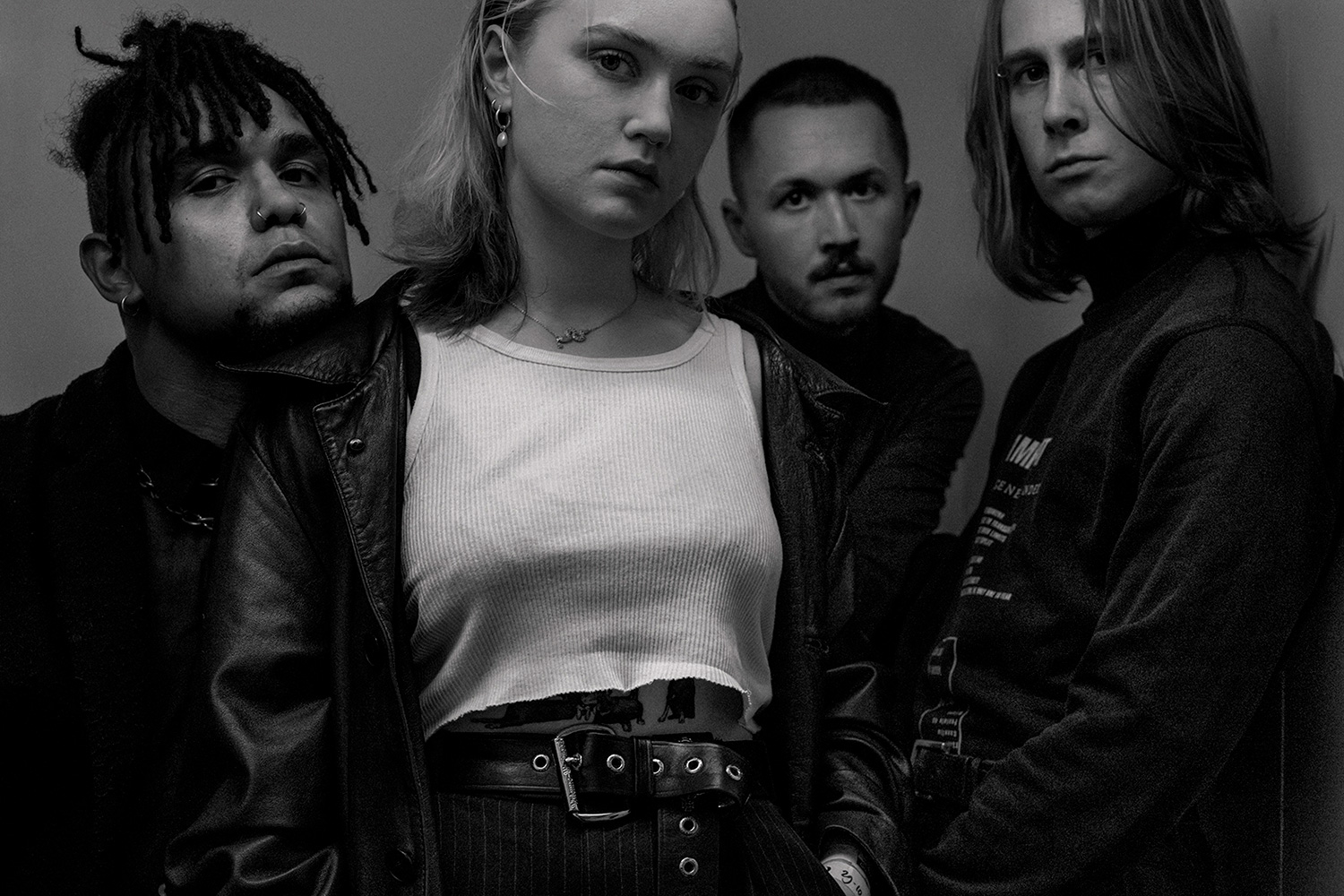 The Ninth Wave: “We were writing songs and ideas for the enjoyment of it”

By the time their second album ‘Heavy Like A Headache’ lands, The Ninth Wave have already decided to take a break. With hiatus looming, we caught up with the band’s Calum Stewart to get the details.

Hello Calum! Your second album is nearly here – what’s life been like for you since your debut? Any big changes, pandemic aside?
Well, just before the pandemic, we managed to get up to our favourite place on Earth, the Outer Hebrides, to record the ‘Happy Days!’ EP with Faris Badwan from The Horrors. I think this was a real pivot point after ‘Infancy’ as it informed our approach to ‘Heavy Like a Headache’ in a big way, and encouraged us to really push our boundaries when we started writing and recording the album. Otherwise, since summer ‘21 it has been great to get back to gigging again. The first few gigs we did felt pretty surreal after 18 months of not playing at all.

When did you start work on this one, and how were you feeling going into it?
Some of the songs on the album have existed for a very long time, with some words and ideas coming from even before the ‘Infancy’ period. In that sense, there was no point at which we all got in a room and agreed, ‘this is us now writing songs for the new album’. In any event, we couldn’t be in a room together initially because of the lockdowns. We worked a lot in that time individually on songs, pinging ideas to one another. It was good, in a way, to get to try a different way of writing, but it definitely felt better when we could all get in a room together and flesh ideas out.

We read you didn’t initially think you were working on an album – do you think that made it easier?
Yeah, I suppose the situation dictated a lot of uncertainty. I think that was good, though, because we were all writing songs and ideas for the enjoyment of it, rather than for a specific end goal of an album. I think it let us loosen up a little bit in terms of having any pre-determined rules to follow for songwriting.

It’s your first fully self-produced project. How did you find that responsibility? Any steep learning curves?
We really enjoyed it. It was great having Dan Austin produce the first record, as he was a really positive force, especially for a band recording their first record. Having Faris produce the ‘Happy Days!’ EP was also really great as he encouraged us to follow our own ideas. So I think it was a natural progression that we ended up producing it ourselves. We’re four fairly strong-minded people, and we all had pretty concrete ideas of how we wanted this album to sound. Kudos has to go to Max Heyes, who engineered the album, as he helped to generate a lot of ideas when we were in the studio as his knowledge of studio wizardry is vast!

Your music often feels pretty weighty – what is it about heavy subjects you find compelling? Is it an attraction reflected in music you listen to, as well as make?
I’m not sure. We all listen to a lot of different stuff, and not always with lyrics. But I’d say there are common themes we tend to coalesce around, and these tend to be fairly weighty. We find music a very cathartic process, and it allows things to be said that you might not otherwise find the courage to say. So the songs end up with a weight to them, but I think that’s a great thing and should be celebrated.

What’s your current favourite track on the album?
I love ‘Some’. It’s just so different from a lot of the other songs we’ve ever done. Haydn [Park-Patterson]’s lyrics are just really like a punch in the gut, and the end comes and goes before you’ve had a chance to process it, which I love.

Taken from the April 2022 edition of Dork, out now.