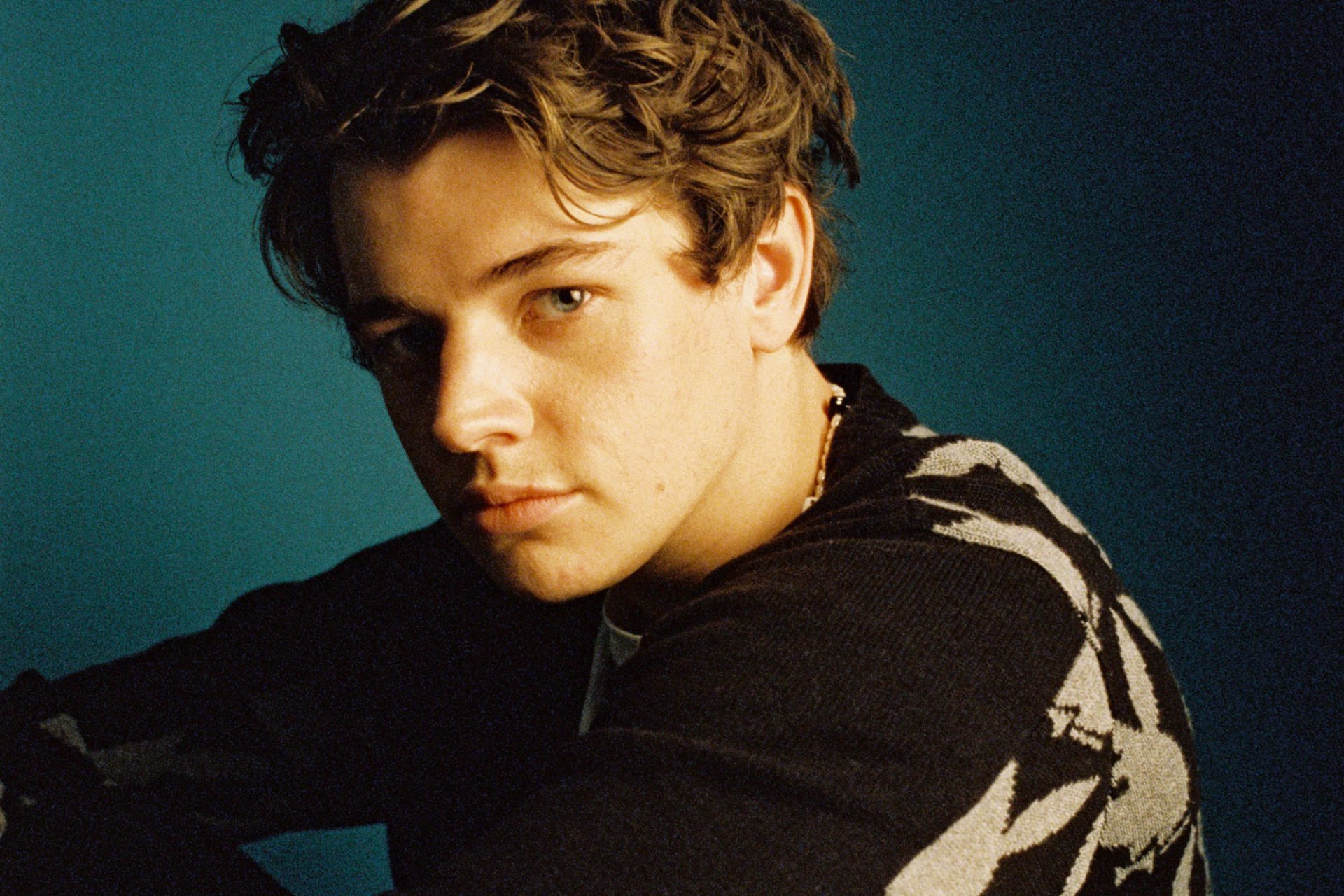 With his brand new bop ‘Nobody Has To Know’ out now, our Thomas has some things he’d like you to know.

We’re not weird. We promise. When musicians ‘go live’ on TikTok or Instagram, they’re talking to the world. It’s only normal that a pop magazine might also be stalking watching, ready to ask questions on what’s revealed within.

So, really, when up-and-coming popster Thomas Headon happened to start broadcasting on a random Saturday afternoon in October and stated he wanted more people to know he could surf, it should be no shock that we’d want to follow up on that. It’s a service, really. Spreading the word. Doing good stuff. Helping. With his brand new bop ‘Nobody Has To Know’ out now – he’s giving away a sofa to celebrate, ‘FYI’, we were due a catch-up anyway. And anyone who claims we only wanted to confirm we heard right when he said The 1975’s Matty Healy walked past his window earlier that day is a liar. Honest.

Hello, Thomas Headon. How are you doing today? What have you been up to?
Hello Dork. Good to talk to you again. I’m well, recovering from the plague that has hit London but other than that all good. Today I’ve eaten some really good hummus and now I’m answering your questions

So, we were watching your live stream on TikTok on Saturday just gone (because we’re very cool and have loads of interesting things to do at the weekend) and we heard you were very keen that more people know that you can surf. Happy to help. How did you take up surfing?
You make me laugh, Dork. First of all thank you for joining, really glad I’m your weekend entertainment. Secondly thanks for helping me let the world know I surf, that’s kind of you. I grew up like an hour away from the beach, everybody I know in Australia surfs. So pretty common to just grow up with it and you and your friends would go out on summer holidays just to surf. Really good fun, we should go sometime.

Wait, like, *everyone* can really surf in Australia?
Yes, by default. Even if you turn up for a holiday somehow you just know how to do it.

We see. Where is your favourite place to surf? Do you get many chances to surf while in the UK?
I surf at a lovely little place called Phillip Island off the coast of Melbourne, it’s very nice. I haven’t been surfing in the UK actually! I also don’t know if I really want to. I don’t know why. There’s something about surfing here that would just feel weird to me. It’d be like having tea and crumpets in the US? Just not the same. But I do miss it so that might change.

There are lots of good to great songs written about surfing. Have you written any yet? If not, why not, and when will you be fixing this obvious problem?
I haven’t! I feel like that’s a very country music thing to do… suddenly start singing about my love for the surfboard and how it’ll never leave me. Also would be pretty strange in my live set, “hey guys that was a song about the beautiful waves of this earth and now it’s time for urbanangel1999”. I do find surfer’s pretty attractive though, so maybe that’ll inspire something eventually.

“I grew up like an hour away from the beach, everybody I know in Australia surfs”

Do you promise this surfing thing isn’t just a shallow attempt to find a USP? We’re guessing you’re betting that Alfie Templeman can’t surf, right?
GUYS PLZ I’M A REALLY GOOD SURFER AND I’M REALLY GOOD AND INDIVIDUAL AND COOL AND SUPER COOL GUYS PLZ LISTEN TO MY MUSIC IT’S NOT THE SAME AS ANYONE ELSE’S BECAUSE I SURF I SWEAR!!!!!!

Thought so. Talking about surfing, that brings us to couches (shut up, couch surfing – it works). Or sofas, as many call them. You’re giving away a sofa to people who use the sound of your Very Good new single ‘Nobody Has To Know’ on TikTok, but at the time of announcing the competition, you did not own a sofa. Have you found a sofa yet? Is-slash-will-it-be a good sofa, or are you basically just stalking freecycle?
Great transition Dork. Yes I am giving away a sofa. It’s a nice brand new sofa though not the one I was moving down the street as you saw. But I do have one now though ! I’ve managed to get myself a sofa and now managing to give one away. It’s gonna be nice and look good and be comfortable, would highly recommend you enter. I swear I’m not recycling it that would be a horrible competition lol.

If you’d thought it through, would you have changed that opening lyric to be an easier to source and cheaper make out location?
HAHAHA. Yeah man, this would have probably been smarter. Maybe next time it should be something like “we’re making out on your bedsheets” or “we’re making out on your blow-up mattress”, something like that. That would be a lot easier to ship to someone, I have no clue how I’m actually going to move a sofa. I’m hoping I get to drive a truck.

You also mentioned Matty Healy walked past your window on Saturday. Given he’s clearly just too shy to let you know he wants to ‘collab’, do you have a message you’d like us to pass on?
I’d be too starstruck to ever say anything. We know a lot of the same people but I still feel like I’d be too scared to ever meet him. Maybe you could ask him if he wants a sofa? I don’t know if you’ve heard but I am giving one away.

Taken from the November 2021 edition of Dork, out now. Thomas Headon’s single ‘Nobody Has To Know’ is out now.