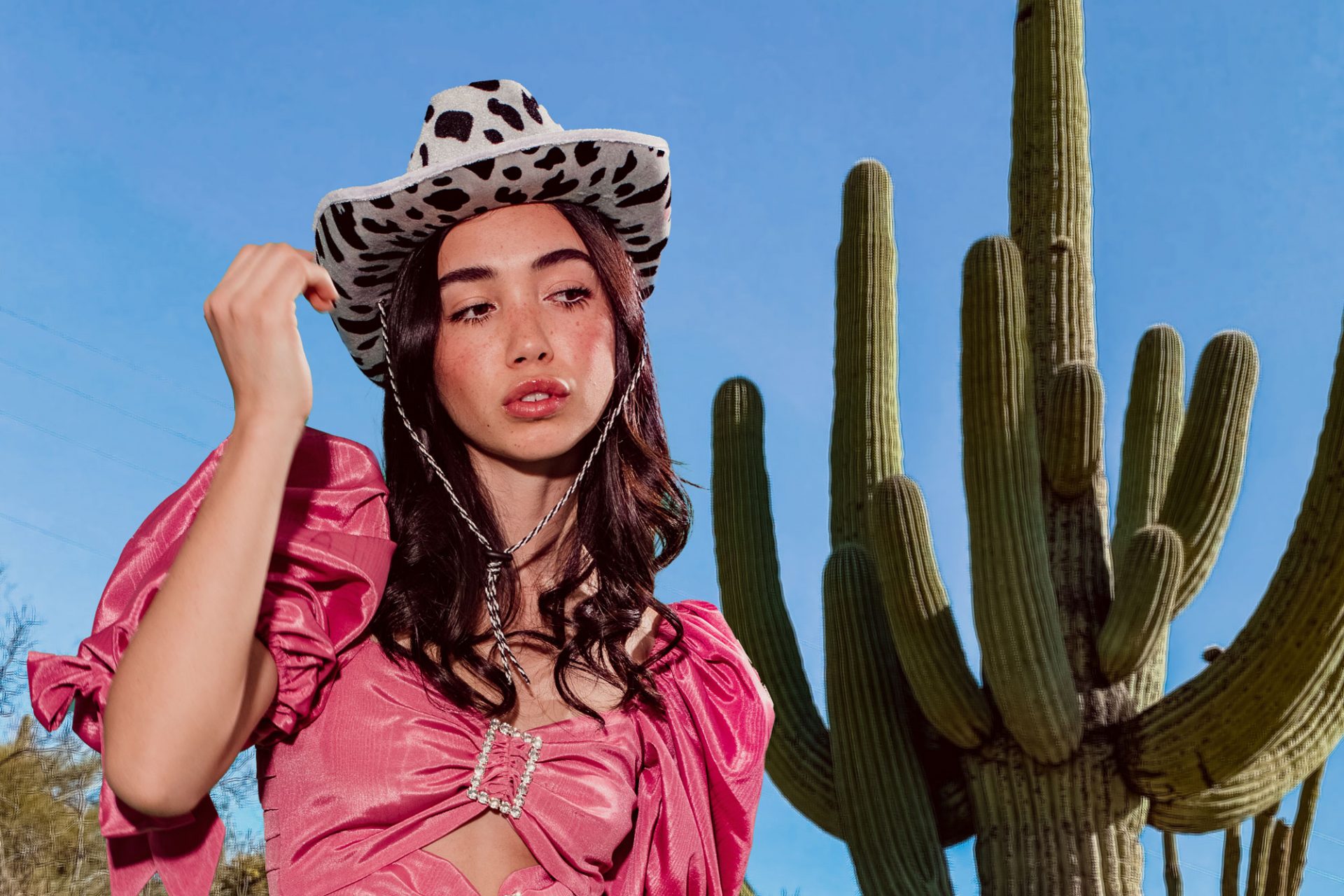 Wallice: Off the rails

With one angst-ridden indie-rock anthem after another, LA-based musician Wallice is quickly growing an audience that can all too easily relate to her accessible and dramatically presented hopes and fears.

Ever since she was 13, Wallice has been cramming her thoughts into lyrics in a successful attempt to keep existential anxieties from overwhelming her world, a method that clearly works to this day as she chats to us happily from her mum’s home in Burbank, across the pond in sunny Los Angeles. With the support of those closest to her, the resulting creative messes have grown more and more honed over the years until they were finally ready to strike a punch into fellow existential young ‘uns across the globe. The global pandemic (at this point, yawn) freed up a block of time that has now been immortalised in song – specifically, six songs forming an upcoming release for the young Californian.

On the initial release and response, she exclaims: “I’ve been writing since I was like 13, but only seriously since I was 17, and these were the first songs that I felt I would listen to myself. I grew up listening to Coldplay in my dad’s car or Radiohead on my iPod, very alternative bands that were quite rocky. I wasn’t sure that what I was doing was working, but then ‘Punching Bag’ had a really good response from random people on the internet; it was the first time I had people reaching out to me! It’s my own small little world, but for me, it’s huge, and I’m so proud of it.”

Debut single ‘Punching Bag’ set up Wallice’s world by exploring the experience of feeling lost and unwanted by others with smart words and slick guitar tones. Its follow-up ‘23’ took the existentialism to new heights by recounting a less-than-quarter-life crisis in vivid detail through tense verses and a wailing earworm of a chorus. This song really struck to the core of what this project is about at its deepest roots. “It’s totally autobiographical; all my songs start with a personal experience, but this one is about me and who I am. That song will always have a special place in my heart.”

Being one of three songs in her discography to swiftly amass over a million streams, it’s safe to say it already has a special place in the hearts of many. Quarantine was certainly a catalyst for these emotions (“it was definitely the feeling of being stuck in place and time that led to that song”), but in a world where youth are constantly pressured to reach specific goals at assigned times to fulfil societal norms, it’s easy to see where the strained sentiments come from. “I even have YouTube comments from people saying ‘I’m only 16, but I really feel this song’,” she reflects. “Taylor Swift and Lorde became huge stars at 16, so if you’re trying to find success in music when you’re 22, you start doubting whether you’re already too old to make a start. That’s so dumb; 22 is so young! I think that’s a big problem when the media glamorises youth so much, and that’s definitely become a known issue. With every entertainment industry, hopefully, the average age increases so kids can enjoy their childhood.”

Without dismissing the talents of child prodigies who were born for the limelight, it’s important to alleviate those unnecessary pressures in as many ways as possible. Despite the harshness of her narratives, Wallice is able to remain grounded and enjoy the world she’s immersed in. “I can easily go and lay down at the beach without feeling that I wasted the day. You need to separate the intentions of each day,” – thank god, carrying the weight of these themes around all day would definitely be a burden on the metaphorical shoulders.

Fortunately, the Wallice project operates as a collaboration with childhood friend and now co-writer-slash-producer David Marinelli. “We just work really well together because we’re close and have known each other for so long,” she shares. “Since I was 17, I’ve seen him at least weekly.”

“You look back and think, why did I do these things? Everybody feels that way sometimes“

This EP effort was birthed from a couple of the best possible work trips to Wallice’s grandparent’s house in Utah, which provided a focused space for the pair to develop their craft. “It’s a 6-hour drive, so we go for a full week at a time to write,” she reminisces. “The whole EP covers August to March; it’s a very specific chapter of our lives. Since this one was put together in such a short amount of time, the tracks are all cohesive and work together well.”

Working with such a tight timeframe for the genesis of a release means it tells a genuine story about an exact moment in their lives, and this will never again be replicated. “’23’ was actually written in his Marinelli’s bedroom, while I was still living in mine. The next chapter will be when we’ve all moved out and become real adults; it’ll be part two of ‘23’, where I actually live part of the life I was talking about.” What a character arc.

The name of this EP comes from the opening track ‘Off The Rails’, which pretty nicely ties together the overarching mood across the six tunes. As Wallice admits, “young people can be pretty selfish in general – you look back and think, why did I do these things? ‘Off The Rails’ shows that everybody feels that way sometimes. The video shows life being a simulation – you can view all the paths you’ve taken in your life, and it’s easy to say ‘that’s not my fault’, but it always kinda is?” Indeed, everyone gets mad at the world, but the optimistic outcome here shows that you can gain control of the reigns again. “It encompasses the various themes I explored, so it seemed like a good umbrella phrase for it all.”

Investigating these grey areas is a large part of Wallice’s appeal, even if it’s something you might not always consciously register, and making no attempt to illude listeners with a flawless image herself is the root of that. “There’s no reason to curate a perfect life for yourself on social media, and the same thing can be applied to music,” she sensibly points out. “I feel like there are loads of love songs and break-up songs, but there’s no that much in-between, which is more commonly what actually happens. You’re not in love a thousand per cent or hating each other all the time.”

Love songs may be seen as a cliché, but tunes like ‘Hey Michael’ plainly subvert the tropes; this one explores two people treating each other like trash in a desperate attempt to salvage happiness out of a relationship that’s destined to be toxic. This is something Wallice has not actually experienced herself, as she has been with her boyfriend for six years, but comes from troubling observations on others. “This song is just about those people you meet or that your friends have dated; I’ve just grouped together their worst qualities. I didn’t want to say men are all terrible, though! I wanted it to be self-aware and not hurtful.”

Expecting imperfection in others is just as necessary as acknowledging and reflecting upon your own, and ‘Off The Rails’ is a starting point of assessing and understanding your own failings.

When asked about the impression she hopes it will make on her rapidly expanding audience, Wallice concludes our chat with a comforting message. “It sounds super cheesy, but I want people to know they’re not alone in feeling what they’re feeling, specifically as a 22-year-old wishing you were further along in your career and had your life more sorted out – it’s ok not to. I really go into that journey here; we’re all just figuring it out.” In the most confusing of times, it’s never bad to be reminded that no one else knows what they’re doing either.