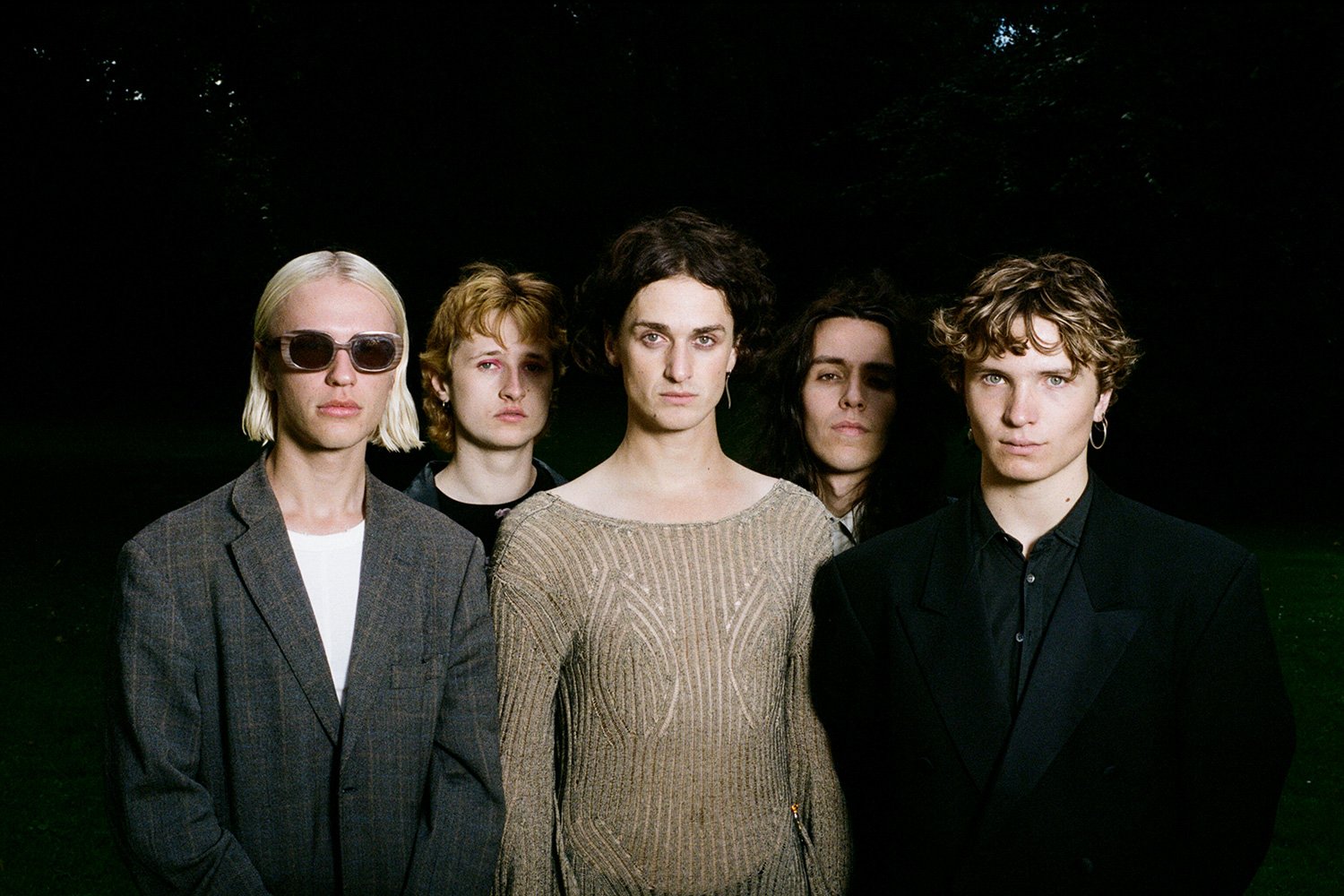 Walt Disco: “We’re well into writing our next album”

Walt Disco are having fun with a brand new covers EP.

Walt Disco are amazing. You don’t need us to tell you that. We’ve been banging on about them for years, and our Glasgow faves have had a massive year in 2022 with their officially Dork-rated Top 50 debut album and a string of exuberant live shows across the world. To end the year, though, they’re giving us a bit of a treat with a special covers EP called ‘Always Sickening’, so we thought we had to catch up with frontperson Jocelyn to get the low-down.

How are you feeling at the end of this year? It’s been a massive year for you, with the album coming out and touring all over the place.

It feels good! We only have five more shows. It’s nice to be thinking of having a wee break for December. We haven’t had a break in a while.

So why have you decided to cap off the year with this lovely covers EP ‘Always Sickening’? Why is now the right time to do it now?

It’s exciting. It’s nice to do one more thing. We wanted something in between albums to give something to our fans and also give us a bit more time to properly consider working on our next album. We wanted a break from writing, but we wanted to keep doing studio stuff.

Do you find it liberating and fun to do covers when it’s not as intense as doing your own stuff?

What was the vision for collecting these songs together, then?

There are a few older artists who were incredibly inspirational in their time, like Dusty Springfield and especially The Associates, who are massive for us, and Stephanie Mills is so inspiring. We’ve also got the modern artists who we really respect, like Aldous Harding and The Japanese House, who are so cool. I really like the selection of songs.

A band like The Associates are a major touchstone for Walt Disco, so what was the significance of you covering their song ‘Club Country’, which is also where the title of the EP comes from?

The lyrics are so good. They’re so cutting when describing the bourgeois and all that. The song is genius. It modulates keys within the verse, but you don’t hear it. It’s pretty genius writing.

What drew you to the work of The Japanese House?

She’s so good at crafting a melody in a song. Charlie sings that song, and I always remember him listening to it all the time and playing the bass and the chords, and I was like, let’s have a go. Let’s do something really stripped back. You’ve got a good voice, so let’s put it on the record.

Tell us about Aldous Harding?

She’s incredibly respected and has been putting out some good albums recently, and she’s delightfully odd. Her lyrics are the same. ‘The Barrel’ is one of her biggest tunes, and despite being quite an abstract artist, slightly avant-garde, when we were covering the song, we realised that it was such a pop song. We give it a bit more poppy production. I mean, the production we gave it is still pretty weird, but it managed to find a chorus that could really drop.

We love that description of ‘delightfully odd’. That’s what we’re here for. So, has immersing yourself in the music of other people had any impact on your own creative process?

Yeah, I think we learnt a lot. Learning other people’s songs is always great, finding out little songwriting tricks. When singing other people’s songs, you learn things about your voice because you’re trying to emulate things. From the production side of it, we got to really dive deep into that. That was the only part we really had control over. We kept learning studio tricks.

How did you feel about your debut album ‘Unlearning’ with a little bit of distance from it?

We’re feeling great. I’m so glad we’ve got an album out, and we’re proud of it. It gave me a proper addiction to albums, and I never want to stop making them. I’m so grateful.

Now that it’s a live living thing, has anything surprised you about the album since people have been experiencing it?

Because it was recorded in such a simple set-up and we couldn’t really record in a traditional way, it has been fun giving it a live sound. That’s been enjoyable.

Do you have any stories of being out on tour this year?

We flew to New York and had a show that same night, so Jack hadn’t slept the night before either, so he played a show after having not slept for 45 hours. I don’t really know how he got through that.

See, that’s the sort of thing you have to go through once you reach your level. Pure commitment. Have you been thinking of what’s next then for Walt Disco?

Yeah, we’re definitely well into writing our next album. We just need to record it, which will happen very soon.

Hmm, I won’t say too much, but there’s going to be a lot of flute and clarinet.

We love a bit of woodwind action. What’s the timeframe for it, then?

I’m not sure. It obviously takes quite a while to get an album out. We’ll see. I don’t know what capacity we’ll be around next year, but we want to be promoting music, so we’ll see. We’re definitely not going to go away.

Well, wherever Walt Disco do pop up, we’ll be there. Finally, what would you like for Christmas this year, Jocelyn?

I think after quite a while of being in studios and music venues all the time, to not do that would be nice.

Some lovely blissful peace and quiet?

Yeah, give our ears a rest.

What about if you were going to buy one member of Walt Disco a present? What gift would you bestow?

Taken from the December 2022 / January 2023 edition of Dork. Walt Disco’s EP ‘Always Sickening’ is out now.

The 1975 have released a new music video for ‘Oh Caroline’