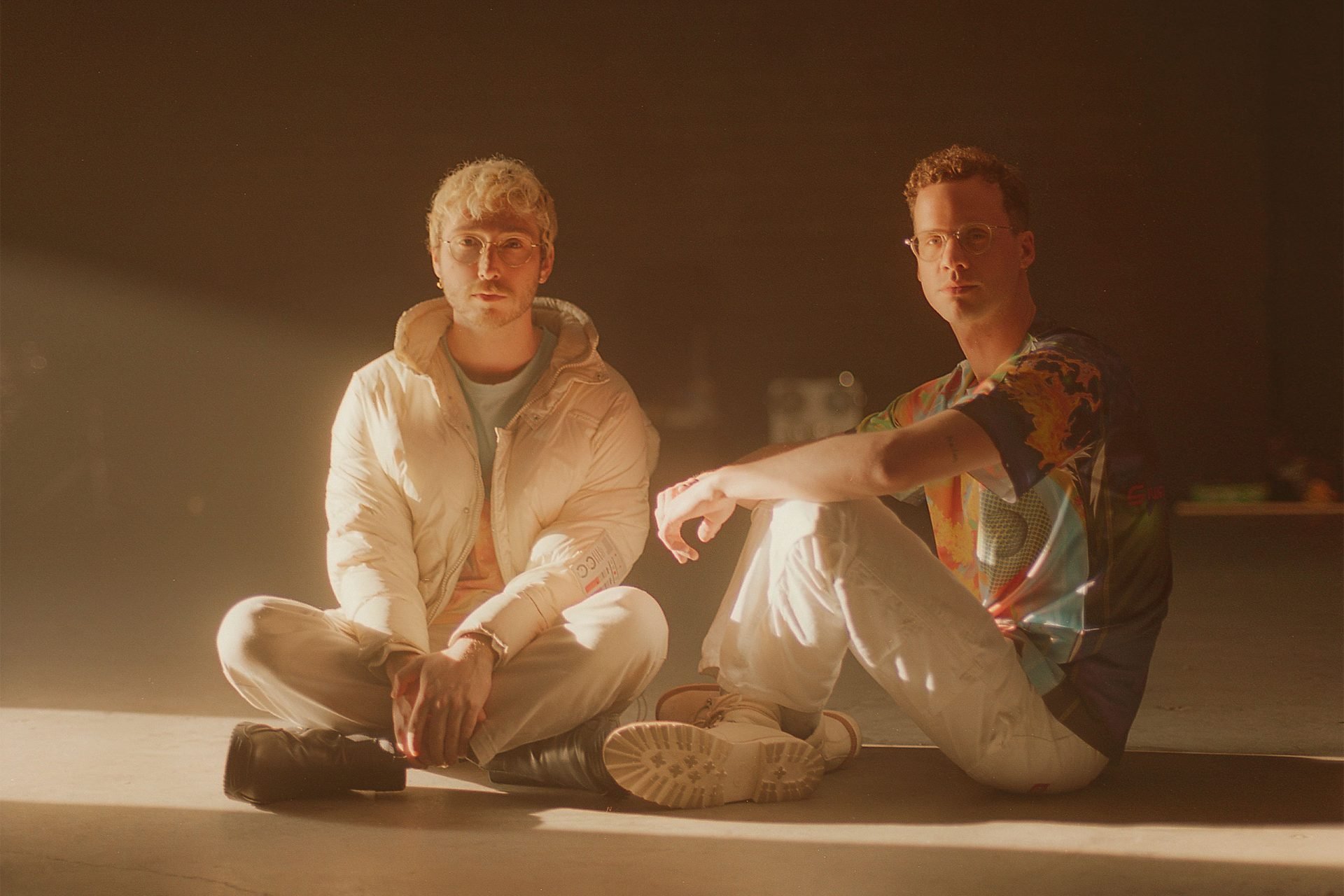 Whitney: “We were just having fun every day”

It’s a day they describe as “deceptively hot”, and Chicago natives Julien Ehrich and Max Kakacek are phoning in to ask us which Premier League team they should support – and to tell us about ‘SPARK’, their dazzling third album, obviously.

“It basically started right before the pandemic,” drummer and vocalist Julien Erhlich explains, setting the scene for the inception of ‘SPARK’. “I went through a breakup. Max [Kakacek] was also on shaky ground with his partner at the time.” In an effort to give space to the end of his relationship, Julien decamped from the band’s base in Chicago to a rented bungalow in Portland. When best friend, co-writer and guitarist Max flew out to join him, it wasn’t long before Covid lockdowns trapped them in place.

Despite the countless tribulations of the pandemic, their semi-exile is partly to thank for the new life found on ‘SPARK’. “It was honestly a blessing because we were able to have a lot more space, like an entire house set up with a bigger studio,” Julien says as Max nods.

‘SPARK’ as a title is nothing if not fitting. Whitney have injected a newfound vitality into their music. Where their previous releases were packed with emotion that wormed its way deep into a vulnerable part of your ear, this record sees them develop a sound with energy that implores you to move.

“I think everyone felt it during the pandemic; days where it was hard to feel motivated to do much because there wasn’t much of an optimistic outlook,” Max reflects. “The times that we felt happiest, even when we were making a song about that lack of optimism, were when we were writing. April was when we wrote the first song, and after that, I think we were just on a natural high, kind of chasing it.”

‘NOTHING REMAINS’, the first track written for the album, acted almost like a bridge between ‘SPARK’ and their previous release ‘Forever Turned Around’, a record that left the band certain that they needed a change in direction. “Even though we love it and are really proud of it, I think we just knew that we had a lot of room to explore,” Julien remembers of the difficult time finishing the last album. “In order to write our best songs and do our best work, we were gonna have to switch up the sound.”

“Just spiritually, we knew that we weren’t necessarily inspired by the dusty old, forgotten, ‘Light In The Attic’ type singles anymore,” Julien states. “It just wasn’t doing it for us.”

“It ended up being a benefit to us not to play shows constantly. Of course, we want to be playing shows but creatively, you kind of get into habits, playing the same songs every night,” Max reveals, explaining how the album found its way to new uncharted waters, far from Whitney’s neo-folk roots and into the alt-pop domain. “Like midway through the album, it was kind of, not a rule, but an idea to stay away from acoustic guitars for as long as we can in each song and then, at the end, maybe find a way to bring them in.”

“It was totally an expansion on the way we’ve worked in the past. We were back and forth around the studio on different instruments,” Julien throws his arms around, pretending to play a million synths. “Egoless too. If it didn’t work, it would just be like, ‘Nah.’”

With all of the creative freedom their Covid isolation would bring, Whitney had the time to create music solely on their instincts, with no specific stylising to aim towards. “Let’s bring more tools in and just explore it as we write. Not forcing it to be like, ‘Okay, we need to write a song that starts with a JUNO,” Julien says mockingly.

“We don’t make decisions that feel forced; we will still write in an organic way.”

“We were just having fun every day, and it felt like making the record was a celebration of that happiness”

When asked if this album was more fun to make than their others, there’s no doubt when Max and Julien respond in unison, “I mean… yeah!” The record itself is imbued with an innate glee, even in its lower moments. “[In ‘Forever Turned Around’] the studio sessions were very focused, and there were points where no-one was smiling, everyone was just in their zone, trying to perfect this idea,” Max recounts with a big grin. “In the studio at Sonic Ranch with Brad and John [for ‘SPARK’], I feel like we spent 60% of the time laughing to the point of not being able to breathe.” He laughs with Julien for a moment. “We were just having fun every day, and it felt like making the record was a celebration of that happiness.”

Happiness is abundant in the hazy pop rhythms and colourfully scattered riffs that fill out the sonic space of ‘SPARK’. Thanks to the metamorphosis of Whitney’s sound, deeply introspective tracks still inspire all the movement of Top 40 mainstays. Even ‘MEMORY’, which sees the band lament the scary habit of obsessing over the past and fearing the future, plays out as an irresistibly gleeful banger.

This charming confidence in their own neurosis is thanks to Max and Julien’s stalwart friendship, which is apparent in how they enjoy each other’s jokes. Julien reveals that even producer John Congleton remarked on their relationship in the studio. “We didn’t go into the studio with an album title, and Congleton was like, ‘I keep seeing all these tandem moments between you two’,” he says in his best Congleton impression. That title never entirely stuck. As the pair of them laugh, Max adds that co-producer Brad Cook dubbed them the Harmony Bros.

Julien explains, “We were basically like playing something and being like, ‘I got this, let me do the pitch bend’,” as he mimes the act of altering Max’s guitar mid-song. “I guess some non-toxic masculine love or something.”

“We were kinda just hitting our stride,” Julien sums it up, which even one listen of ‘SPARK’ would confirm. We’re now hearing truly unfiltered Whitney, exactly as they want us to hear them and with all the exciting synths they can muster.

Whether delving into the loss of their long-time mentor in the sentimental, softly sang ‘TERMINAL’ or celebrating the end of a relationship and starting new beginnings in ‘REAL LOVE’, the band has honed into their subject matter meticulously, translating it effortlessly into characterful bops.

“In the past, everyone would enjoy going to a late-night dark club, vibing out and releasing some energy that way,” Max ponders on the stark poppiness of ‘SPARK’ compared to their previous work. “Not having any way to do that or really experience music in that way, in a communal sense, I think the way we related to it was to try to make something ourselves that made us feel that way.”

As a result of their isolation, Whitney have presented a polished set of intricate tracks that discuss change of the self and illustrate the development in their vibe. It’s almost impossible to guess what direction the Harmony Bros will head next, but we’re sure we’ll want to hear it. ■

Taken from the October 2022 edition of Dork. Whitney’s album ‘SPARK’ is out 16th September.