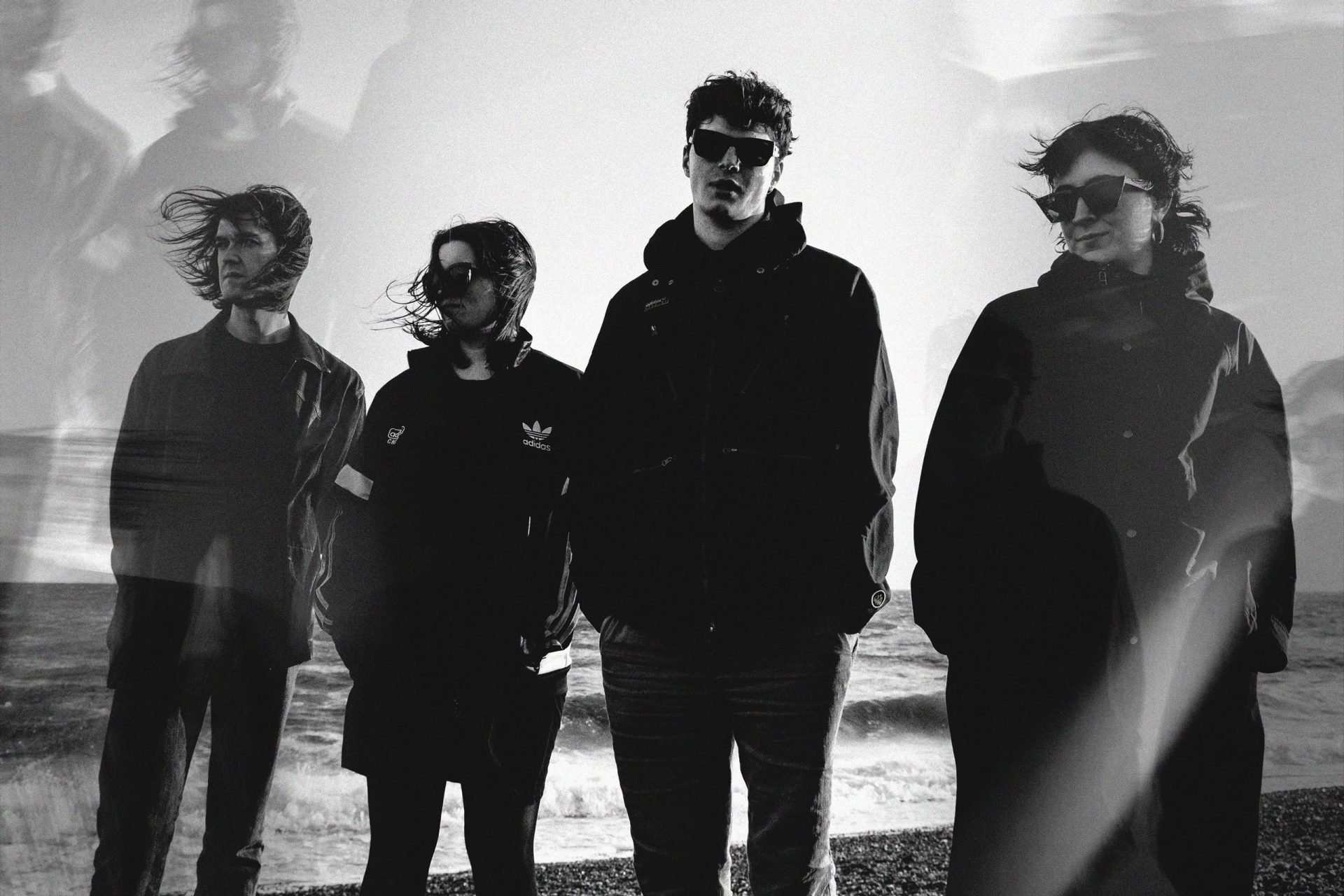 Working Men’s Club: “Anyone who’s been conscious through the past few years knows there’s something not right in the world”

Experts at generating a permeating sense of dread, Working Men’s Club have certainly had an excess of tension and darkness to draw from in the last few years. Covid has been the least of frontman Syd Minsky-Sargeant’s worries, though.

Todmorden – a market town 17 miles northeast of Manchester and with a population of 15,000 – seems an unlikely place to spawn an electro-slash-punk cult, but this is where Working Men’s Club began and indeed remain. Green hills, small pubs and friendly faces provide distance from music-centric flocks in the bigger cities and have allowed Syd Minsky-Sargeant to focus on his craft without needing to keep one eye over his shoulder.

With a debut record done and dusted to universal acclaim, you might think that his gaze would be cast firmly upwards with wide-eyed ambition – instead, they remain level, meandering through a familiar mental and physical space. “That first record was quite a junior album,” Syd states. “I was 16 or 17 when writing all of those tracks. That’s not where my head’s at anymore. It definitely felt like taking a step forward with this album, otherwise there wouldn’t be much point in making another one. These first two albums for me are kind of youthful in two separate ways, but they’re different albums – completely different.”

They may be different albums, but a key similarity is a deeply individual imprint the songwriter chooses to stamp into his creative output. “Our music is always a personal documentation,” he offers. “The strongest songs come from me being genuine and not even trying to put myself in someone else’s brain. I don’t think I can perceive other perspectives as authentically and shape the thoughts into music in the same way.”

Working Men’s Club are making music that might seem decadent but is made to stand the test of time, far away from being absorbed into any scene (post-punk labels be gone). “I’m trying to make records that are as futureproof as possible,” Syd confirms. “A lot of people reference the past when they talk about my songs, but that association is incidental; in the studio, we’re only utilising the arsenal of gear that we have and bringing about the finest work we can with no real reference material. In terms of production, we’re trying to be ourselves as much as possible and delve into that in a way that makes an interesting song.”

Consistent originality is undoubtedly helpful in achieving this timeless state, and they’re reaching new heights sonically, too. If you like the raucous, moody, swirling energy that Working Men’s Club have summoned in past offerings, then ‘Fear Fear’ will not let you down. “It’s a less minimalistic record because there was more that needed to be said – my brain felt more convoluted, so I needed to be more expressive in both the lyrics and instrumentation. They go hand in hand on every song,” the frontman explains.

In more ways than one, that convolution stems from the seemingly dire fate of the UK. Although this record was initially described as “The Plague Diaries”, it is far more than our current literal plague that haunts Syd. “Anyone who’s been conscious through the past few years knows there’s something not right in the world, and we need change. There are some very specific aspects that stick out to me, like the fact that we’ve been under an ever further right-leaning rule for the past… well, as long as I can remember,” he specifies.

“It’s getting ever harder to purvey your opinion without being trodden on because of the online world, which we all entertain. People have become far more vicious instantaneously because they have the protection of the internet, but wouldn’t behave like that in real life. It’s important to retain debate and encourage a conversation rather than rushing straight into conflict,” he considers. “It’s important to hear all sides of an argument and try to listen to where people are coming from. If you disagree, explain why and maybe you can change opinions in a balanced light.”

It may seem like common sense, but these basic concepts fuel much of the perpetual anguish that defines our society and, therefore, much of the bulging body of ‘Fear Fear’. “People in the UK have many mental health problems that aren’t spoken about,” Syd begins. “There are a lot of political reasons for that, fundamental problems with society that are being brought to light. People have become bored of the struggle but still feel powerless and that there’s no hope left; maybe those are some of the feelings I was trying to convey within this record from a first-person perspective.”

The album isn’t all doom and gloom, as the band try to embody a spectrum of their own emotional responses. “Life isn’t happy all the time,” Syd admits, “but there’s a lot to be taken from just talking to normal people – having a conversation with one another. Turning to bigger powers, falling out over something that is totally distant from yourself, fighting over someone that doesn’t give a fuck about either of you. It doesn’t make much sense to me anymore. Just the simplicity of saying hello to a familiar face passing by is a more grounding and sensible thing.”

A hesitant optimism for the simple things is buried within the harsh words on offer. Asked what causes these occasional diversions into bullish and bright tunes, Syd laughs. “The weather? I don’t know. It’s a really hard thing to explain. Music is like jargon that doesn’t make sense a lot of the time, but it’s all about freedom of expression, and that comes about in lots of different ways. These songs are me expressing my emotions, even if a lot of those tend not to be too positive. It’s always good to get things off your chest in any way you can.”

He continues to describe music as a cathartic vice, but one that must be treated with respect, too. “I’m not pissing around in the studio. We enjoy ourselves, but we take the work very seriously,” he declares. “The same sentiment applies to writing, recording, engineering – thinking about each specific process in a disciplined approach helps retain our clarity. Why keep doing something if you’re going to let your standards slip?”

With ‘Fear Fear’, Working Men’s Club prove that their standards are only getting higher. Despite complaints regarding streaming service payments for artists being met with complete agreement, Syd is optimistic about the future innovation. “I’ve been handed the ability to listen to music in a reinvented format, compiling a mix of artists and genres however I like with the click of a button,” he offers. “A palette of varied colour and inspiration is an incredible thing to have at your fingertips.”

Accessibility grows ever more prevalent, but Working Men’s Club hold onto intrigue and mystery as key components of engaging with their art, going as far as to refuse to divulge the stories behind key moments in ‘Fear Fear’. “It’s important to leave the search for meaning to the listener,” Syd concludes. “It’s good to question things and put your imagination to work. That’s what it’s all about. If you need one, that’s the meaning behind this record.” ■

Taken from the July 2022 edition of Dork, out now. Working Men’s Club’s album ‘Fear Fear’ is out now.