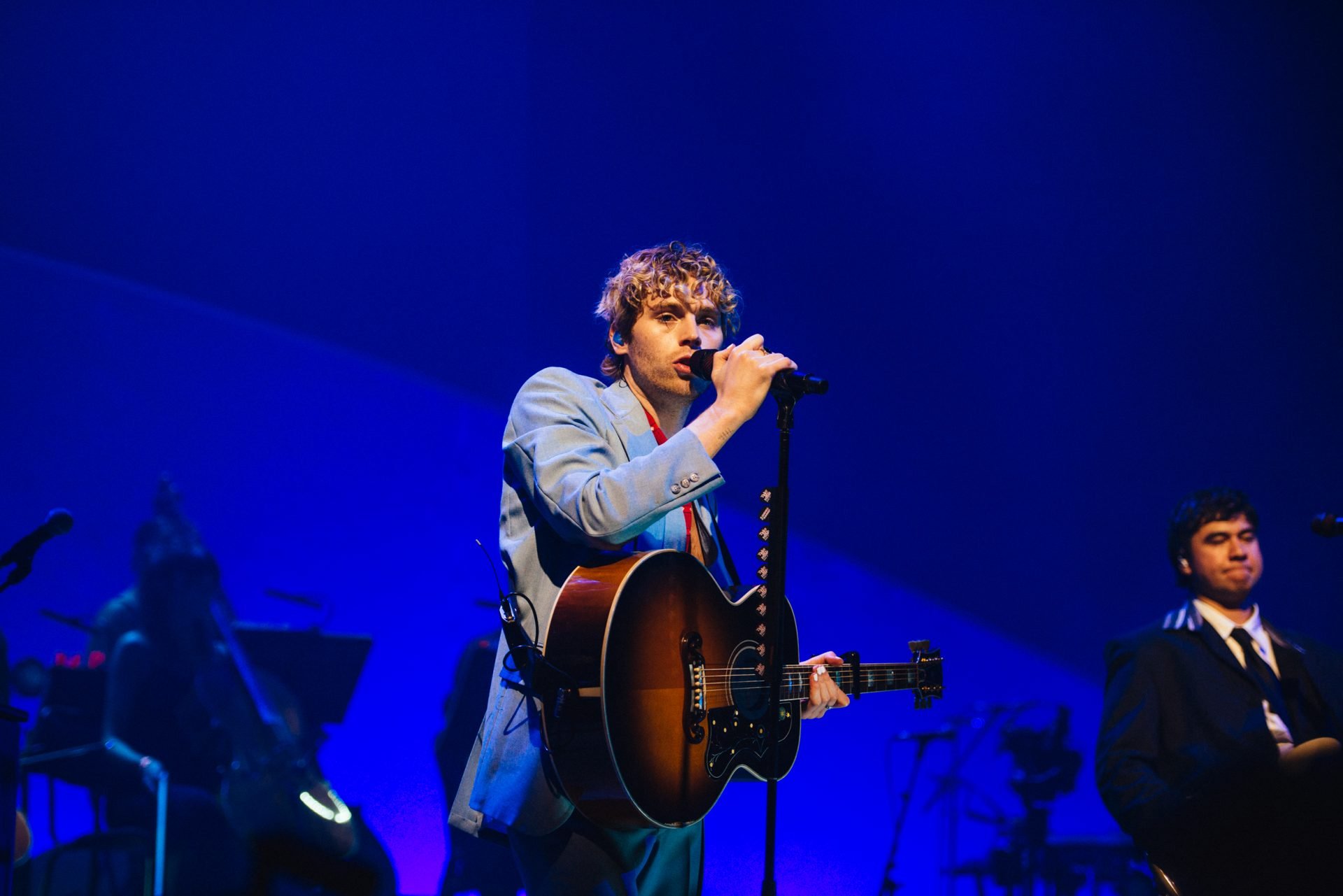 On the eve of ‘5SOS5’’s release, 5 Seconds of Summer are out to give probably the most special performance of their career.

Announced specifically as ‘one night only’, teasing tracks from an album that would drop mere hours later, backed by an orchestra for the first (and maybe last) time, 5SOS make a venue as huge as the Royal Albert Hall feel like an undersell.

Crammed onto the iconic venue’s stage are all four boys in a row, a 12-piece orchestra, and a choir in the back. In the seats are the few (“few” being some 5000) lucky fans who’d battled it out for tickets, and for the ones who couldn’t get in, it’s also being live streamed too.

When 5SOS officially debuted in 2014, it would’ve been very hard to imagine what they’d sound like backed by an orchestra, but here we are, watching them play an acoustic version of ‘She Looks So Perfect’ that slowly blossoms into a string-led singalong. It’s not the only nod to the fans who’ve been there from the start either. A reimagined version of early tearjerker ‘Amnesia’ makes an appearance, plus ‘Jet Black Heart’ the way it was initially intended, and unexpected additions of ‘Outer Space’ and ‘Carry On’ for the first time since 2016.

It almost seems a shame that the tracks from ‘5SOS5’ won’t always be performed like this. ‘Take My Hand’ shines so brightly – and that’s not a pun considering the way the fans light up the venue, floor to ceiling, with iPhone torches – with the full orchestra. The live debuts of the unreleased (if only for the next few hours) ‘Carousel’ and ‘Caramel’ set the bar high for any future performances, while ‘Me, Myself & I’ gets a live moment that it didn’t on the London tour stop earlier this year.

When latest single ‘Older’ arrives, the group are joined by Sierra Deaton (that’s frontman Luke’s other half and featured vocalist on the ballad), who’s met with roaring screams on a par with the boys. It’s a really touching and intimate moment as they sit together at the piano, one that likely won’t be replicated much outside of their living room.

It’s a very different show to the enormous arena one they’d spent the first half of this year touring, but when it comes to their speeches, the sentiments remain the same. Guitarist Michael takes to the mic and stands in disbelief, admitting he’s forgotten everything he wanted to say but whips up a speech showing his endless gratitude. Bassist Calum later notes that none of this would be possible without the fans, while drummer Ashton recalls busking on the street opposite the Royal Albert Hall ten years ago, bringing home just how far the group have come.

As the show comes to an end, they announce ‘Bad Omens’ as the new single, and give it the most grand first outing possible. With the night drawing to a close, Ashton explains that although they’re from Sydney, London has always been special to them, and it’s easy to see why. The connection between the fans and the band makes a show this huge actually feel intimate.

Simultaneously the ultimate teaser and the most bittersweet bow out to an album cycle that’s barely begun, this Royal Albert Hall concert shows off the band 5SOS could be, and the one they always knew they would be.