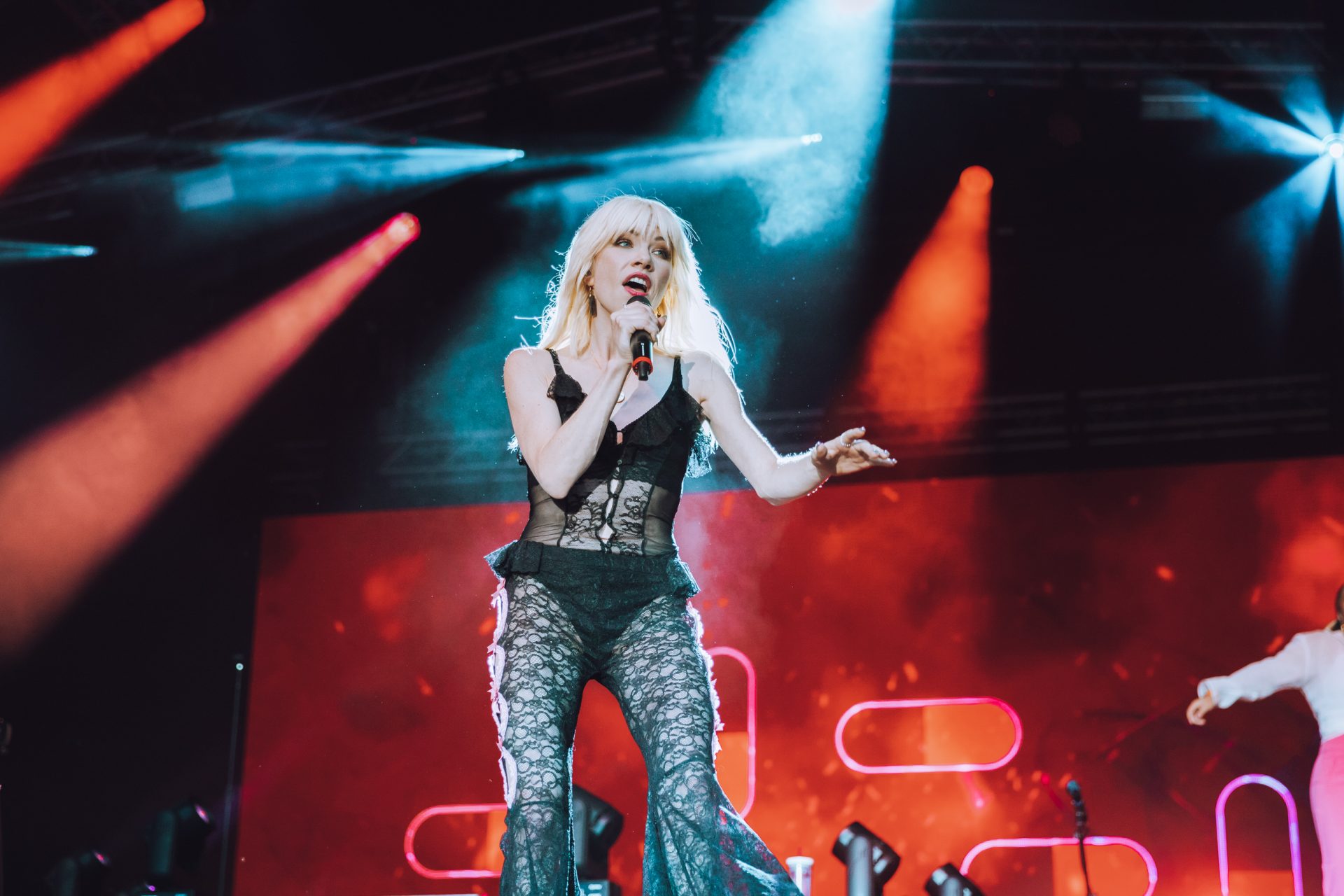 Pop has become brilliantly complex over the past few years, with your Harrys, your Lordes and your Billies asking big, complex questions about life while pulling experimental shapes. By contrast, there’s something wonderfully pure about Carly Rae Jepsen’s pristine pop. She might write almost exclusively about love (self or otherwise), but Jeppers’ music is anything but simple.

Tonight, before she even takes to the stage at London’s Somerset House, her touring drummer asks the 3000-capacity crowd if they’re ready to party like he’s a WWE announcer. Without waiting for an answer, the backing band launch into a surf-pop instrumental with Jepsen soon swaggering onto the stage for ‘No Drug Like Me’. A confident, self-assured track, it’s the perfect introduction to tonight’s set, and the sort of star Carly Rae Jepsen is in 2022.

Following her bubblegum introduction to the world and the critically acclaimed cool of ‘Emotion’, 2019’s ‘Dedicated’ saw Jepsen comfortable in her own skin, toying with everything from glitching electro-pop to Hollywood extravagance with an effortless command. Tonight’s gig is just as sure of itself, with Carly launching into breakout hit ‘Call Me Maybe’ midset while the recently released (and brilliant) ‘Western Wind’ is performed without the usual apologies about playing new material. And quite right so – the swaying, indie-infused track might seem understated at first listen, but there’s a heart of solid pop gold beating away, teasing a very exciting album four.

In fact, that indie snarl can be felt throughout the night, with ‘Emotion’ propped up with jangly guitars and ‘Give Me Love’ sounding like self-titled The 1975. Taking that ‘80s escapism further, ‘Want You In My Room’ is transformed into a power-pop anthem, complete with backing singer-assisted dance routine and aching sax solo.

Elsewhere, Carly Rae Jepsen promises the crowd that she isn’t pining for a man named ‘Julien’, despite a whole wonky pop track about the fellow. “I’m really not that interested,” she says, again without apology. “Nice guy though,” she adds with a grin. Later, she admits “I always worried about being too loud, too crazy, too emotional, too nuts – but with the right partner, there’s no such thing as too much.” Yes, the sleek ‘Too Much’ is pure, unadulterated pop honesty but Jepsen wields that power with care and precision. With giddy, vulnerable anthems like that, it’s easy to see why Carly Rae Jepsen resonates so intimately with her fanbase.

Tonight that connection fills the vast courtyard of Somerset House, as time and time again Carly Rae Jepsen cuts to the feeling and does away with the rest.