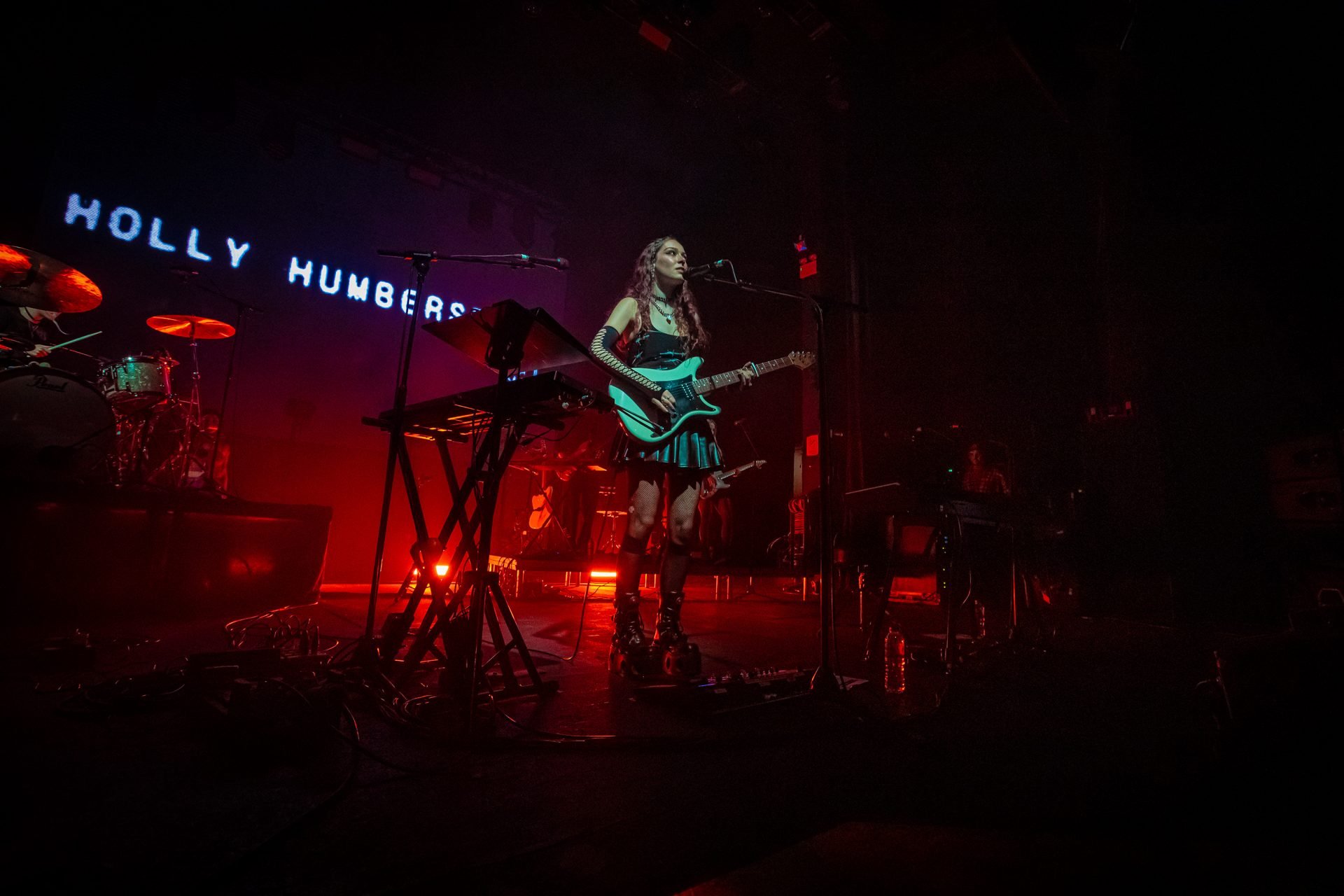 Holly Humberstone kick-started her career from her remote family home in Lincolnshire, initially struggling to see much tangible proof that people were listening. Now, with multiple headline tours under her belt, two broken and beautiful EPs and much more on the slate for next year, it’s harder to maintain the same nonchalant pretence.

The previous Dork Hype List and former cover star faces any sense of mounting pressure with confidence as unflinching as her consistent honesty. Having last played in the Toon just over a year ago at the modest Cluny – a gig which itself was the sold-out result of pandemic delays – she now steps up to a larger crowd, but one that feels closer than ever. NX, a refurbished 02 Academy venue, opens up a wide stage and exposes Humberstone to faces at all angles; with the modest singer standing at the forefront, she’s in the spotlight right where she belongs.

A faultless vocal delivers heartfelt sentiments which stop the infamously rowdy Geordies in their tracks, with the ability to connect with sometimes bleak but always genuine stories proving to be her biggest asset. While Holly’s writing is ever the star of the show, a new live band adds a serious kick – gone are the days of spinning around between three different sound pads, instead replaced by live drums and harmonies that allow her to focus on delivering each lyric with the soft blow it deserves.

Opening with ‘The Walls Are Way Too Thin’ and later bookending the set with some rare high-energy cuts, the core of the set is a breathtakingly intimate exploration of a complicated and confusing turn into adulthood: moving to the big city (‘London Is Lonely’), watching the host of your youth crumble away (‘Haunted House’), hurting others through no fault of your own (‘Friendly Fire’)… it’s not an easy world to navigate, but Holly does so beautifully.

Many of the emotions touched on here stem from the unstoppable motion of mundane trains of thought, but that doesn’t let them become any less interesting when explored in detail. In fact, Humberstone displays the rare ability to turn every second on stage into a magical moment, forcing boisterous gig-goers to a complete standstill. That doesn’t stop fans from singing along, though, with ‘Falling Asleep At The Wheel’ an undeniable highlight in that area.

Subtlety is key as, just like her release strategy, the 22-year-old’s set becomes a slow and gradual build with each stop on that journey becoming its own special moment. The all-too-short setlist examines a collection of heartbreaking and potentially set-defining highlights, back to back for over an hour – it’s a show that will inevitably be envied by many.

By offering a safe space, a comfortable zone to expel all the uncomfortable, disjoined thoughts, Holly opens herself up to the world and the world understands completely. Still going through so much change as a young adult, there is far more of this uncertainty than she is yet to reveal; with a debut album set to arrive next year, and her next Newcastle performance being a Sam Fender support at the legendary St James Park, it’s impossible to put a lid on Humberstone’s potential.