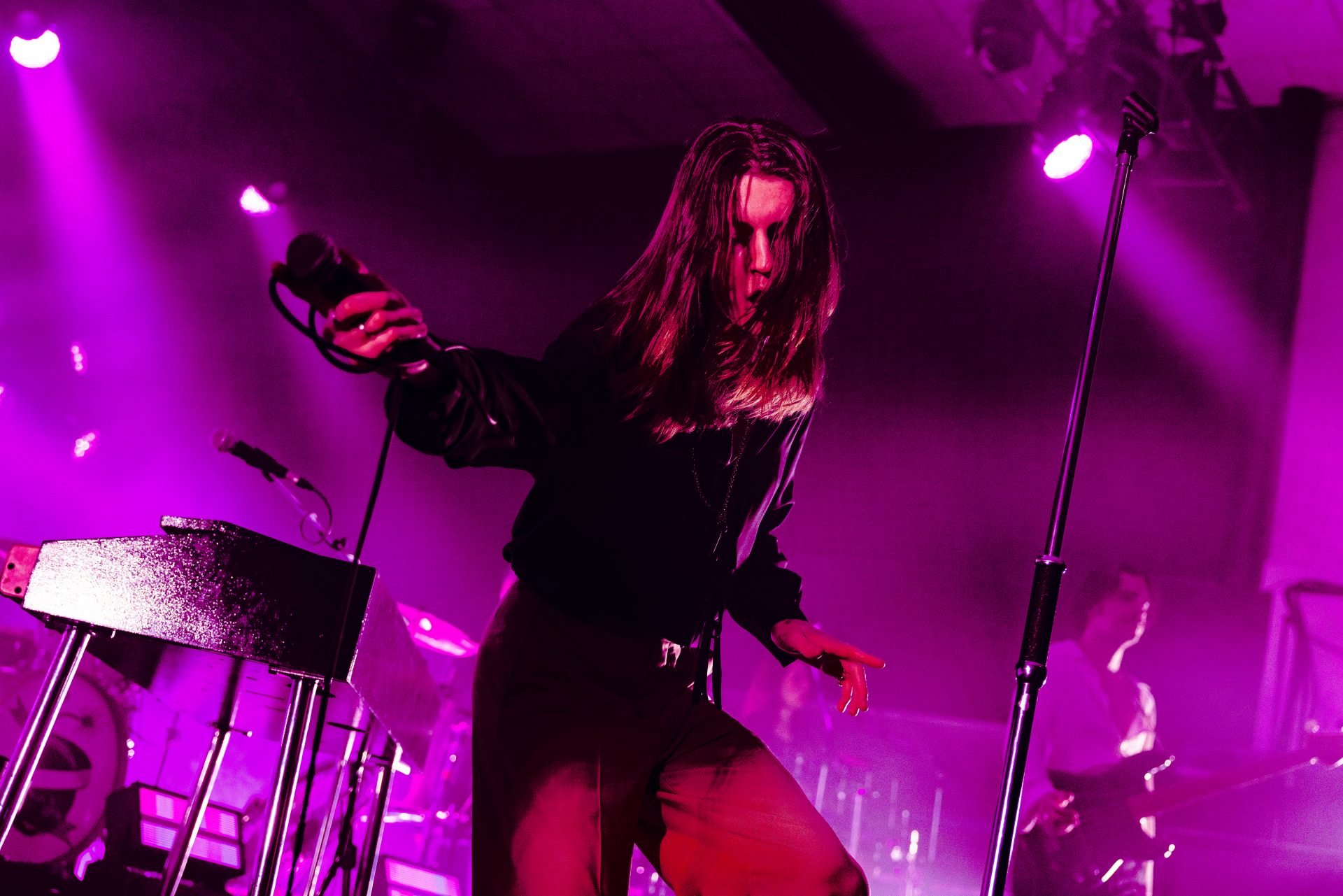 When Blossoms appeared on the cover of Dork for the very first time earlier this year, drummer Joe Donavan exclaimed “about time!” – and y’know what, he was right. Occasions like their rousing headline set in Edinburgh highlight exactly why they firmly belong at the top table of pop legends.

Marking their fourth album (and third number one) ‘Ribbon Around The Bomb’, this run of shows to end the year showcases a career-encompassing set that celebrates the journey they’ve been on while also offering an intriguing teaser for the future. Perhaps the most striking thing is just how at ease Blossoms are on stage, every member growing into themselves as consummate performers rather than just a bunch of lads playing instruments. Tonight, they’re positively revelling in the moment. Singer Tom Ogden is the ringleader, of course, as he sashays and shimmies across the stage, looking as immaculate as ever with officially the best haircut in pop and some quite beautiful trousers. Always remember how important the trousers are. Whipping up the crowd up in his engagingly endearing style, they respond in kind. “At Once A Kiss’, ‘Oh No, I Think I’m In Love’, ‘Honey Sweet’ – it’s all perfectly positioned pop from a band utterly at ease with who they are. This is the ultimate Blossoms experience, refined and ten years in the making.

Their current album is a quiet evolution for the band, containing their most personal and ambitious work. To realise this on stage, they’ve grown into a nine-headed groove machine, with the expanded band including extra percussion and backing vocals. It provides a richly full sound that enables them to have fun with the songs, the blissful coda to stirring early set highlight ‘The Keeper’ a particular highlight. The cuts from ‘Ribbon Around The Bomb’ form the heart of the set with ‘Ode To NYC’s’ dreamy escapism, ‘The Sulking Poet’s’ perfect pop and the disco swirl of ‘Care For’. All stirring stuff.

Most excitingly though, there’s a nod to the future with an Actual New Song. ‘Big Word’ already feels like a Blossoms classic. A darker insidious groove suggests their knack for evolution will only continue. Never afraid to embrace ridiculousness, they amp up the party atmosphere with their rousing cover of certified pop classic ‘Don’t You Want Me?’. It also provides a highlight for Edinburgh-born support act and Dork Hype List star Brooke Combe, who absolutely nails her vocals.

Ending with the customary elongated party jam of ‘Charlemagne’, it feels like we’ve come full circle. A dizzying journey through a discography packed with invention, heart and some of the best songwriting you could hope to hear. About time indeed.