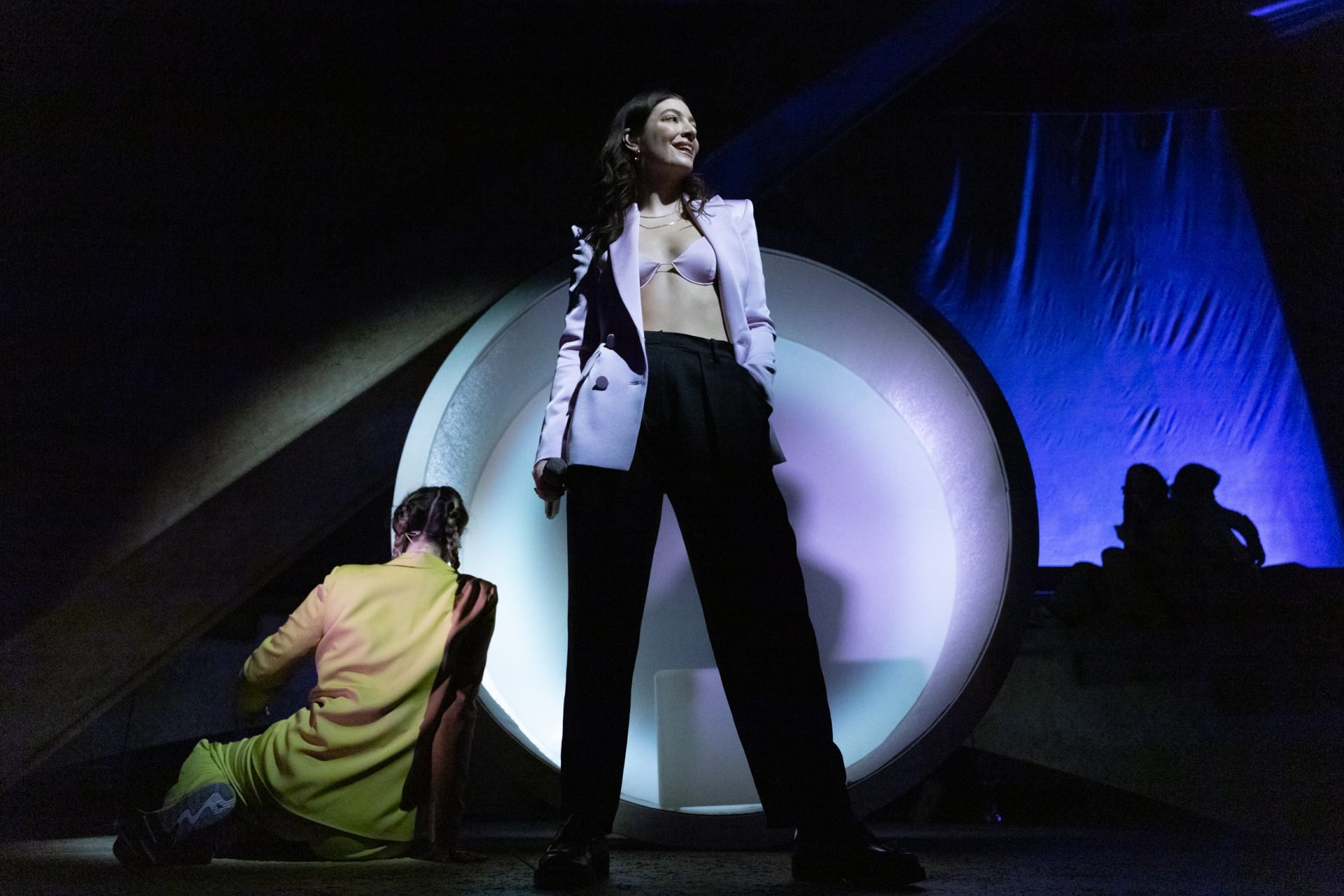 Lorde has always been something of a pop maverick. Breakout single ‘Royals’ and with it, debut album ‘Pure Heroine’, switched the mainstream conversation around radio-friendly hits from big and bombastic to sparse, emotional and delicate. The then-16-year-old inspired a wave of artists (both breaking and established) and in a few more years, should rightly be credited for opening the door for the entire bedroom pop genre.

Rather than stay in that lane though, she followed it up with the euphoric, dance-driven Melodrama that established her as a true pop star before releasing the divisive ‘Solar Power’ in 2021. The escapist, psychedelic record spoke longingly about sun-drenched self-discovery and throwing your phone in the ocean, but was released when the COVID-19 pandemic was at its most unpredictable. After 18 months of restrictions, people by large had had quite enough of looking themselves in the mirror while online worlds were all they could really explore.

Tonight, as Lorde takes to London’s Roundhouse for the third and final time (she’ll be back this way later this month for another sold out show at Alexandra Palace after a jaw-dropping show at Glastonbury) she admits it perhaps wasn’t the right time for ‘Solar Power’, but makes no apologies for it. A slow burner, it’s become a vital part of Lorde’s near-perfect back catalogue and perfectly soundtracks the first tentative steps of life, post-lockdown.

The whole night feels like a party, but only after the slightly awkward, overly-rehearsed introduction of ‘Leader Of A New Regime’ that sees a silhouette of Lorde performing from centre stage. She comes into the light and is joined by three backing singers for a pared-down ‘Homemade Dynamite ‘and by the time she walks up the giant staircase/sun dial that dominates the stage for ‘Buzzcut Season’, the show is starting to feel more like an evolving art exhibition than a pop gig.

Once she’s done circling the audience though, Lorde announces that after three shows in the venue “this is starting to feel like my house, so forgive me if I get overly comfortable,” before a brilliantly gut-wrenching ‘Stoned At The Nail Salon’. The now-immortal line “’Cos all the music you loved at sixteen you’ll grow out of” is met with deafening, defiant cheers and Lorde mouths “I Love You” to the audience. From here on out, there’s nothing but celebratory, communal joy.

“Shall we dance for our 15-year-old selves” she asks before the club-ready trance of ‘Ribs’ while ‘Writer In The Dark’ is peppered with playful “sssshs”.

Over the course of the night, she name-checks Haim, Kendrick Lamar, Robyn and even covers Carly Rae Jepsen’s ‘Run Away With Me’. “There’s something about listening to music in a group of bodies – whether it’s five of your mates in one of your houses or three and a half thousand of us at the Roundhouse on a Friday night, that can connect you to a truth about yourself that you didn’t realise until that moment. You know how a great pop song can do that?” she asks. “I know I have a lot of these big, complicated, knotty feelings inside of myself that I am trying to set free. If you are like me and are kinda fucked up also, I invite you to exercise any big feelings like that in the breakdown of this song,” she continues before the art punk crunch of ‘Hard Feelings’. You can’t move for catharsis.

It’s those once-derided songs from ‘Solar Power’ that really steal the show though. Both the swaggering ‘Secrets From A Girl (Who’s Seen It All)’ and the Spice Girls-inspired ‘Mood Ring’ provide undeniable highlights that go toe-to-toe with ‘Green Light’ and ‘Royals’ for sheer audience excitement. Tonight is proof that we should always put our trust in the Lorde.