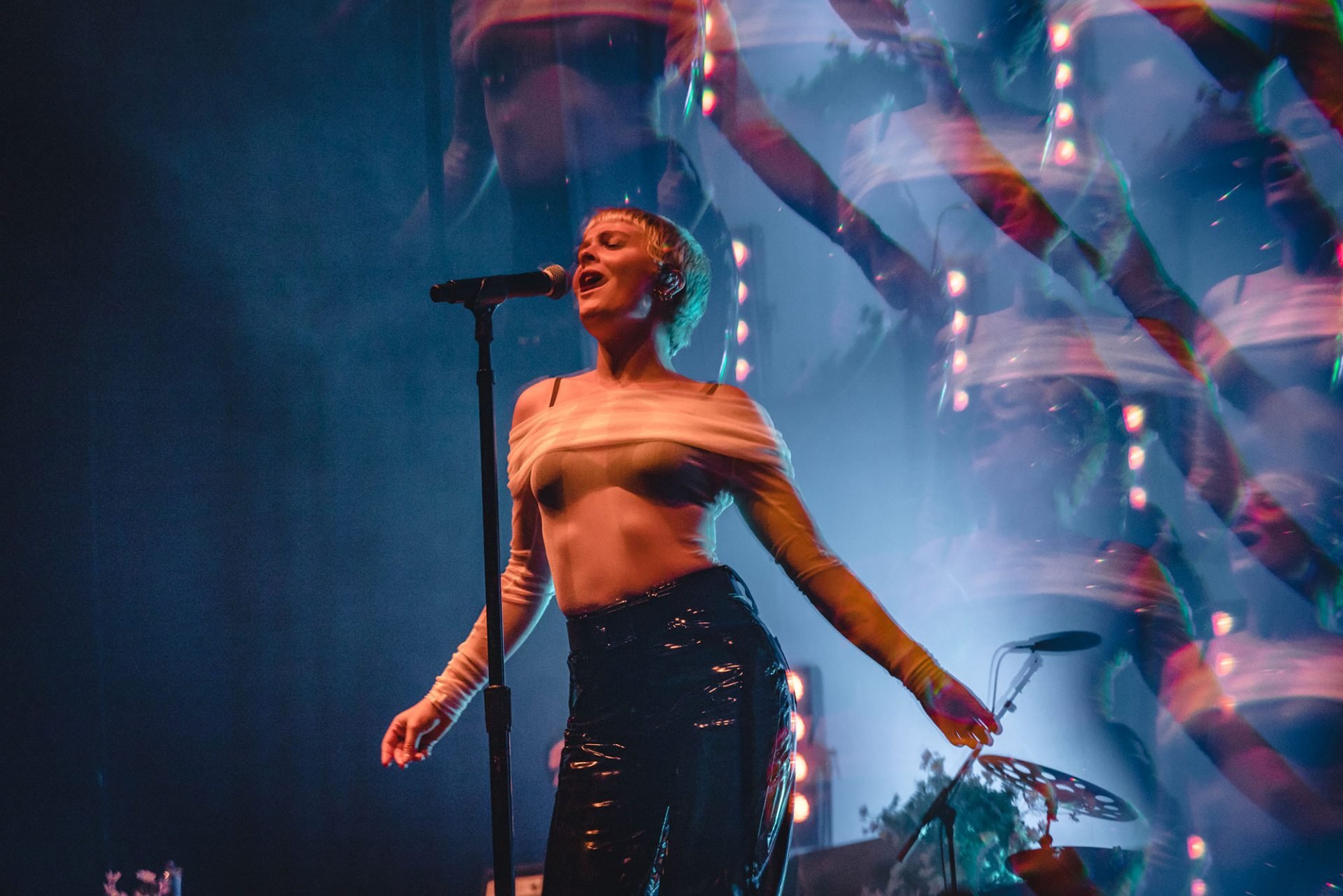 Maggie Rogers’ headline show at Brighton Dome starts with the rumbling ‘Overdrive’ that manages to keep its composure for just a couple of minutes before it explodes in triumphant catharsis while the evening ends with a pained yet hopeful song for peace, ‘A Different Kind Of World’.

“It’s about being together,” Maggie tells the crowd. “It’s about taking a second to remember how absolutely sacred and special it is that we can come together in this room and have a release.”

In between, there are outlandish anthems of desire and sweeping questions about the world. ‘Shatter’ is twisted around fiery punk venom, ‘Say It’ ends like a Whitney Houston classic, while a giddy performance of ‘Honey’ sees brilliant support act Samia bounding onto the stage and trading verses with Maggie. Feral joy? You bet.

Understandably, a lot of artists have tried to find celebration from a time of emotional unrest over the past couple of years, but few have done it as well as Maggie Rogers. Released earlier this year, ‘Surrender’ offers escapism, understanding and jubilance without sugar-coating the tough times that have created such widespread anxiety. It’s urgent, fierce and resolutely focused on finding reasons to smile.

Onstage, Maggie admits that she’s been thinking of playing ‘Surrender’ for the best part of three years, but tonight’s show never feels rigid. Backed by a six-piece band who seem to have been given free rein to do whatever they want, there’s a sense of spontaneity throughout. Extended outros take the form of snarling post-rock breakdowns or delicate, piano-driven moments of reflection. A cover of The Blue Nile’s ‘Let’s Go Out Tonight’ breaks hearts “but in the best way possible”, while the folksy ‘I’ve Got A Friend’ sees Maggie play the air-piano with utter commitment. Cycling through tightly wound moments of intensity and ramshackle, free-form jams, Maggie and her band are constantly in pursuit of joy. It’s an infectious game.

After about an hour of turbulent cheer, Maggie takes a second to explain to the crowd how weird it is to be playing a show so far from home when back in America, the midterm elections are taking place. “We were talking backstage, holding our breath and hoping for some sort of peace in the United States,” says Maggie. “Looking out at all of you together, that gives me hope.”

“We’re a little more than halfway through, so if you have something you need to move through, it’s now. This is your time,” she adds before a thundering ‘Back In My Body’ kickstarted a powerful run of visceral bangers. ‘Alaska’, ‘Begging For Rain’ and ‘Horses’ saw Maggie reaching new, emotional heights as the crowd purged fear and uncertainty while the closing trio of ‘Anywhere With You’, ‘Light On’ and ‘That’s Where I Am’ took all the hope in the room, and supercharged it. It’s impossible to argue with nearly 2000 people screaming, “It all works out in the end”, and believing it, if only for a moment.