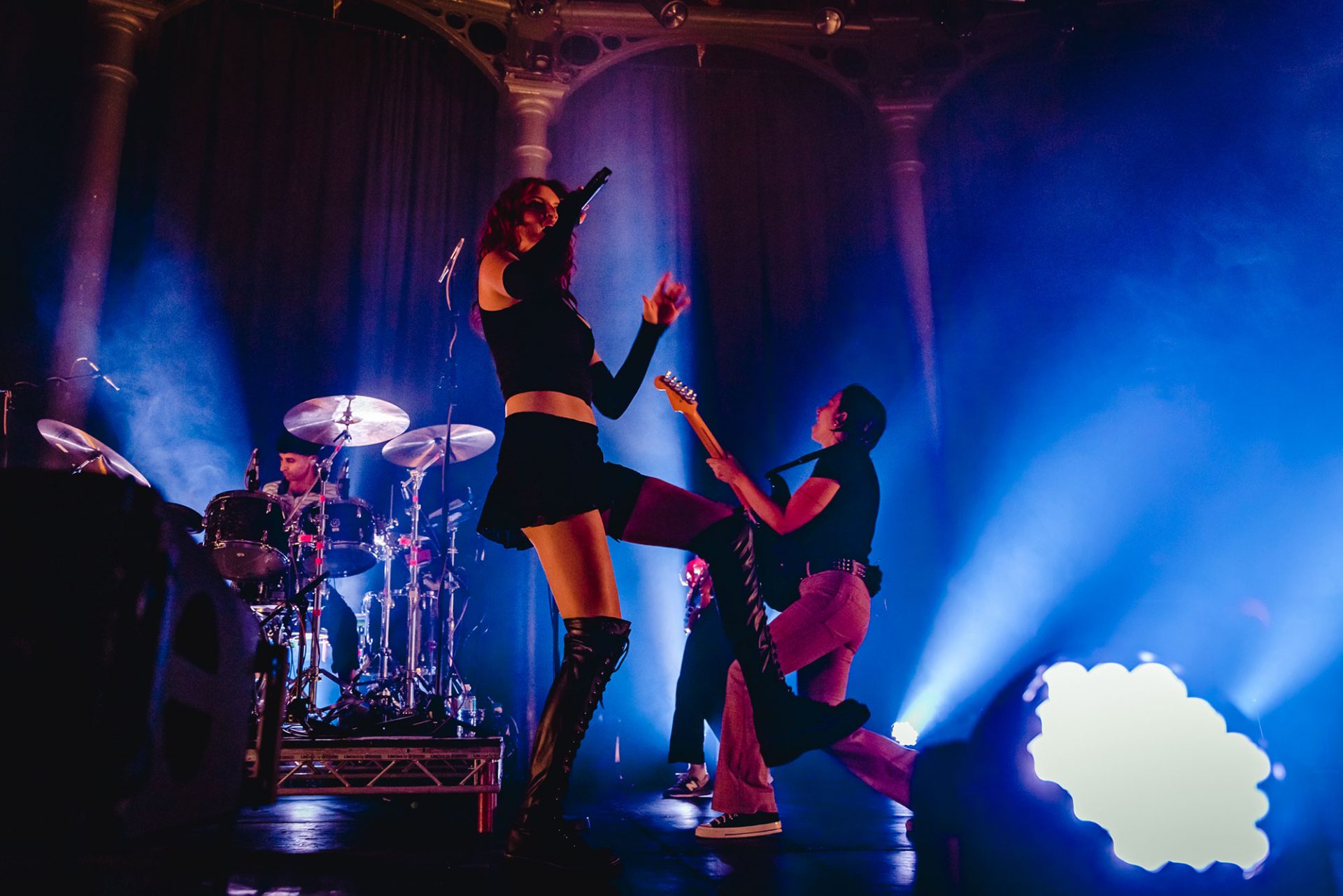 MUNA relish their bigger platform at London’s Roundhouse, and have an absolute blast

A decade ago, back when MUNA were just “three queers in a college room dorm”, they wrote their first song together – I Know A Place. According to vocalist Katie Gavin, it was written “with a hopeful rage that maybe we could find a space where we could be totally free to express ourselves.”

“It felt like such a miracle that people turned up and found meaning within that song,” continues Katie, taking a moment to reflect on early MUNA shows. Today she’s standing onstage at London’s Roundhouse, and the reaction from the 1700-capacity crowd is absolutely deafening. “It’s the same miracle,” she says. “It just feels so much bigger now.”

MUNA have always inspired a cult following. Brilliant second album ‘Saves The World’ was a giddy, emotional evacuation that looked for optimism in the pits of despair and live, their art-punk stylings created a cathartic space that championed self-expression. Their label RCA Records might not have got it, but they found a new home on Phoebe Bridgers’ Saddest Factory label and earlier this year, released their fantastic, self-titled third album.

Speaking to the crowd, Katie explains how the dreamy ‘Loose Garment’ is about finding grace and tenderness while going through tough times, while the epic ‘Navy Blue’ sees them more in touch with “a more raw” part of themselves. “It’s important to honour them both.” She doesn’t like to give advice, but does suggest cutting off contact with anyone that puts rules on being loved.

A few songs later, MUNA bring an inflatable horse onto the stage for ‘Anything But Me’, acquiring cowboy hats from somewhere before sending the pony crowdsurfing. She’s returned safely a few minutes later. “We love a respectful, loud crowd,” quips guitarist Josette Maskin. A cover of The Killers’ ‘Mr Brightside’ soon follows, as MUNA cut vulnerability with a vicious good time. “You can always jump with your spirit,” Josette instructs, making the escapism as accessible as possible.

Despite the bigger venue and the more directly positive music, MUNA haven’t lost that miraculous bond with their fanbase. The merch booth offers t-shirts that promise MUNA are the best band in the world, say the trio “made me gay” and declares that “life’s so fun”. New songs turn the room into a mass of flailing limbs while classics like ‘Pink Light’ and ‘Stayaway’ make the pillars in the room shake. The fanbase might be passionate, but it’s always friendly.

For the majority of their career, MUNA looked destined to remain a cult band. The fearless ambition of their self-titled album has shifted the boundaries, though. “We’re MUNA, and we’re here for the joyful queer revolution,” Katie declares before a triumphant rendition of ‘Silk Chiffon’ brings an emotional night at the Roundhouse to an end. Next year, they take their revolution to stadiums across North America with Taylor Swift. There’s really no telling where it goes after that.