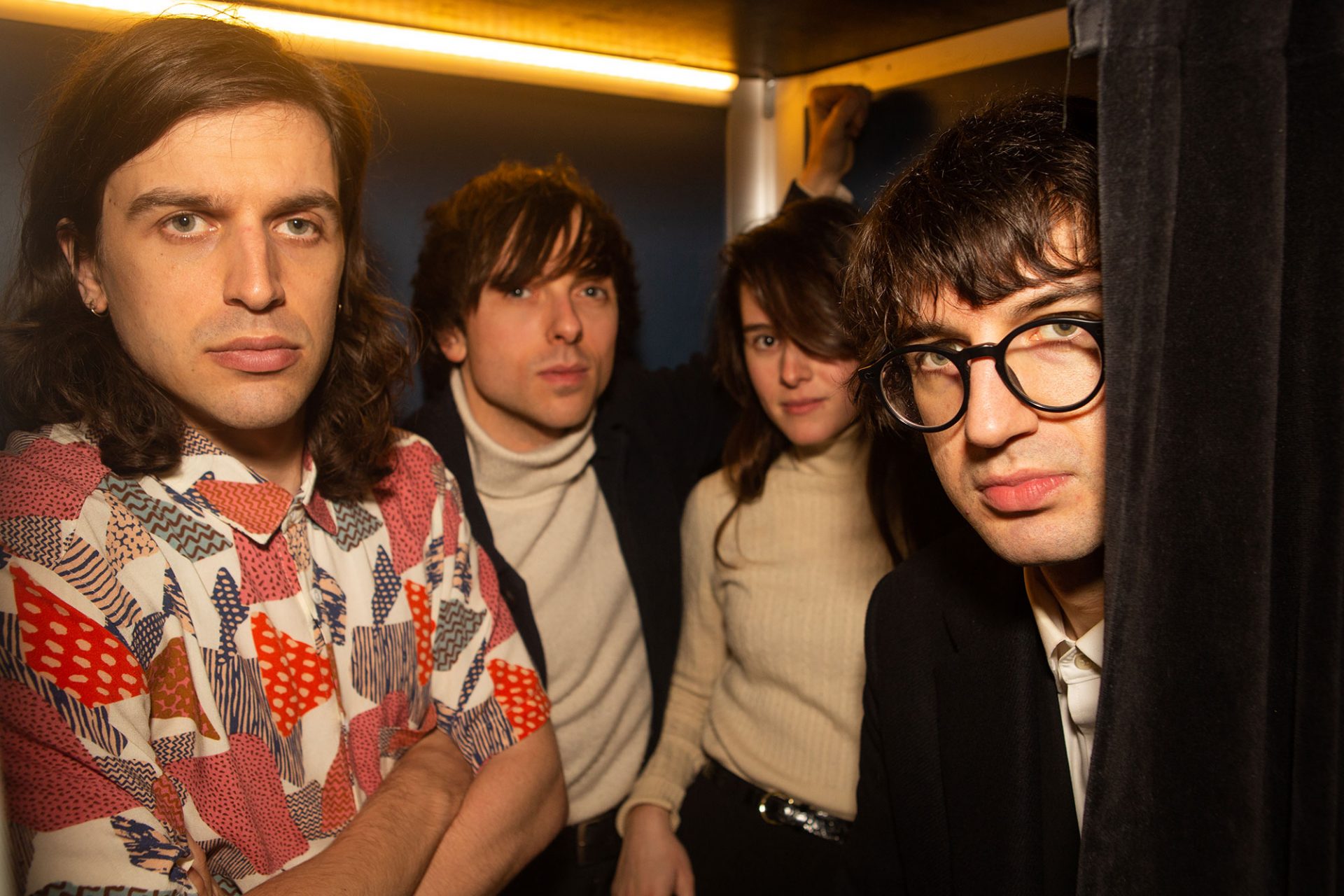 Bangers, good times and… a ham? Spector’s Moth Ball proves a Dork’s Night Out to remember

A cry goes out just before the famous doors of the Moth Club open for Spector tonight. “Fetch the gammon, quick!” Someone is dispatched to the big Tesco at haste. The great indie survivors could, nay should, have been playing the O2 Shepherd’s Bush Empire this weekend. Instead, they’re dealing in meat and dealing with us (not the same thing) as Dork puts on a Night Out for them in Hackney.

Having had a tour (temporarily) robbed from them at the last minute due to the ongoing and very familiar oh-god-when-will-it-end issues surrounding bands and Covid, this is probably the next best thing. Tour supports Famous are along for the ride, except they nearly aren’t. It’s their stage time, and nobody can find them.

At last, they are tracked down, polishing off what we imagine must be a slap-up Italian meal in a restaurant down the road. They do turn up and put on a lovably ramshackle show, which is taken largely from their fab ‘The Valley’ EP. Frontman Jack Merrett is hypnotic, bowing to the crowd and band at points for no discernible reason. As the set ends in the euphoric ‘The Beatles’, all three band members end up staring curiously at each other on stage as a backing track on which none of them play continues. It’s gloriously unhinged.

Speaking of which, the raffle, hosted by our very own Down With Boring co-hosts Jake Hawkes and Jamie Muir, giving away a host of fine prizes including that all-important gammon. Now, we’re not usually ones to say that things may have gone wrong here, but… things may have gone wrong here. Whether most of the raffle tickets that were being drawn from our highly technical ‘pot’ had actually been taken from the wrong book, we’ll just have to wait for an independent investigation to find out. Even though the gammon goes to a worthy home (a blessing), Spector receive the most rapturous response of their lives when they eventually take to the stage for a triumphant run through ‘Now Or Whenever’ and beyond.

“This may be the biggest concentration of Spector fans in the world,” grins Fred Macpherson at one point. “Let’s hope nothing bad happens here…” Thankfully, though, nothing but good things follow. New tracks are met like old favourites, and it becomes a glorious celebration of snatching a party from the jaws of defeat. Fred’s in and out of the surging crowd, where one guy is topless and whipping his t-shirt round like he’s about to be tackled by a rampaging bull. The Magic Gang’s Jack Kaye pops on stage to help during a glorious ‘Norwegian Air’, and by the time ‘Never Fade Away’ rolls in, most of the crowd are wiping away a tear. This celebration, against all the odds, ends with both Fred and Jed Cullen in the thick of the action, with the rest of the band happily sitting on stage watching on as the whole room lives for now.