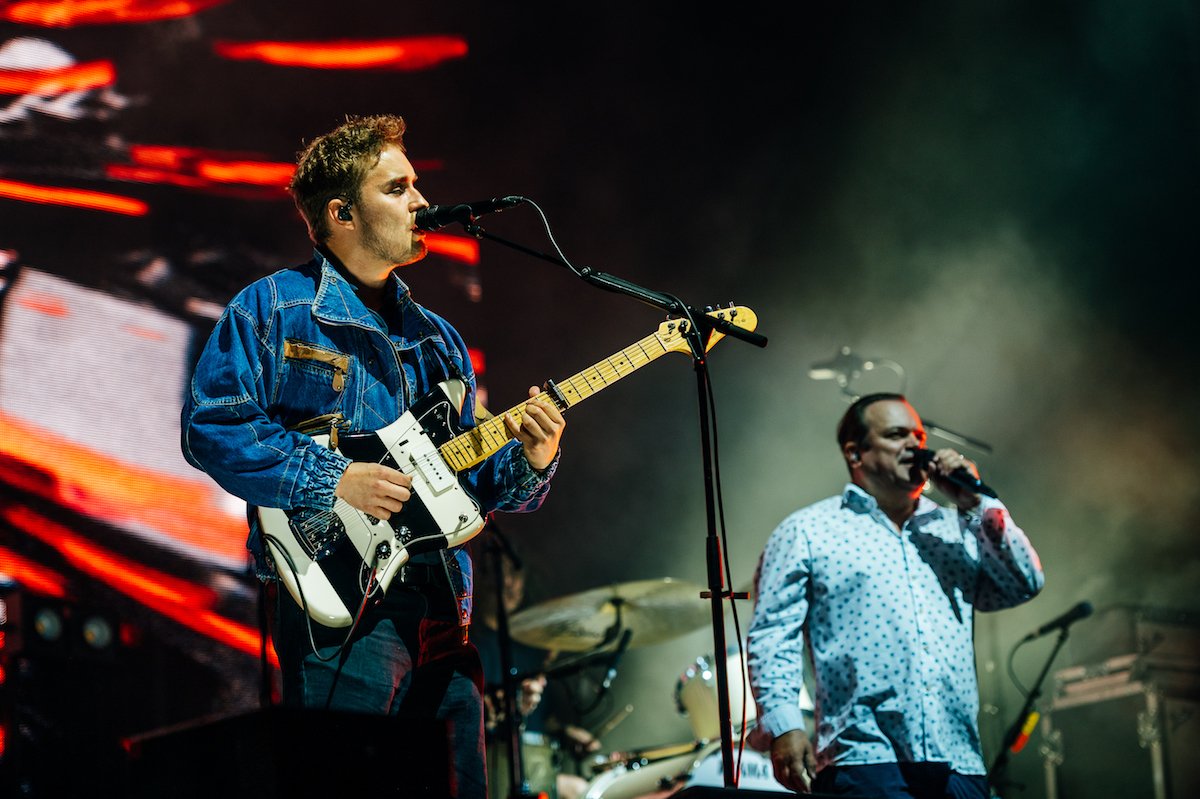 2022 is a big year for Truck, with the festival celebrating its 25th anniversary. It’s also the first time in 3 years that it can actually go ahead after last year’s event became one of the last festivals to be cancelled due to the Covid-19 lockdown. If people were worried that the magic may have dissipated in those three years, they can rest easy. Truck is still exactly as fun, and exactly as bonkers, as it always has been.

A giant furry Truck mascot wanders around the arena, Mr Motivator leads a morning workout, Barry from Eastenders conducts a rousing singalong to ‘Mustang Sally’ – and that’s without even mentioning the midday circle pits to the Oxford Philharmonic Orchestra. It’s a festival which understands that nonsense is a good thing.

But nonsense is nothing without a good line-up. Truck has always fought indie’s corner, and this year’s offering goes all out. Thursday’s one-two punch of Black Honey and Blossoms make the crowd very glad they opted for early entry, with both pulling out all the stops to ensure it’s a memorable experience. Blossoms’ cover of The Human League’s ‘Don’t You Want Me’ is a particular highlight, but it’s the encore performance of ‘Charlemagne’ which gets the biggest response, as thousands of fans scream every word right back at the band.

Friday sees a flying visit from Yard Act, whose 30-minute set is just long enough to show everyone why they’re nominated for this year’s Mercury Prize and selling out tours left, right and centre. Over on the main stage, indie veterans Spector marvel at the biggest crowd they’ve ever seen. The band are on top form, crashing through their setlist with just a short break to… film a member of the band’s crew landing a tre flip on a fingerboard? Sounds odd, but judging by the deafening crowd response, it might just have been a festival highlight for some.

The length of the queue for the Sea Girls’ slot signing records in the merch tent hints at their fanbase, but the response to their set is overwhelming. Mosh pits break out immediately as the band launch into ‘Sick’, and so many people are on each other’s shoulders that it looks like a crowd of 12ft tall people have invaded the front rows.

Bombay Bicycle Club close the first ‘proper’ day of the festival, and in a running theme of the weekend, they can’t stop talking about how much they love Truck. It’s a sentiment shared by the crowd, who sing along to almost every line of every song. From the opening notes of ‘Eat, Sleep, Wake’ to the closing refrain of ‘Always Like This’, the set is a masterclass in feel-good festival tunes.

Festivals are often about winning over punters who might not be overly familiar with every band on the bill, but Truck’s laser-like focus on indie past and present means the bands can forget all that and just have fun. Sports Team take full advantage during their set, throwing in new tracks with gusto while singer Alex Rice struts around on stage in a matador costume. Our one criticism is that he’s wearing trainers rather than costume-appropriate shoes, but the rest of the crowd doesn’t seem to mind.

Exit Sports Team, enter Kelis – the natural festival pairing. She comes on stage grinning from ear to ear and offers the crowd exactly what they’re after: a tight run through of her impressive list of chart smashes. From ‘Millionaire’ to the iconic chorus of ‘Milkshake’, she knows exactly how to work an audience.

Of Truck’s three headliners, it’s undoubtedly Sam Fender that people are most excited to see. Newcastle shirts dot the festival site all day, and one fan has even brought a flag emblazoned with ‘Howay The Lads’ in his honour. Sam doesn’t disappoint, leading a high-energy set topped off by the biggest moment to ever occur at a festival – a duet with Shaun Williamson, AKA Barry from Eastenders. The two storm through ‘Getting Started’ and receive a response only rivalled by the absolute carnage which erupts to ‘Seventeen Going Under’.

The Magic Gang are all smiles on Sunday afternoon, joking about it taking them half a decade to get to the main stage. It’s worth the wait, with the sunshine indie of ‘Take Back the Track’ and ‘What Have You Got to Lose’ helping to soothe the crowd’s collective hangover.

Easy Life take the opposite approach, with frontman Murray demanding the biggest moshpit he’s ever seen to shake off those final day cobwebs. The crowd obliges, and turbobanger ‘Nightmares’ causes a pit so big it can probably be seen from space.

Closing out the festival is Kasabian, in a set that many in attendance hope will prove the band still works with Serge as the frontman. They swiftly dispel any doubts by opening with ‘Club Foot’, as clear a statement of intent as we’ve ever heard. The crowd are with them all the way, six flares erupting before the song is even halfway done. It’s people-on-shoulders, pints-in-the-air madness all the way. By the time the ludicrous amount of fireworks go off after closer ‘Fire’, there isn’t an unsmiling face in the whole arena.

Truck has always been a great small festival, backing UK indie music to the hilt and making sure it has fun while doing so. In 2022 though, the word ‘small’ seems to have been dropped entirely, without losing any of the magic. There’s still a local charity selling baked potatoes for a fiver, and there’s still room for a charmingly off-kilter Bruce Springsteen tribute to take place in one of the secondary tents. The main difference is that this year’s line-up has graduated to a whole new level and is so perfectly curated that it feels like every band and every crowd member are having the best weekend of their entire life.