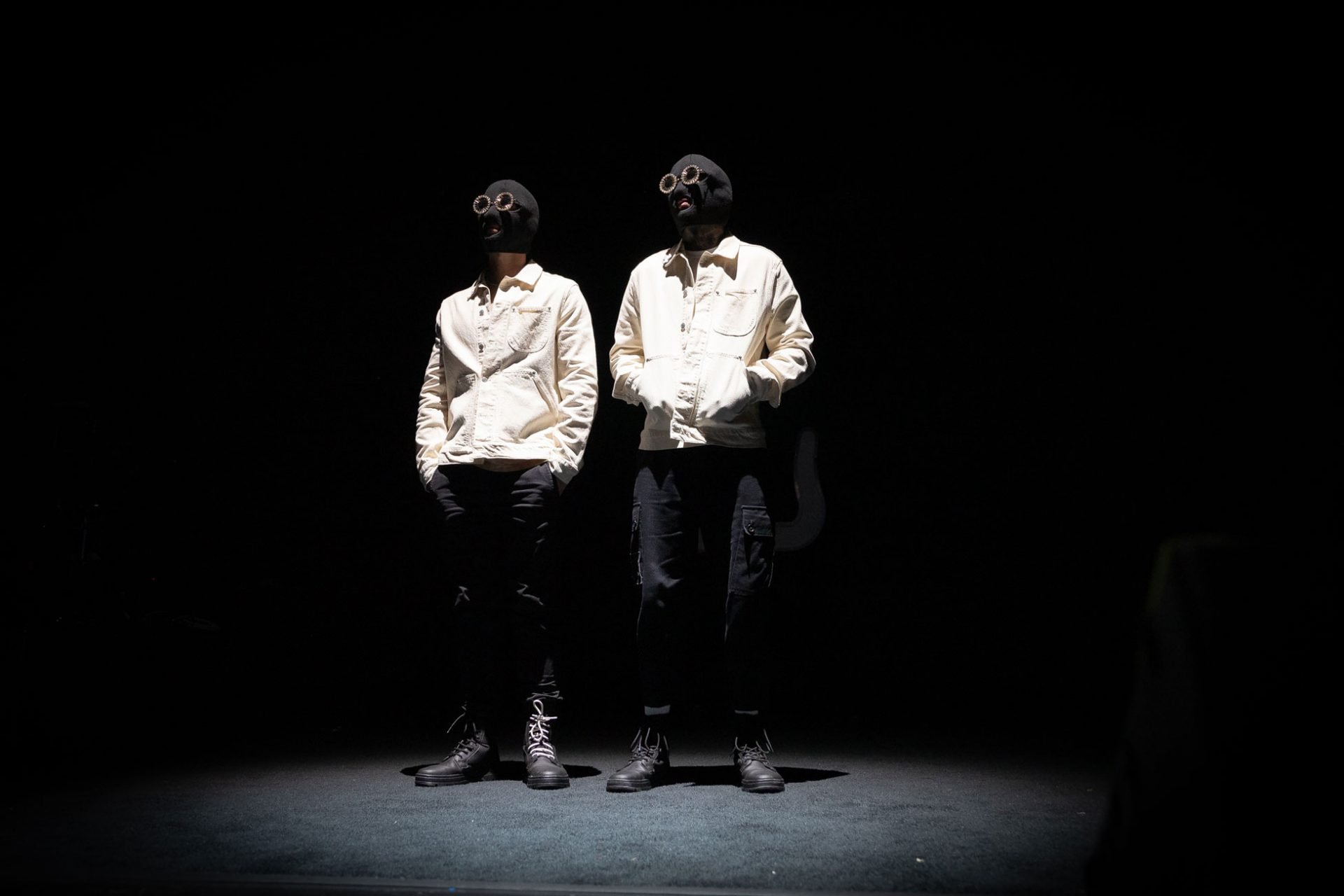 The last time Twenty One Pilots played the UK, it was headlining Reading & Leeds Festival in 2019. After years of being the world’s biggest cult band thanks to a trio of streaming juggernauts (‘Ride’, ‘Stressed Out’ and ‘Heathens’) those sets firmly established what the clique has known for years – that Twenty One Pilots are one of the most exciting, innovative and daring rock groups on the planet.

Before they could capitalise on that breakthrough moment of mainstream acceptance though, the pandemic came along and Tyler Joseph and Josh Dunn were forced off the road for the first time in their career. Never ones to let a bad situation best them, the group recorded the optimistic, community-focused ‘Level Of Concern’ before following it up with the electro-pop shine of ‘Scaled & Icy’ and a grand livestream that is yet to be matched in terms of ambition or artistry. Those moments proved the pair had plenty of ambition for the future.

Before that though, a trip down memory lane via their Takeover Tour. Starting in America last year, Twenty One Pilots finally returned to the UK this week for a rapid four-date run at meaningful venues in the capital, starting at the 220 capacity Camden Assembly (the site of their first ever UK headline show in 2013) and working their way through Shepherd’s Bush Empire, Brixton Academy and Wembley Arena.

On paper, the Takeover Tour seemed like a chance for the band to reconnect with their roots after a forced separation but really, the sort of bond TOP have with their fanbase doesn’t simply disappear after a few years. Instead, this run of shows is a chance to introduce them to the future

Sure, that first night may have been a sweaty, chaotic celebration of the past, thanks to a setlist that leant heavily on 2013’s Vessel, but the other three shows saw Twenty One Pilots more comfortable in their skin than ever before.

See, for years Twenty One Pilots have seen themselves as underdogs and outsiders, even after the global mega-success of third album ‘Blurryface’. Talking to Dork shortly after the release of their fan-focused followup ‘Trench’, Tyler explained how the band are “fans of our fans” and was quick to explain that what the crowd does at a TOP show is “by far the most impressive thing you’ll see.” Yes, there is no show without the audience but it’s a humble stance from a reluctant rockstar.

As he and Josh saunter onto the stage of Brixton Academy, wearing matching steampunk-meets-disco outfits and casually surveying the scene before them from behind balaclavas and garish sunglasses, it’s painfully clear there’s a new kind of confidence to this group. Last time they played here, the show started with Josh walking out alone onto the stage holding a torch, peering out alone into the darkness. Today, they stand united in the spotlight. Quickly launching into the bubbly piano-pop of ‘Good Day’, it’s clear that assurance is here to stay.

And a lot of that comes from new album ‘Scaled & Icy’. A stylistic leap in the same vein as My Chemical Romance’s ‘Danger Days’ or Fall Out Boy’s ‘Folie Á Deux’, the sleek, polished pop record features plenty of big hooks and sees the band singing about finding peace, understanding and joy – a departure from their usual deep dives into turbulent mental health and paralysing fears. To this day, some fans on Reddit are convinced the pair only did it because they were forced to by DEMA (long story short, an in-universe evil organisation) but with the pair finding stability at home and with their careers, of course things are going to change.

Tonight those songs shift the course of the whole set. The one-two opening of ‘Good Day’ and ‘No Chances’ flits between hope and oppressive despair (welcome to 2022) while ‘The Outside’ sees them joined by a four-piece band who add another layer of depth and showmanship to their performance. The giddy joy of ‘Mulberry Street’ features a little cover of Elton John’s ‘Bennie And The Jets’ while ‘Saturday’ is an all-out alt-pop smash, made for the dancefloor. Likewise, the urgent snarl of ‘Shy Away’ is as anthemic and emo as anything the band have dabbled in before and fearlessly features a chunk of My Chemical Romance’s ‘I’m Not Okay’. Each track is performed with a sense of joy (Tyler actually dances on three separate occasions) and the band do seem to be having a whole lot of fun, tumbling about the stage to these weird pop-rock bangers.

Now, the band have always toyed with euphoria. Just look at the likes of ‘Trees’ and ‘Car Radio’ which takes emo to a rave. Live though, the band have always worn masks while performing them, as if they’re not entirely comfortable with owning that side of the band. Tonight though, the pair really relish their ability to offer escape, comfort and community and it just makes the more emotional moments hit harder than ever.

What this means for the future of the band is anyone’s guess.  There are hints at what’s to come next – the blue and pink Scaled & Icy confetti now has flashes of yellow in it – a hint at a return to the world of ‘Trench’ and the ongoing narrative that runs through that album and ‘Blurryface’. That theory is given weight by the various flashes of DEMA and the Bishops on the huge video screen behind them but whatever world they choose to inhabit next, there’s a sense that Twenty One Pilots will be doing it with a sense of self-acceptance that they’ve never truly had before – and that’s a very exciting prospect indeed. With nothing to prove, no one to challenge or win over, the band are finally free to live out their weirdest, wildest ambitions. ■