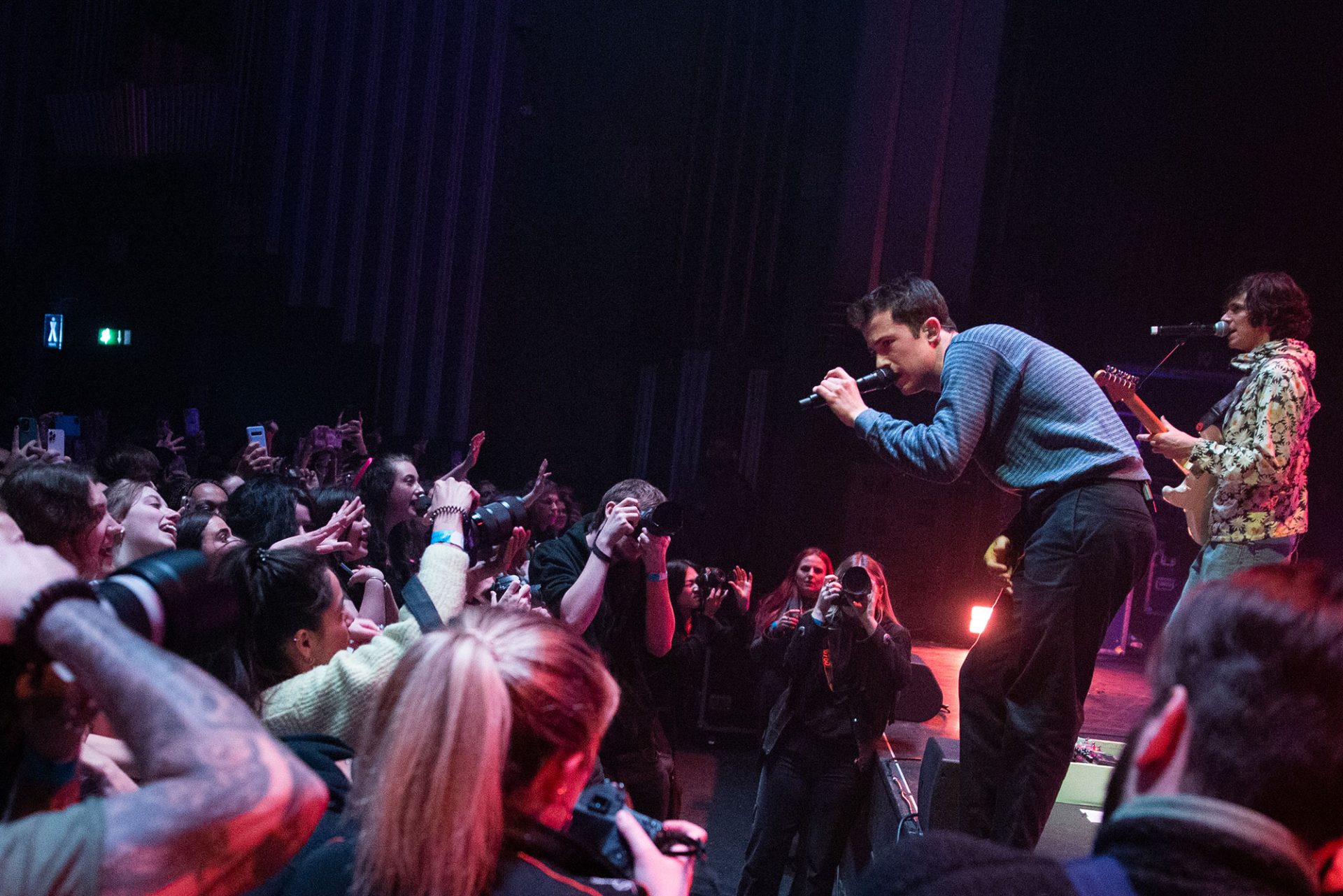 Wallows are a sensation that continues to grow. Putting voice to feeling, they’re turning buzz into the big time.

Wallows cut through to the joy of being a band, of feeling like you can take on the world in three minutes or less, and it’s what has taken them to this moment – one of grand stages and adoring crowds. Tonight isn’t just a reward for every step they’ve made but a natural eventuality; they’re a phenomenon born to thrive in every second of fun.

If you’re looking for a future pop takeover, however, then MAY-A is your go-to. Dropping the sort of feel-good alt-pop anthems that lodge straight in your brain, ‘Apricots’ is met with swaying hands and revelling joy while ‘Central Station’ blends worlds into soaring indie-rock sizes. It’s bold and overflowing with fun – throw in a Cheap Trick cover and closing pandemonium with Flume collaboration ‘Say Nothing’, and you’ve an artist bringing all their anticipated hype to life.

The screams that meet Wallows’ arrival sum it all up. Nearly three years since their last headline stamp on the capital, and the opening burst through ‘I Don’t Want To Talk’, ‘These Days’ and ‘Especially You’ are worth the wait – a sugar rush of buzz and punch. ‘Treacherous Doctor’ shifts gears, while ‘Pictures of You’ sees drowned-out singalongs and pogoing pits in equal measure and ‘1980s Horror Film’ has people shouting back every word. As Dylan Minnette acknowledges, Wallows are firmly fixed on allowing themselves to live in the moment – and what a moment it is.

With their second album, ‘Tell Me That It’s Over’, Wallows have bulked up to become a band with searing ambition, and it shows tonight when the likes of ‘Marvellous’ and the sky-high stadium rock of ‘Guitar Romantic Search Adventure’ let rip – spinning new stories and avenues that the trio are just dying to head down. It’s a complete package of a show – tender anthems of nostalgia for a fast-moving generation that feel ripped straight from the soundtracks of US high school movies.

As riffs are screamed along to (‘Remember When’) and even more memories are made (‘Are We Bored Yet?’ rounding out the evening with a deafening singalong of the highest order), it all captures just why Wallows are a sensation that continues to grow. Putting voice to feeling, they’re turning buzz into the big time.