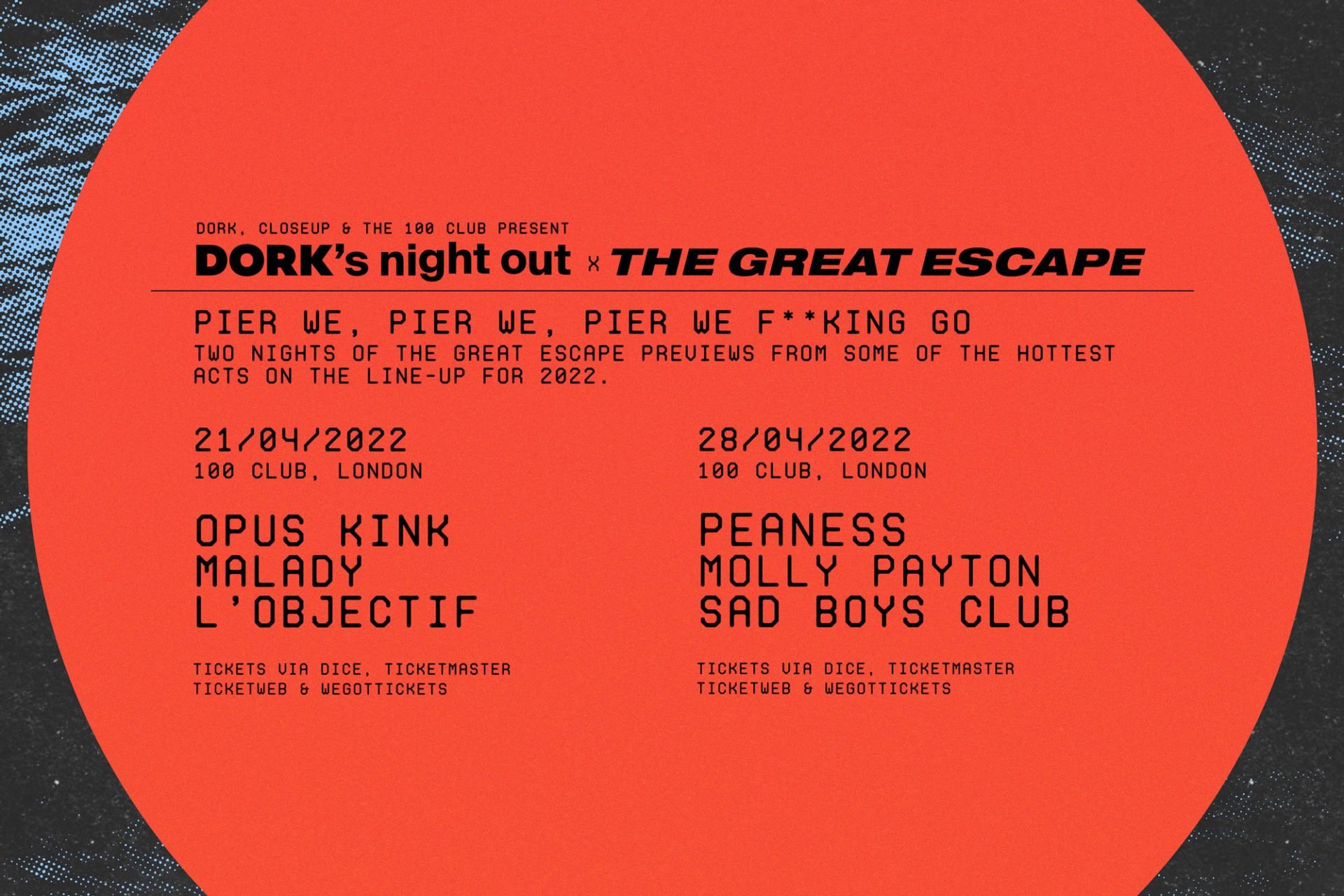 It seems unreasonable to say it, but by the time 2022’s edition of The Great Escape comes round this May, it will have been three full years since the annual new music extravaganza last took to Brighton’s multitude of seaside haunts. Like most, we can’t wait to get back to it next month, but before then, we’re bringing you something extra special.

Later this month, we’re hosting two special editions of Dork’s Night Out alongside The Great Escape at London’s iconic 100 Club, showcasing some of the hottest new acts on this year’s line-up.

We’ll also be heading down to the festival itself for a special showcase this May. More on that ‘soon’.

Thomas Headon, Black Honey and more have been announced for 2023’s Are You Listening? Festival