Wilderness Festival has unveiled its 2023 line-up, with The Chemical Brothers, Christine and the Queens, and Fatboy Slim headlining.

The event will be held from August 3rd-6th at Oxfordshire’s Cornbury Park, boasting an impressively eclectic mix of pop and electronic talent.

The Chemical Brothers will function as the lead headliners, offering a transcendent live experience that continues to redefine the potential of electronic music with huge stagecraft to match the high-reaching status of their six number-one-charting LPs.

Christine and the Queens will bring his new persona, Redcar, to the masses following the release of his latest LP, ‘‘Redcar les adorables étoiles’. The French songwriter offers a newfound poetic reconstruction of his art and persona, which will present a whole new experience for Wilderness attendees.

Everpresent DJ and big-beat curator Fatboy Slim has been confirmed as the third headliner. With four studio albums documenting the dance scene of the 90s and early 2000s, this English icon’s energy has never faded, and neither has the thirst of his audience.

The recently reunited trio of Sugababes have returned strong following their Glastonbury 2022 set, bringing back the laser-focused pop hits of their 90s superstar era. With hits upon hits up their sleeves, this appearance is sure to leave a celebratory impression.

Aussie dance-slash-rave duo Confidence Man are known for putting on an eclectic live show, as they recently proved on their UK headline tour. Featuring several outfit changes, heavily choreographed stage movements, and hefty tunes to back it all up, this will be a set you won’t want to miss. “Usually, it’s just us screaming at each other,” singer Janet Planet admitted to Dork in a recent interview feature.

You can view the initial Wilderness Festival line-up below: 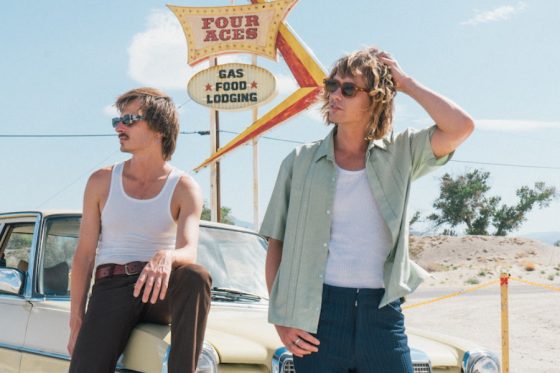