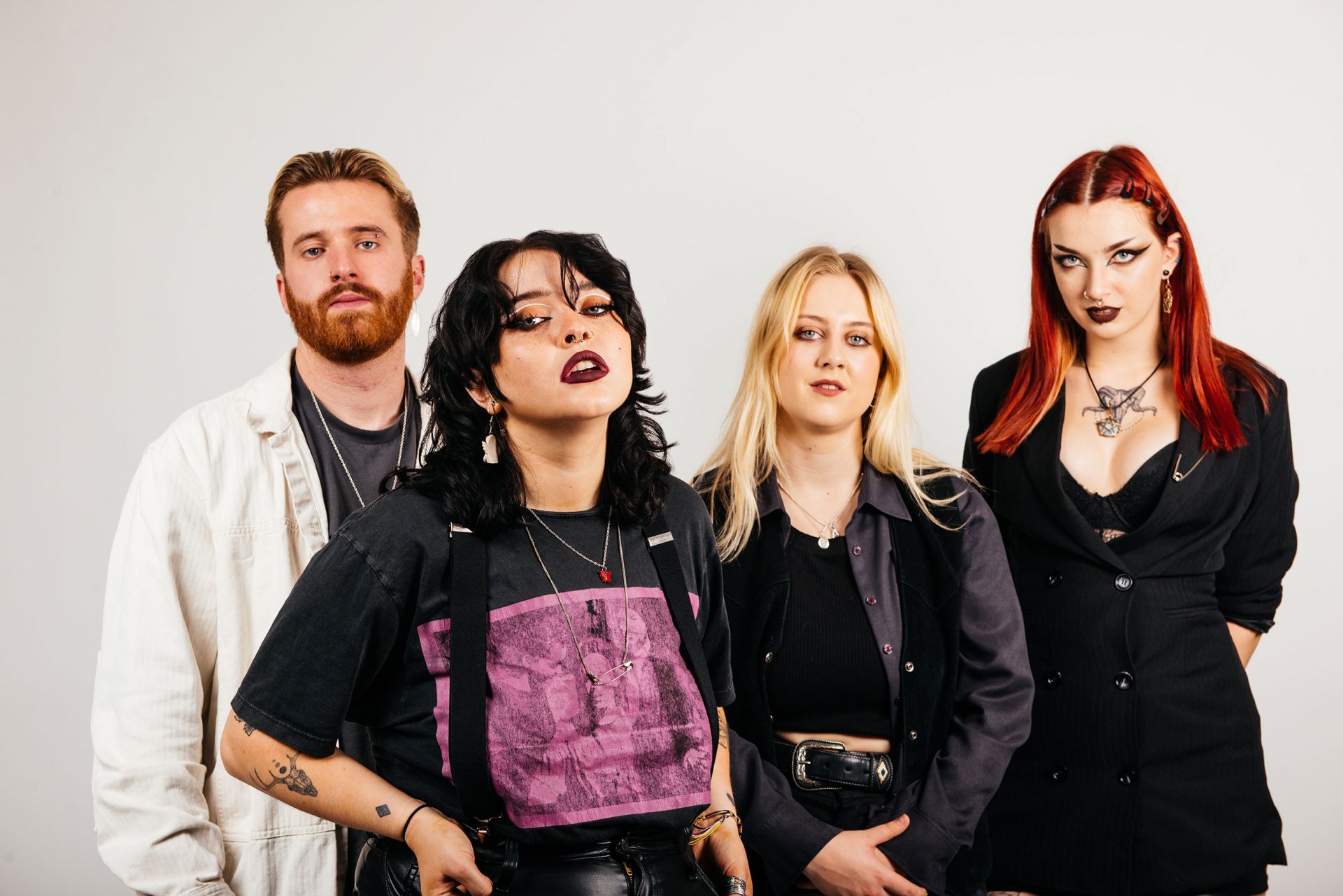 The band unafraid to speak their truth.

“It’s all a bit silly,” grins Holly Minto, summing up Crawlers’ 2022. Not only have the Liverpool-based four-piece gone out on their very first headline tour and released their brilliant debut mixtape ‘Loud Without Noises’, but the emo rock group have also travelled to America for the first time, played the iconic Reading & Leeds and supported both My Chemical Romance and Maneskin. They’ve never once looked out of their depth, either.

Crawlers have been at it for a few years now, with guitarist Amy Woodall, bassist Liv Kettle and vocalist Holly first coming together in 2018 to make angsty, grunge-inspired rock and roll. They’d spend their weekends driving around in Amy’s Fiat Punto, playing every grassroots venue in the North West and soon developed a cult following. Drummer Harry Breen joined a few singles later, then 2021’s ‘Come Over (Again)’ became a sudden viral hit, with 34 million Spotify streams and counting.

Holly says that breakthrough track was “a real…