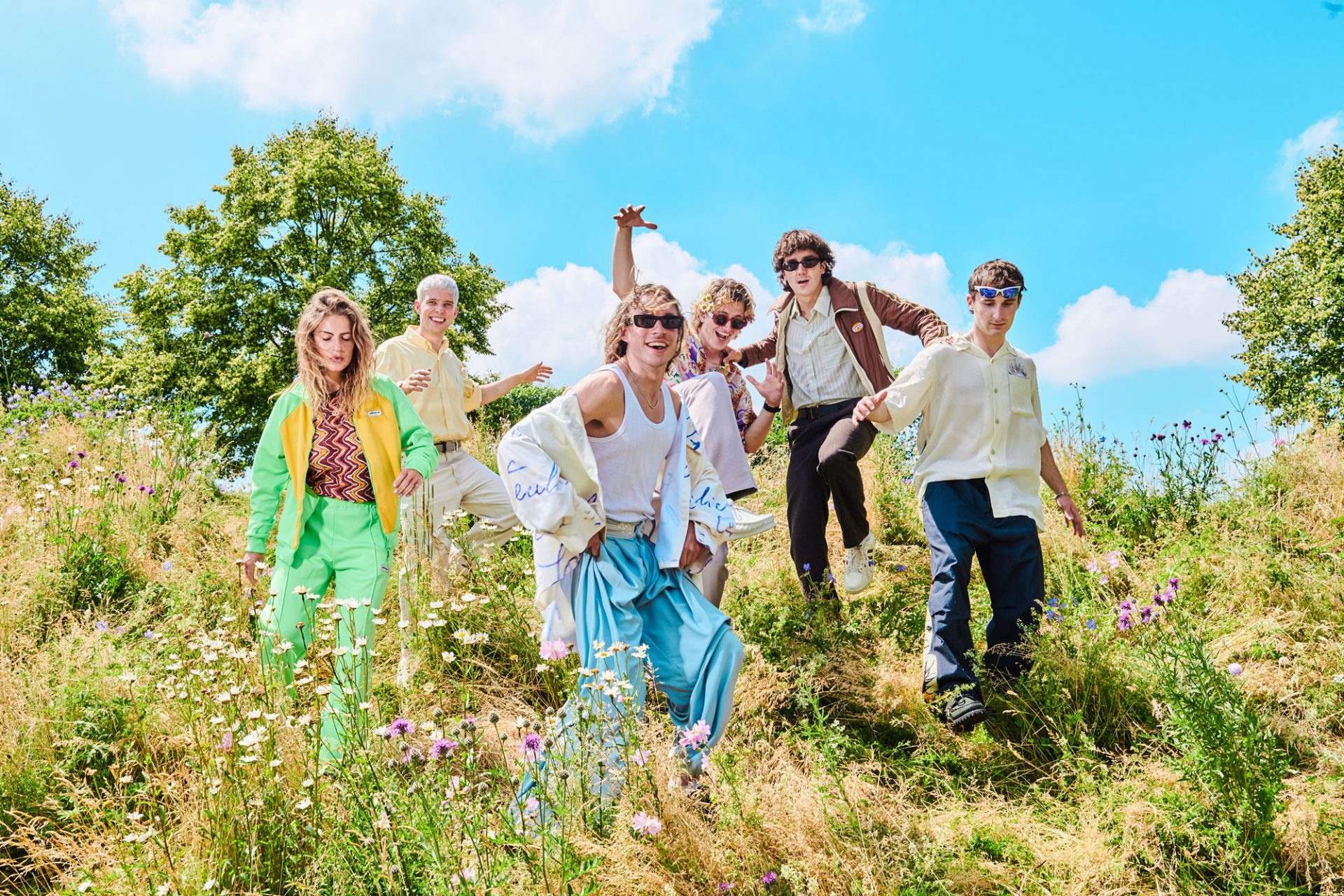 Sports Team: “What’s the worst that can happen, a bad album?”

Just over a year ago, Sports Team released their debut album and promptly shot to Number Two in the UK Official Albums Chart. Finally able to take it on the road properly for the victory lap it so deserves, they’re already thinking about what’s next. Jake Hawkes trawls Soho with indie’s most chaotic frontman Alex Rice to find out more.

Most interviews with bands are relatively simple affairs – you meet the band at a pub / café / venue, you speak to them all, then you go home and write it up. Well, Dear Reader, would it shock you to learn that our interview with the most chaotic band in indie didn’t quite pan out that way?

“I think it’s full up,” says Sports Team frontman Alex Rice, craning his neck to look through the window of The French House, a pub in Soho. “That’s a shame; I’ve got some vouchers I wanted to use. That’s why I picked it.” As he talks, he scans the street for an alternative venue, singing parts of ‘Golden Years’ by David Bowie under his breath as he does. So far, so normal.

The rest of the band are unable to make the interview, with guitarist Henry Young, songwriter / guitarist Rob Knaggs, and keyboardist Ben Mack all self-isolating in their Margate house as a precaution after contact with someone who tested positive for Covid-19. Drummer Al Greenwood and bassist Oli Dewdney are similarly ab…

Billie Marten is out, Self Esteem is in as Covid rules out another act at Latitude 2021