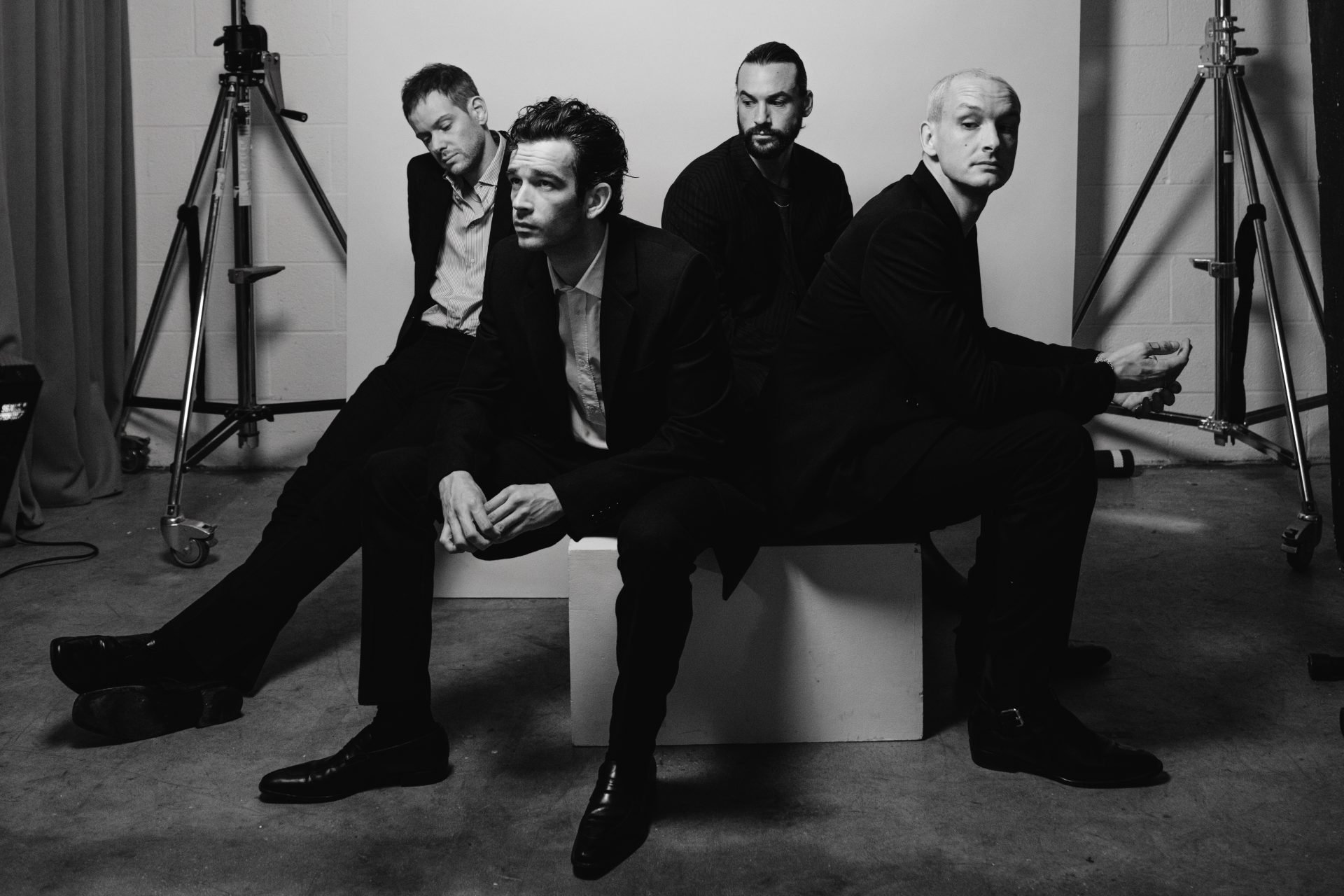 With their fifth album, ‘Being Funny In A Foreign Language’, The 1975 turned inwards to push out. A record that focuses on what makes them so special, playing to strengths to produce quite possibly their best work to date, we gathered all four members for a rare full-band sit down that proves the magic is in those real-life relationships built along the way.

Around a table in East London, four mates while away the day. They’re chatting about anything and everything, cracking jokes, eating a takeaway. Laughing at memes on the day the short-lived prime ministerial reign of Liz Truss comes to a spectacular end – a particular favourite being the fact that ‘Believe’ by Cher was Number 1 for longer than her entire time in office. Recommending the films and TV shows that have caught their eye since they’ve last seen each other, which isn’t very long at all. Catching up on the weekend’s football – one jokingly considering supporting Tottenham Hotspur “for the lols”. It sounds like the kind of everyday scene you’ll find in any home, coffee shop, bar or pub. Then again, most mates aren’t at the centre of a storm that has shaped modern alternative culture for the past decade. Most aren’t Matty Healy, George Daniel, Adam Hann and Ross MacDonald. And most aren’t entering a bold new chapter, At Their Very Best.

As a wet and windy mid-Oc…