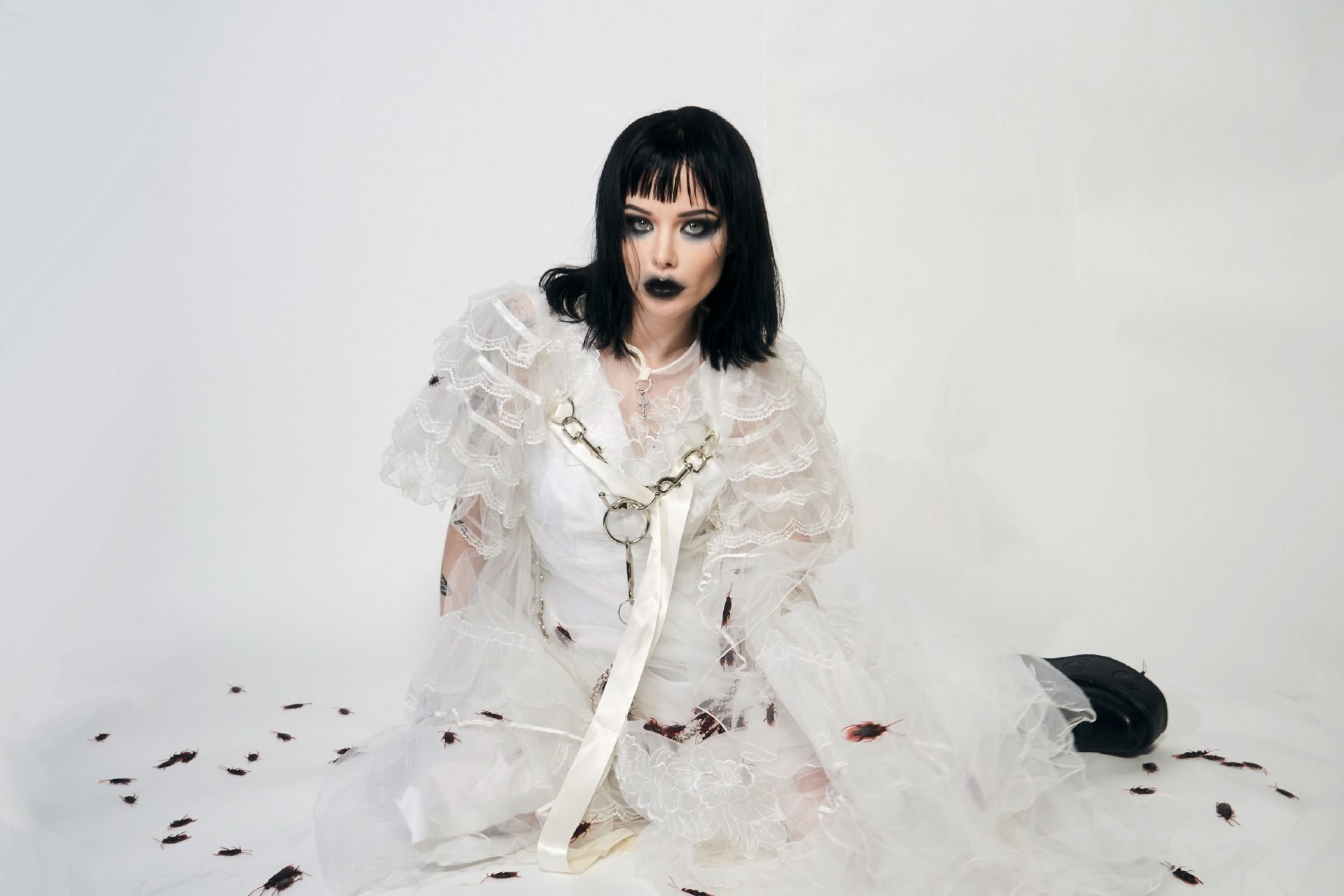 Alice Glass: “We’re all drawn to music that makes us feel good”

Alice Glass has been through the ringer during her time in the music biz, and now the former Crystal Castles icon is channelling all her experience into a solo debut.

Even a decade and a half from her first introduction, Alice Glass might well still be one of the most iconic characters in music. Since she left Crystal Castles in 2014, she’s kept a relatively low profile with a solo EP, sporadic single releases and a burgeoning career as a DJ. This slight step back from the alt-pop spotlight is understandable, though.

After leaving the band, Alice revealed the abuse she experienced while in the group. That part of her life was traumatic and harrowing and inspired her creative and artistic rebirth as a fully-fledged solo star on her debut album ‘PREY//IV’. Happy and creatively energised living in LA, re-emerging into the spotlight is an experience fraught with both excitement and trepidation. “I’m excited and nervous because this is the most personal piece of art that I’ve ever released,” she explains. “I’m nervous about expressing myself for maybe the first time as an artist.”

The last six years have been a period of self-care and self-reflection for Alice. “It’s been intense,” she reflects. “When I started in that band, I left high school. It was like going from not having your frontal lobe developed to being an adult and being in a fucked up situation where you have to start from scratch. I’m lucky that I can pay for a psychiatrist. I’ve been doing a lot of self-help work. I’ve been medicated.”

Moving to LA and finding new friends and collaborators – like the producer Jupiter Io who she worked with on the album – was a catalyst for a new brighter period in her life. “I didn’t really have a circle of people that I trusted, let alone have a group of artists that I trust. It’s been another world to be in LA. Just to have peers and friends who are doing things that are really inspiring. Being able to trust other artists and feel comfortable and confident, like you belong. That’s been really life-changing for me.”

The album she has created is a staggering achievement. Immensely powerful and with a pulsing dark heart, it’s electro-pop full of hooks and memorable bangers, but with a starkly compelling emotional tension. The songs are predominately Alice’s reflection on a bleak time in her life – at once both sad and invigorating but always vital. “I wanted to make sure it meant something to me,” she reveals. “I’ve been writing music this whole time, but I’ve felt the pressure to have a record speak for my experience, rather than having songs and singles here and there that I was working on at the time. I wanted this record to be a statement.”

As she talked more about her experiences, she realised that putting these feelings and emotions into one body of work felt necessary. Frustratingly though, she still had to deal with extricating herself from her past. “I was dealing with things that just kept on happening,” she explains. “It wasn’t like leaving the band, and that was it. It was an intense hurricane of lawsuits and online harassment. There was always seemingly something that would put me back in time and make things harder. I had more to write about then. I think I started talking more about what had happened, and I started to get a lot of messages personally. I never really talked to a lot of survivors and people like me because I was so isolated. It was eye-opening to see that I wasn’t alone and how frequently it happens to all types of people who can find themselves in shitty abusive relationships. Seeing how common this is made me want to put the record out more, and not just for my own artistic reasons. I wanted to have something to comfort people with.”

There’s a tenderness and vulnerability revealed in Alice’s songs here, but the experience of looking deep within herself turned out to be a cathartic experience. “It was a bit of a coping mechanism where everything hard and personal and embarrassing and painful is hidden away,” she says. “All my favourite songs are about something more personal. I always wanted to have music like that. I felt like I was not going to really be able to feel like I put myself out there. There’s so much to look to for inspiration from women and others who have gone through this in the music industry, but for me, they’ve always just been out of reach. I don’t think I’m confident enough to be Tina Turner and come back better and glowing. I just want to express how it is for me, and that’s not necessarily being a shining glorious phoenix. It’s maybe something more human and relatable.”

The music industry she finds herself coming back to in 2022 has made significant steps towards more inclusivity and diversity and becoming a more caring and welcoming environment, but there’s still so much to do. Alice recognises that things can be better now for new artists, though. “The fact you don’t have to rely on a label now is a big thing,” she says. “Any artist can start and not have to be reliant on a label at all. Not having to deal with the weird business side, which I’ve never been good at. I feel like there’s more empathy in general. The new generation of alternative girls have been really supportive, as well as my younger SoundCloud rap friends. It was a different situation for me because I was only talking to people I was working with – a lot of men older than me.”

The album’s title – ‘PREY//IV’ – exemplifies the power imbalances that Alice has previously experienced. Unfortunately, no matter how many progressive steps have been made, they’re also still horrifyingly present today. “Young women are not going to be predators in this cultural ecosystem,” she explains. “They’ve always been told that there are predators and prey, but you can choose to be a predator, and you can choose to stop whenever you want, but you can’t choose to stop being prey. For some people, that’s how they’ll always see you. You might not even realise that you’re being preyed on.”

The juxtaposition between dancefloor ecstasy and crushing emotion is at the heart of the record. “I really like writing melodies that seem like they’re happy, but once you get deeper and they get stuck in your head, it’s actually pretty dark. I’ve always loved Jupiter’s production. He has an ability to make sounds sound really sad,” she says. “I definitely like sad music, but I don’t listen to it all the time. I like to dance when I’m sad.”

“I don’t know if I can honestly write happy music,” she laughs. “I’ve been writing songs since I was a kid, and I don’t think any of those were happy. I would love to be happy. I would like to be inspiring for a couple of people.”

Perhaps the most danceable and exciting track on the album is also the most heartbreaking. “I didn’t think I would ever release ‘Fair Game’,” she explains. “It was almost like a therapeutic exercise. It was really hard to listen to it for a while. I didn’t know if I ever wanted to put this one out at all because it was so personal. There were things that were hard to hear,” she says of a brutally powerful song that is essentially a litany of genuine insults that have been directed at her in the music industry. “As time went on and I was getting more and more used to it, I’m happy it’s there. A lot of the songs on the record have been painful and cathartic.

Alice Glass revels in newfound creative freedom for perhaps the first time in her musical lifetime. She returns in 2022 as a much-respected figurehead. An inspiration for a whole new generation of kids making future-facing alt-pop, from hyper pop bedroom stars to pioneering electronic producers to a new generation of empowering frontwomen. “I don’t know what it is that I do, but I know that I like it,” she muses. “That’s all you have as an artist.”

Taken from the February 2022 edition of Dork, out now. Alice Glass’s album ‘PREY//IV’ is out now.