Here at Dork, it feels like we nag Bloxx a lot for updates on their debut album. How’s it going, guys? Is it nearly done? Well, we’ve hit them up again in the lead up to their appearance at online festival Homeschool, and… yeah, it’s no different to be honest. Fee Booth gives us an update on their very-nearly-here new material, and a few tips for self-isolation TV watching.

Hey Fee, how’s it going? Are you battling through self-isolation ok?
Hey! It’s going well, loads of writing, cooking and playing games! Horrible circumstances but not entirely awful to stay home! (I know the boys are battling it with loads of video games.)

It’s tough, isn’t it? What are you missing most while we’re all on lockdown?
It is tough, one walk a day isn’t really cutting it for me haha.
I think we all miss socialising and playing shows the most. I miss that sense of surroundings changing all the time, I get mad stir craziness if I’m somewhere for longer than three days, that’s why I love tour so much I think.

It must be rubbish not being able to play gigs n stuff, have you had to cancel much?
We were actually on tour, with Twin Atlantic, and the tour got cut, and we were so bummed, but it was totally the right choice. A few other things have been moved, which really blows, but once everything gets back to normal, THAT will be an amazing first show.

How far did you get with the album before all this kicked off?
Oh far enough, definitely far enough. We were lucky enough in that sense.

“It’s important to still provide something for the people who want and need it during these trying times!”
Fee Booth

Do you think you’ll still get it out soon-ish?
World providing, yes. Hopefully. We’ve been waiting too long for the day. But who knows, sometimes things go wrong, but a part of me is confident we will still stick it out, It’s important to still provide something for the people who want and need it during these trying times!

What’s your fave lockdown-friendly hobby? We’ve started to feel like the most boring people on earth tbh.
I’ve been sitting in the sun a lot, and cooking loads of new cuisines. Also been writing a few tunes here and there, gearing up for album 2 already in our minds.

Have you binge-watched any good TV shows?
The new series of The L Word, it’s great. My favourite is Masterchef Australia, for sure. Me and my girlfriend have watched two full seasons in like two weeks – I’m a pro chef, now.

Are there any musicians or albums that you gravitate to during tough times?
I find Palace very calming to listen to when anxious, it’s just very relaxing music.
On extreme contrary, I found myself listening to old Paramore the other day, I think it reminds me of teenage angst and strife, so I guess going back to being that emo from 2008 state is my safe haven.

Do you think ‘current events’ will impact what you want to write about for the foreseeable?
I think it already has started too, definitely by lyrical means. It’s all very weird, and I’m most inspired by weird and uncontrollable states of emotion.

Tell us some good news?
New music like, SO soon. So soon, it might already be out by the time you’re reading this! Ha.

Bloxx are taking part in new online festival Homeschool, which runs from 8th-10th May – visit homeschoolfest.com for details. 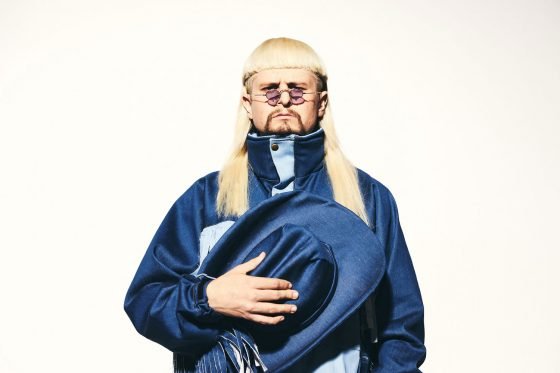