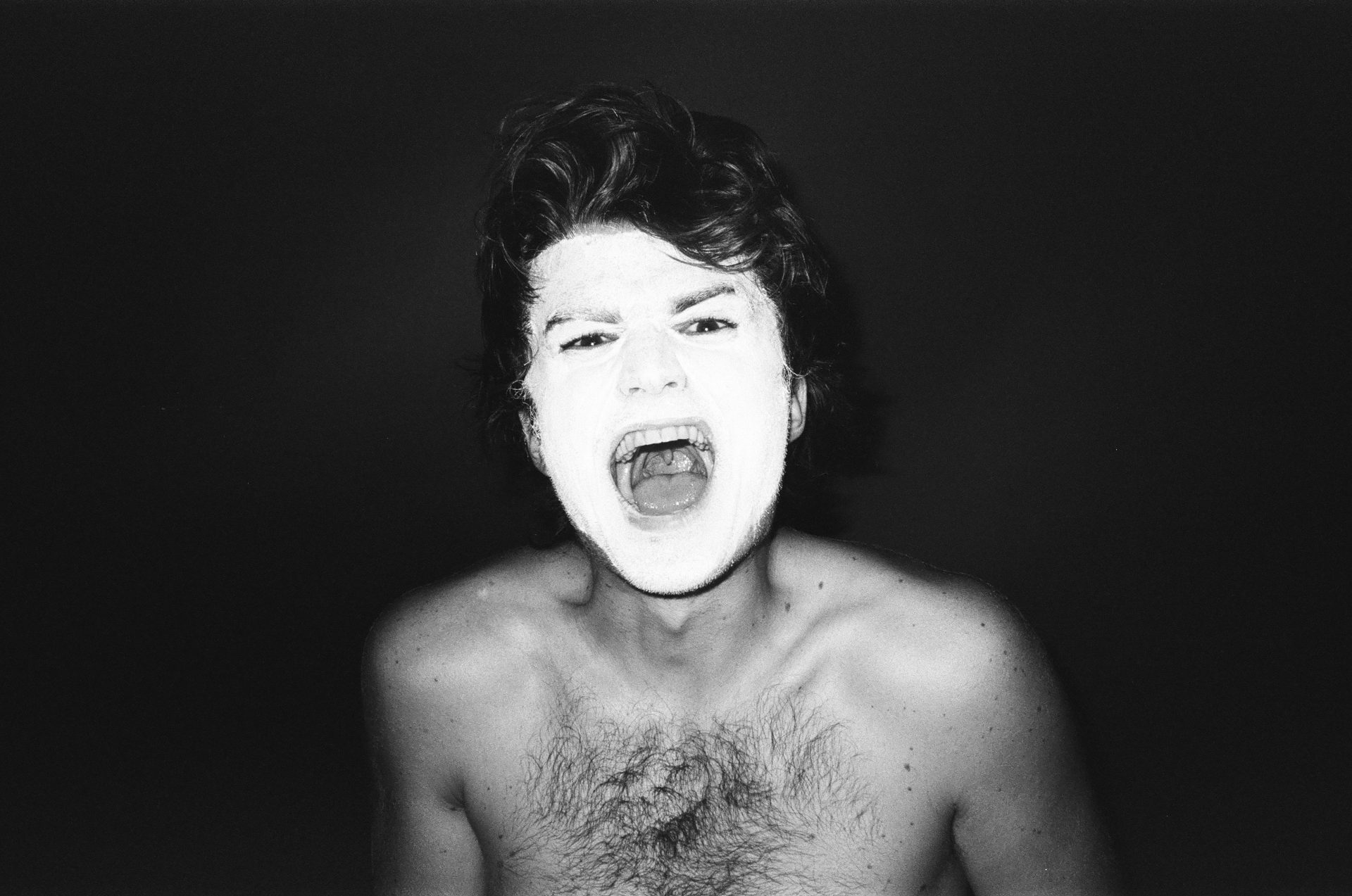 Joe Keery is a not-so-average Djo: “I’m just starting to figure out my own groove”

Oh sure, you already know Joe Keery from being a dead famous actor type in Netflix smash hit Stranger Things and all sorts of big Hollywood films – but there’s much more to him than that. With a lifer level passion for music, he’s currently operating under the guise of Djo, dropping smart, groove-filled bops like this year’s ‘Keep Your Head Up’. We tracked him down to talk more.

“The last reason you’d want to gain any notoriety in music is because you are an actor,” Joe Keery expresses. “That shouldn’t make any…” he trails off, shaking his head. “That shouldn’t be a qualifier.” It’s a Friday afternoon in Atlanta, and Joe Keery is enjoying some downtime from, well, being an actor. The Stranger Things / Spree / Domino’s Pizza ad star is back at work filming the new series of Netflix’s smash hit sci-fi show after production was shut down in March. In the interim (and now on any days off) he’s been dedicating his time to his other creative pursuit: music.

Inspired from a young age by a love of AC/DC, Led Zeppelin, and School Of Rock, music has long been a creative outlet for him. Playing in bands Don Quixote and Post Animal before starting solo project Djo, he might be more well known for his time on screen than his time in a recording studio, but it’s clear that writing and performing music is just as much a part of his life as acting.

“You can’t escape that sort of stuff,” he explains of the notoriety he gained with the success of Stranger Things. Being able to reach more people with music because of that success while also wanting people to see past it and enjoy the music in its own right is a bit of a double-edged sword. “It has allowed more people to listen,” Joe states. “I was making music for a long time and having nobody listen,” he laughs. “I don’t take it for granted, but I also just don’t want to exploit it.” Releasing music under a different name and hiding his face behind dark glasses or face paint in press shots, the centre of attraction is unshakably the music – and that’s something that speaks for itself.

“I feel like the only thing that you can really do is make music that is hopefully interesting,” he expresses. “That’s what I’m trying to do now, just make stuff that I think is different and interesting and exciting to me, and just find a sound that makes me excited.” From the psych-shrouded sonics of debut album ‘Twenty Twenty’ to disco dance floor bop ‘Keep Your Head Up’ and beyond, that’s exactly what he’s doing. Ever-evolving (an impressive feat just one album in), with Djo he’s crafted a sound that refuses to be pinned down.

“You only get your first record once,” Joe reflects of his debut release. “I just think a record is such a beautiful art form, to put on something and listen to it from start to finish.” A meandering venture through shape-shifting psychedelia, the ebb and flow of energy that makes ‘Twenty Twenty’ such a cohesive body of work is an open invitation to do exactly that. “I just wanted people to be able to put it on, close their eyes and imagine,” Joe enthuses, “imagine what they could…” he continues, trailing off and trying again “imagine…” Another pause and he gives up on the thought entirely. “I don’t know. Fuck.”

Whatever you want to imagine while you’re listening to it, ‘Twenty Twenty’ echoes with an ethereal quality that makes it a potent accompaniment to wherever your mind might wander. “It surpassed my expectations, for sure,” Joe affirms. “It’s cool to watch the life of it. There’s still people who are unaware that it’s me, and that’s awesome. I love the discovery of people being able to figure it out.”

Playing these songs live late last year turns out to be what paved the way for the creativity that followed. “It was fun, but it made me think, ‘oh man, these are slow ass, sad songs,” Joe taunts fondly. “We wanted to make something that people could dance to.” That’s how this year’s single ‘Keep Your Head Up’ was born: out of a determination to get people dancing.

“I feel like it sounds serendipitous,” he comments, adopting a faux preaching tone as he continues, “‘keep your head up through this crazy shit we’ve got ourselves in’.” Written a year ago with frequent collaborator Adam Thein (who plays in Dolores with Post Animal’s Javi Reyes) ‘Keep Your Head Up’ is a track with a body-shaking energy capable of getting you movin’ and groovin’ with the best of ’em. “It’s just about loving yourself and taking it easy on yourself, which I think is some good advice to heed by,” Joe conveys. “It can be really easy to be really hard on yourself. Take it easy.”

Easier said than done, of course, but in the current climate it’s a sentiment that feels ever more important to hold on to. “I’m lucky that I can work on music,” Joe expresses of how he’s coped with this year’s lockdowns. “That’s been huge. I’ve been able to get a ton of work done in that way.” Turning to creativity in hard times might be somewhat of a cliché, but it’s also something of an innate response. “Now that I have the experience of making one record,” Joe conveys, “and it was this crazy experience of ‘argh, what the fuck is this all about?!'” he laughs, “I feel like now I’m just starting to figure out my own groove.” If the bust-a-move inducing energy of his latest single is any indication, groove is exactly what we can expect to hear from him next.

“For better for worse, I’m the type of person who doesn’t want to ever do the same thing twice,” he describes, then clarifies “or do the same thing twice in the same way.” Driven to innovate and evolve as he creates, it seems that what we can expect, in that case, is the unexpected. “The things that influenced the first album are still an influence on me, but I won’t deliver the same product,” he portrays. “I’ve learned a couple of new things, exploring with new instruments.” If the sky’s the limit, as they say, then from the sounds of what he’s offering, Djo is going to soar.

Whatever creative direction he travels in next, with a love for the art form that’s as strong as his love for creating it, you can be sure the results will be something special. “That’s part of the fun,” Joe enthuses, “trying to sift through all the songs that we’re working on and just figure which of these sonically fit, or thematically fit, or lyrically fit, and what kind of listening experience you’re trying to create for people.” If what he’s working on is as vibrant and textured as what we’ve heard from him so far, you know we’re in for a treat.

“I guess the goal is to just make something that’s different,” he conveys. “Hopefully it’s a record that is interesting enough to warrant more than a couple of plays, something that you can listen to and get new things from on the tenth listen and on the fifteenth listen. Those are my favourite records.” As for when we’re likely to get a taste of this new material, that remains unclear. “Hopefully soon,” he voices. “Hopefully this year.” A pause. “Hopefully next year.” Another pause. “Hopefully the year after.” If he’s offering new music every year, there’ll be no complaints from us. “Hopefully next year,” he eventually settles, “but there’s a lot of work to do still.”

They say that if you do what you love, then you’ll never work a day in your life. For Joe, music is his passion, and he’s got no intentions of stopping any time soon. “As long as it’s a fun thing and I feel like there’s a reason to do it, I’ll continue to do it,” he asserts. “I feel like I’ll always end up finding a way to get back to it.”