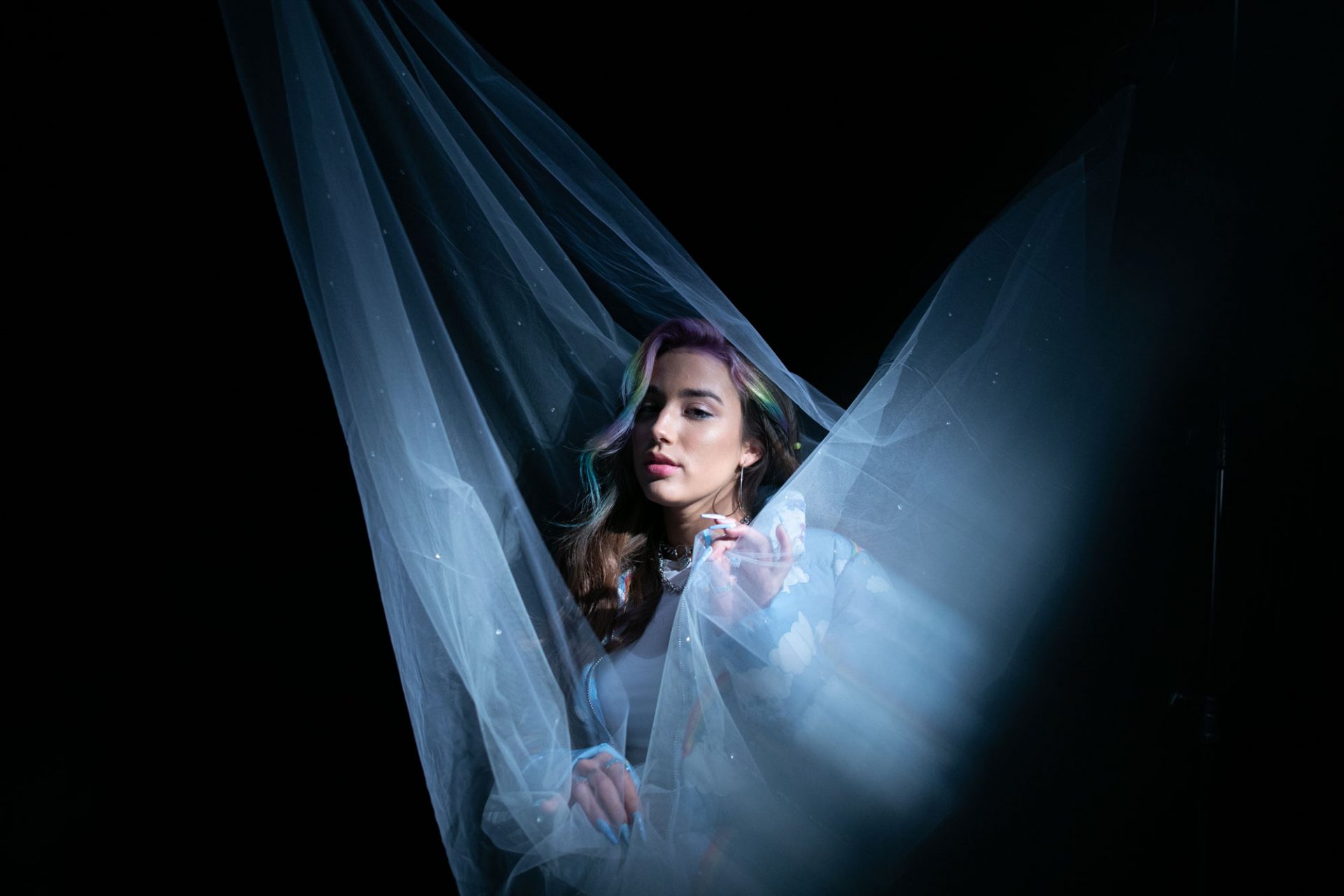 Alaina Castillo: “You need something there to hype you up”

The 21-year-old singer is already making waves with a couple of compelling EPs and an ever-increasing number of followers across the world enchanted with her bilingual future pop. Indeed, while we’re talking to her, she’s being chauffeured to a rather spiffing fancy hotel in Miami, where she’s making a star turn at the Latin American Music Awards. Alaina Castillo is definitely already a big deal.

Like many contemporary stars, Alaina’s musical journey began at home in Houston, Texas, as she spent most of her time in her bedroom singing her favourite songs on YouTube, dreaming of a pop future written in the stars while her family thought she was hard at work on the academic path they imagined for her. “Whenever I started on YouTube, I didn’t know what was going to happen in the future, but my dream was to make songs, perform on a stage and have my own album and tour. I was like, how am I going to make this happen?” she begins. “Whenever it started to click in my head, I would experiment with different beats and make my own things for fun, and that was the realisation that I could actually do something.” Alaina has always been blessed with innate confidence. She knew she was always destined for big things. “I was proven right as I knew the whole time that this was going to happen,” she says emphatically. “I was always very optimistic about it while everyone around me was like, ok, cool, but what are you going to do after that? I was my biggest supporter.”

The journey to her debut album ‘Parallel Universe Part 1’ wasn’t always a smooth one, but the album represents the culmination of Alaina’s vision of herself as an artist and what exciting pop should sound like in 2021. “I took a second to find what I wanted my sound to be like because for a long time I was saying I’m looking for a sound and something I can relate to,” she explains. “I had to step out of my own boundaries and comfort zones. With this album, it’s the start of who I’m supposed to become.”

Her first couple of EPs were more tender vignettes, low-key in stature but high on emotional resonance, while the debut album is a whole different story. This is a next-level step up. “My two EPs were very vulnerable and emotional,” she says. “I think it’s ok to still have those moments, but the vibe for me lately has been even if I want to be sad, I’m like no, don’t do that shit, you can be sad all you want, but you need something there to hype you up.”

True to her word Alaina has hyped up moments by the bucket full on her debut album, which flits effortlessly from playful assured R&B bops like the song of the summer contender ‘Pocket Locket’ to the blissful escapism of the title track. As she was writing the album, Alaina discovered a moment of clarity as she imagined the vistas of new possibilities opening up before her. “I feel like I’ve come a long way, but the thing that I really like is that I’ve got a very long way still to go,” she says. “I’m excited to see where life takes me. I thought I knew everything. I thought I was aware of my feelings and everything like that. Once I started writing my own music, it was like a slap in the face and, ‘Oh, ok, I know nothing!’”

Alaina has always been a bit of a dreamer. “I would play out scenarios in my room. My dad would say I just stayed in my room and stared at the walls,” she laughs. “I was just creating this life in my head. It definitely shows in my music and how I write how I always have a book on me in which I can write random shit that makes no sense, but it’s deep, and it means everything. I’m definitely an escapist.” It’s from this fertile imagination that we get ‘Parallel Universe’ as Alaina goes deep on her innermost fantasies and emotions while creating her own little world for you to get lost in.

5 facts about Alaina Castillo you need* to know

She really likes video games. Her favourite used to be Call of Duty, but it’s now Stardew Valley. “I just got a child in Stardew Valley, so I feel more connected to it.” She hasn’t ever played Animal Crossing.

Her favourite weather is thunderstorms. “On Saturday’s my dad would always pick us up early, and we’d have to go outside and do a bunch of yard work. We’d be out there for hours, but if you saw rain clouds in the distance, then you just knew it was going to be a good day. Whenever I see thunderstorms now, I’m calm; I’m in my element.”

She used to study biology at university but gave it up to be a pop star. Good move.

She loves space and is very interested in astronomy. “I watched a documentary where it said they were sending a telescope into space on 31st October, but it’s going to take a few years and go to this different part of space that we’ve never explored before and could find a planet that we could live on. It’s very exciting.”

She wants to be the first pop star to play a concert in space. “I would have a massive stage and everyone in near gravity jumping around and hopping and shit.”

One of the things that remains important to Alaina, no matter how big she gets, is her connection to her audience and the people that have grown up with her and remained with her on this journey. It’s something a lot of similar Gen Z artists have in common. They’re not on their own, rather part of a community unafraid to speak their mind and voice their truth. “Everyone is awakening their emotions and everything they might have had hidden before. The best thing to do is not to hide it because I stayed hiding it for a long time, but this is my way of expressing it.”

Her connection with her fans goes deep. “I always think about my audience as I started on YouTube where I was constantly talking to them and still am,” she says. “Now, if I’m having a bad day, I know I can log on, and I’ll have them to talk to, and that makes me happy.” The closeness between Alaina and the people who have followed her since her teenage years singing covers online has given her the comfort to experiment, have fun and shake things up, knowing that loyalty will always be there.

As the title suggests, ‘Parallel Universe Part 1’ is the beginning of an exciting new era for Alaina Castillo as she swiftly accelerates along the pop highway. She’s found her voice and is ready to blossom. “It’s unlocking this new side of me that I’ve never shown before,” she concludes. “I know it’s there, but other people haven’t seen it, so they’re like, wtf. For me, the message is unlocking a different version of yourself.”

Taken from the June 2021 edition of Dork, out now. Alaina Castillo’s half-album ‘Parallel Universe Part 1’ is out now.