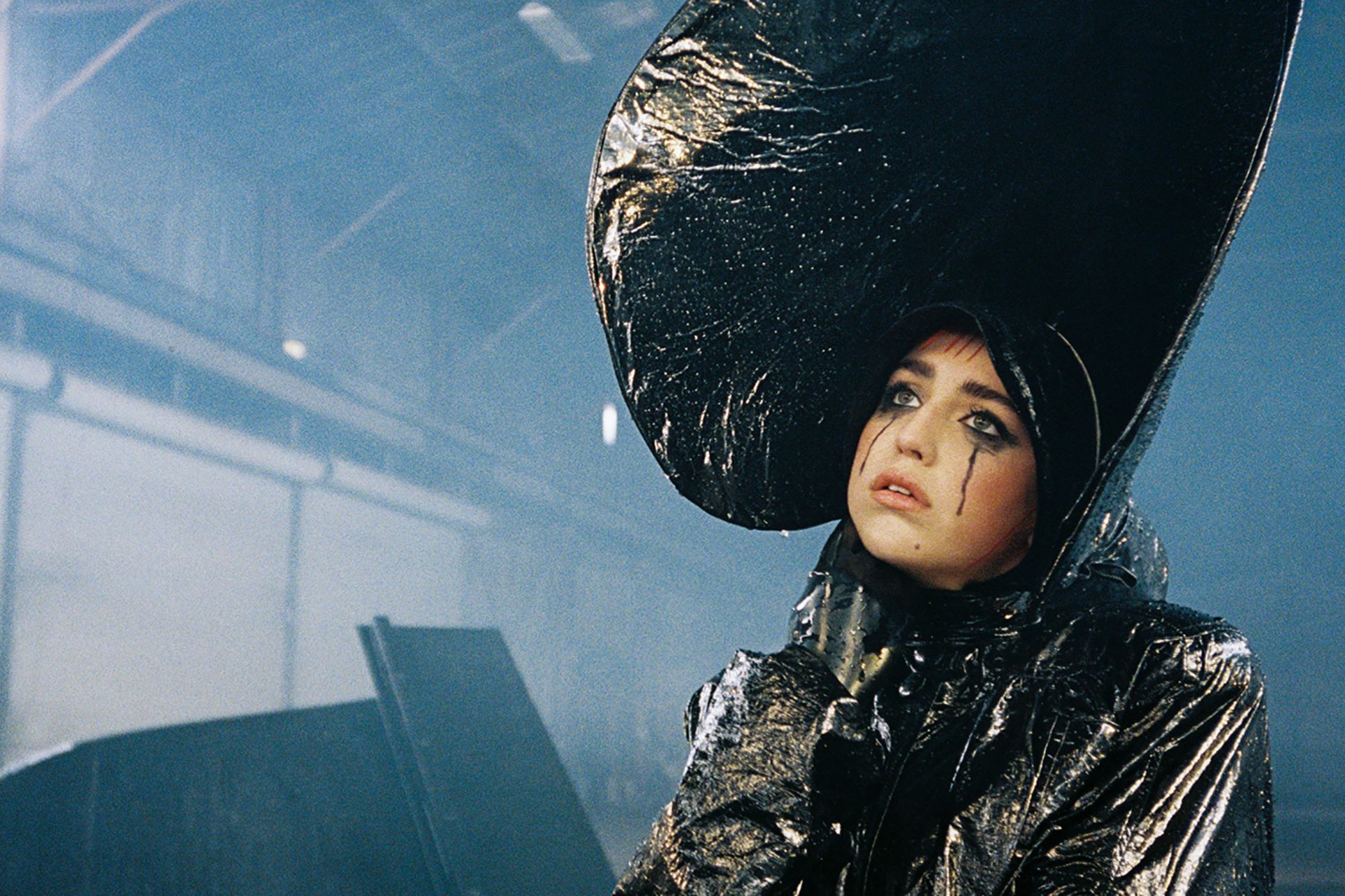 Amelia Moore: “I can’t wait for everyone to hear what Amelia Moore’s going to smack them in the face with this year”

Singer-songwriter, multi-instrumentalist and all-round-pop-talent Amelia Moore is breaking through with a seductive new take on alt-pop.

“I have very big plans and very big goals.” Amelia Moore is a new pop sensation in a hurry. As we approach the release of her debut EP, ‘Teaching A Robot How To Love’, it’s clear that we are dealing with a singular talent.

“I feel like it’s been a long time coming for me. I’ve known that this is what I wanted to do for a very long time,” she explains as she outlines her vision for pop domination. It’s a vision based on incredible ambition and a desire to transform herself. She describes her rise as, “being on a journey from homeschool to Hollywood.” “I grew up very sheltered, and I went to school in Nashville and had the biggest culture shock. I didn’t realise a lot of things about reality that were actually normal, but I was just raised so differently to everybody else.”

Her formative years were spent in Nashville, Tennessee, before moving to Los Angeles. She spent her childhood playing violin as a 5-year-old, then had a phase of being obsessed with musical theatre before she realised, aged 13, that pop glory was her destiny. “I realised I wanted to be an artist because I was doing all these plays, and I had this moment where I thought, why would I want to be on Broadway and pretend to be somebody else and sing somebody else’s songs when I can write my own songs? I was dreaming big and working really hard.”

All that aspirational dreaming ultimately led to the stunning series of songs released in the last six months that have got people so excited. Amelia Moore makes big music. Big dramatic, emotion-laden music with an expressive, dynamic future-facing flourish. She uses her voice as an intensely powerful and malleable instrument full of personality and texture. On songs like ‘Sweet and Sour’ and ‘Vinegar’, you can hear an artist working at the midpoint of Charli XCX-style sonic innovation and Mariah and Ariana-style vocal masterclasses. It’s an intoxicating mix.

There is a rawness and directness to the music on her debut EP. “This project is my perspective on falling in love for the first time and what that was like as a homeschooler who was just learning a lot about the real world growing up,” explains Amelia. “Unfortunately, it was a negative experience, as you will hear in the music. This first project is really an exploration of me learning a lot about the world after growing up very sheltered. It’s me growing into myself. Since being away, I’ve grown into myself more as a person and artist. I feel so connected to the music because everything I’ve learned about has happened so recently, so it still feels very real to me. It’s like an open wound.”

In the studio, Amelia channelled all that emotional vulnerability into the music. “There were days when I would walk in and just absolutely sob, and they would just hold me on the couch before I could write anything,” she says. “I learned to not overthink too much in the studio, and the music that connects with people the most is just honest and vulnerable. It’s really important not to shy away from anything, be honest with yourself and be real. Even teasing some of these songs on the internet now people have really connected with some of the moments that were just conversations in the studio.”

“If you’re trying to teach a robot how to love, you should probably just do yourself a favour and pack up and leave”

Online teasing is a big part of the buzz surrounding her like it is for many artists in the social age. “In December 2021, I started taking my social media really seriously,” she says. “I posted this song about moving away from all of my best friends in Nashville to LA; it was literally the first original song I posted on TikTok. Within a week, I gained over a hundred thousand followers. It was insane. From that point on, I continued to post my original music, and people seemed to like it. That moment in December when things really started to kick off on social media was a big moment for me.”

Amelia has already released three statement singles, but she says the EP will highlight a different side to her artistry. “I have a lot of different sides to me that people are yet to hear,” she says confidently.” I love making more R&B influenced music. I’m very inspired by a lot of R&B singers. There’s also some raspiness in my voice on this project that nobody’s heard from me yet. I’m excited for people to hear that.”

In a further example of Amelia’s burning ambition, she emphasises her desire to push the boundaries of pop at a time when pretty much anything goes. “Pop music is changing a lot, and it has in the past year,” she explains. “A lot of things are getting very popular. A lot of artists are experimenting with combining different genres. We’ve seen a lot of hip-hop and country, which is really exciting, and R&B pop is extremely popular right now. I really want to experiment with R&B hyperpop. I’m really excited about that. I don’t think I’ve heard that from anybody else.”

The reaction Amelia has had to her first few songs is based on universal feelings of deep emotion that we can all relate to and learn from. “I hope people take away a feeling that if you’re trying to teach a robot how to love, you should probably just do yourself a favour and pack up and leave,” she laughs. “Sometimes we’ve just gotta learn what it feels like, and it’s ok, but going forward, let’s notice the red flags, feel all of the emotions but save ourselves the heartbreak. Being in love with somebody should not feel like you have to teach them how to love.”

Opening statements made, this year promises much for Amelia as she adjusts to becoming a big deal and strives to bring her pop vision to life. “I will be releasing a lot of music throughout the year,” she promises. “I’m currently going back into the studio and working on the next project. It might not be an album yet, but I think a mixtape would be really fun. This year is going to be really fun. I’m continuing to work hard, show up to the studio and do what I love every day. I can’t wait for everyone to hear what Amelia Moore’s going to smack them in the face with this year.” ■

Taken from the June 2022 edition of Dork, out now.