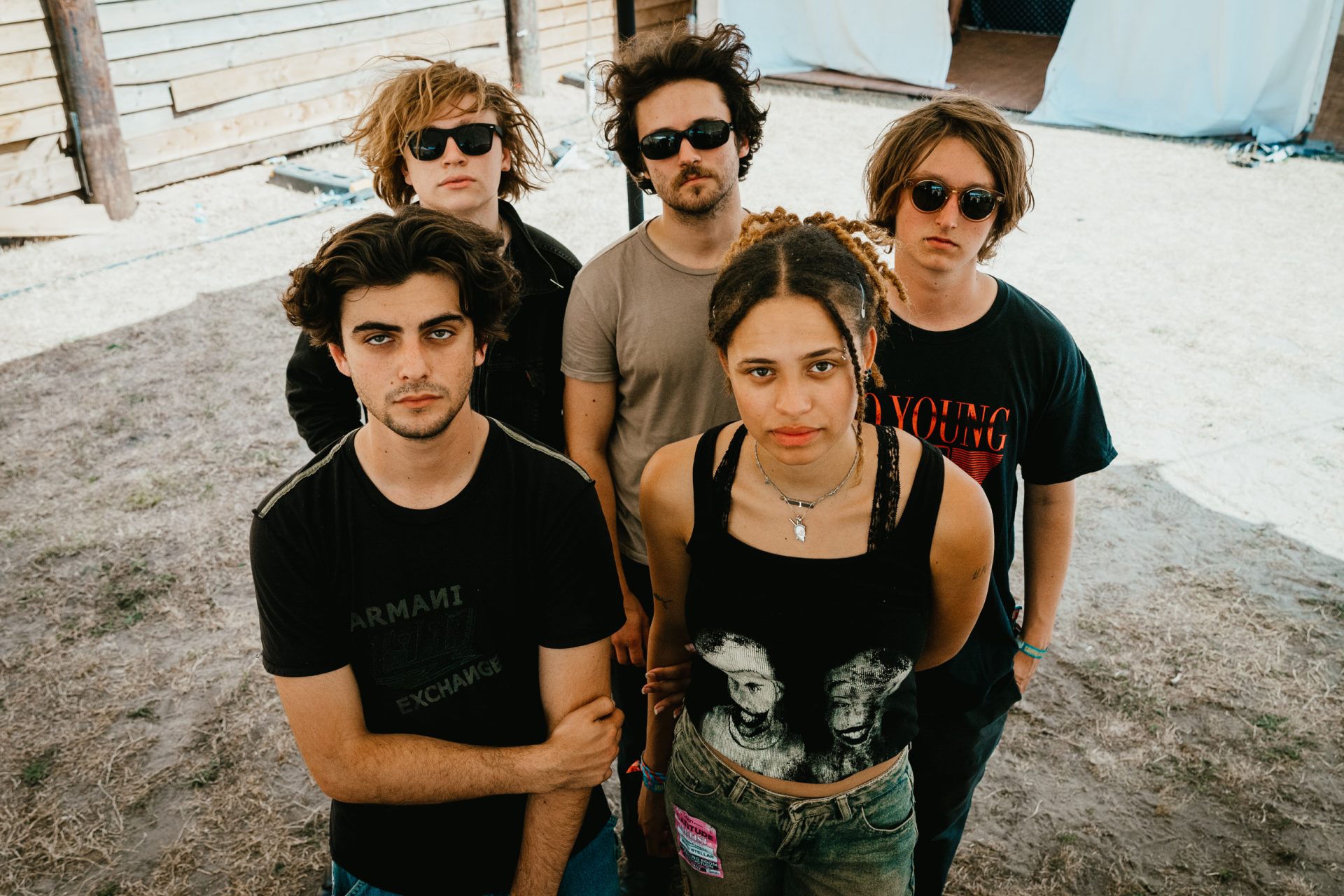 A support tour with The Goa Express, two festivals in the bag and halfway through their own headline tour. Been Stellar’s music may be impacted by the time and place they reside in, but they’re already making great progress in exporting their direction over the pond.

Far from being defined by their surroundings in New York’s overwhelming capital, five-piece rock outfit Been Stellar carefully consider how they can appreciate the subtleties of their surroundings and use them to create art that speaks of its lineage, all while adopting drawling characteristics that only those looking outward could hope to pull from.

Having recently explored London for the first time, they immediately notice a more relaxed vibe in the English capital compared to their hometown – not something most artists can claim. “Just doing laundry is a huge chore in New York,” bassist Nico Brunstein admits. “No one has a machine; you have to carry your stuff down the streets even in summer. It’s just more accessible here.”

Although the Big Apple might bring with it a heap of stresses, the weirdly addictive routine of the hustle and grit is something this five-piece have unwittingly become absorbed into. While they met at a mix of high school, college and city gigs, three of the five now reside within very close quarters. “The Britanys gave us our spot, and it’s a really rare find,” guitarist Skyler St. Marx explains. “We live in a room each and have a rehearsal space downstairs. It’s a really cool space and makes it way more affordable than renting out a separate studio.” It’s fortunate that they’re able to maintain a delicate relationship with their “super”, then.

Moving out for college was always going to be the catalyst for finding their identity in music; the band members were in various states of play in regard to formalising their creative ambitions, with Skyler and frontman Sam Slocum coming in hot with the intention of forming a bad, but it wasn’t as deliberate for the whole group. Drummer Laila Wayans shares her background: “I went to NYU for music production, so I definitely had the intention of pursuing music but didn’t know how just yet; I played drums in high school but never in a band, just by myself in my house. My school was really conservative, and nobody did art, so I was itching to play. When I stumbled across these four, they just made sense to me.”

As the five then continued to stumble together, they began embodying a city that, although appealing with a more subtle sense of charm, defaces the image of glamour that is presumed across the globe. “People see it that way, but they’re pretty misguided,” state St. Marx. “Way before all the cool stuff, there is a very delicate ecosystem of ethnic groups surviving alongside each other. People do themselves a disservice by only seeing it as a place where The Ramones and Lou Reed came from – it’s also a really vibrant, fascinating place even when entirely separated from art and music.”

That natural, enduring fibre is something Been Stellar embody within the recordings, something they learnt while recording in their downstairs basement-slash-studio. “We always base our onstage sound based on the specific walls of that room; the guitars cover up the entire space,” guitarist Nando Dale says. “It’s very gritty, but we fell in love with it. We’re trying to balance that sound against what feels good on a record.” Their live performance is based on these raw experiences created incidentally and by pure circumstance, something that frontman and singer Sam Slocum believes artists have been imitating for decades.

“There’s a really good Jonathan Richman interview where he talks about how music’s changed in the live setting as things get so much louder,” he enthuses. “He’s talking about The Velvet Underground and seeing them in their early performances – how just walking around the room completely changed the experience of the show. That’s something that I really value about our practice space; it feels organic, and we try to recreate that.”

Capturing that atmosphere on record proved quite a challenge, but the band found that producer Aron Kobayashi Ritch shared the same core values in their sonic mission. “There was discussion with him after seeing our space and discovering what we value, which allowed him to become a chameleon and blend into whatever we wanted to pursue. For that reason alone, it became far less difficult,” Skyler recalls, while Sam looks to the future: “We’re doing the album with him, so I’m excited to see where we go with it. I like the EP because it’s starting to encroach on the sound we want, but it’s not quite there yet. I’m looking forward to seeing how close we can get to what we actually have in our heads.”

While they tread that fine journey, the New York five-piece continue to discover their own sound – something they initially found difficult while stepping out of The Strokes’ shadow and finding their own identity, but it doesn’t haunt them any longer. “Personally, I don’t think we sound much like them,” Skyler shrugs. “We get that a lot more here than in the US, and it is easy to contextualise us in that way, but it’s not something we’re consciously replicating in any way at this point.” Instead, he points to more niche, albeit still extremely successful influences: “Sonic Youth, My Bloody Valentine, Ride… we like noisy and melodic music. That’s what interests us all. It’s a difficult thing to do – some people do noisy and very harsh stuff well, and some people do pop music well, but it’s a delicate balance trying to merge the two.”

Considering their signing to UK indie label So Young, it makes sense that the band also appreciate many current artists: “Lime Garden, VLURE, Humour, Gently Tender… they really are tastemakers,” Laila nods. Artists like these all embody something that Been Stellar try to take on board; using your current surroundings to define your path forward.

“We like music that can only exist in one place,” Skyler clarifies. “If you’re not fully letting your environment influence your songwriting, you’re going to be making compromises. There’s a lot of artifice and dishonesty in that behaviour.” He continues: “It’s one thing to see a band and think, ‘they sound like x or y’, but it’s another thing to realise they’re saying something pertinent to the present day; that’s what is pushing music forward.”

Enabling this progression within their notorious neck of the woods has been a consideration always on his mind, too. “There’s a lot of give and take while doing that in New York – you get to have the New York identity, which is interesting in its own way, but you need to keep contributing to that identity if you’re also going to be taking from it. That’s something we take really seriously; we want to add to the lineage.”

Aside from all this talk, the band have been able to form a solid release to tee up their ambitions – the ‘Been Stellar’ EP reveals their first steps towards defining their post-pandemic goals. “It’s a really good mission statement for what we are going to become,” St. Marx summarises. “It’s a very diverse EP. There are a lot of different sounds and directions, but each song contains an element that we want to blend into one on the album. The directness of ‘Manhattan Youth’ combined with the boldness of closing track ‘Ohm’ is what we envision us reaching for next.” Speaking of, the aforementioned album is in the works as we speak. “We have a load of shades of blue, and a load of shades of red; but we want the album to be purple. A big bunch of purple,” he grins. “That sounded better in my head.” ■

Been Stellar’s self-titled EP is out now.