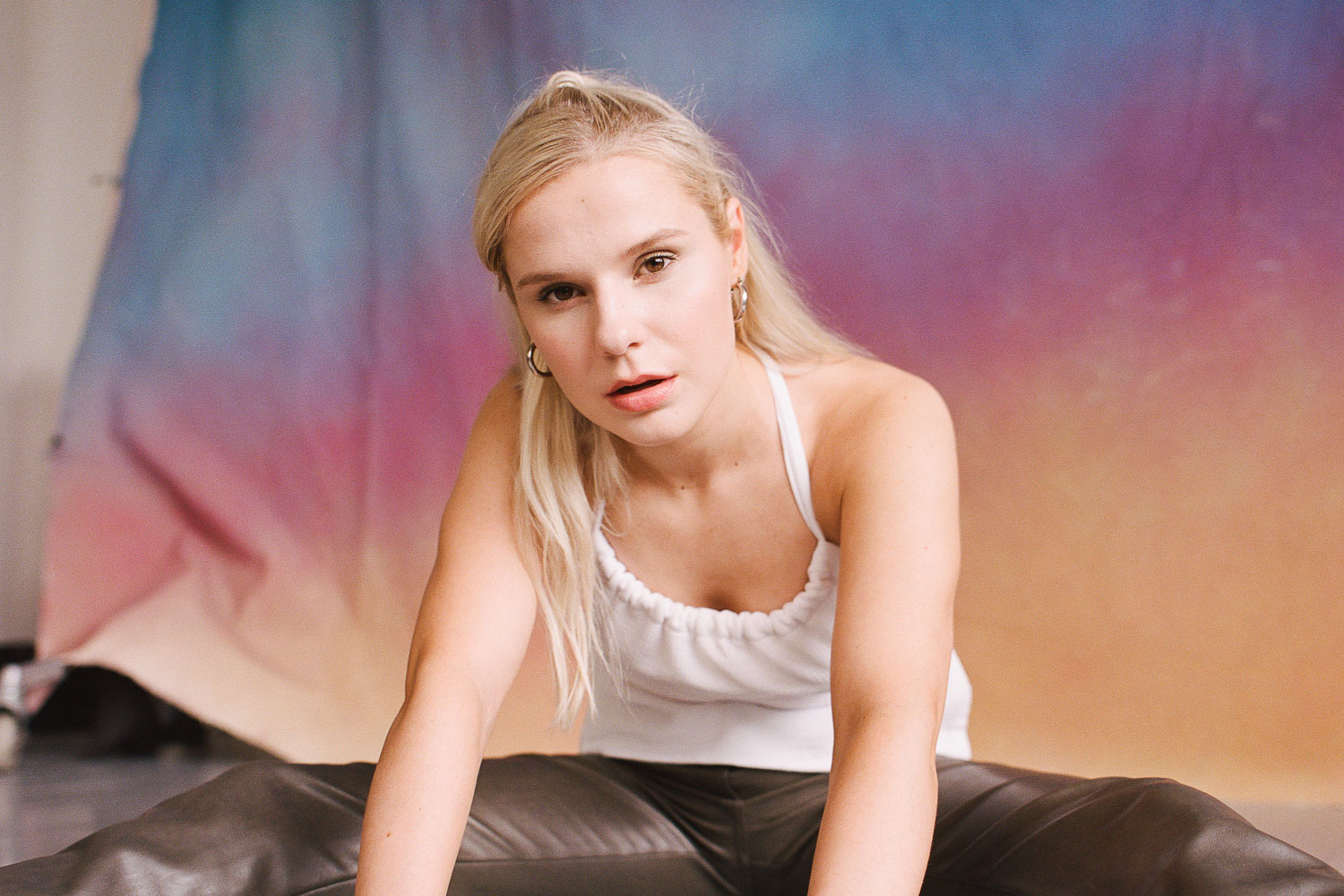 Elio: “I work with her every day, so there’s the Charli that I work with who I forget is actually Charli XCX”

One year on from her breakout single ‘My Friends Online’, and Canada-via-Wales newcomer Elio is one of the hottest names in future-facing pop.

Elio is firmly on the thrilling cable car ride to the top of pop’s mountain. Just a year ago, we hadn’t yet heard a peep from her, but since she released her first song, the defining 21st-century pop anthem ‘My Friends Online’ last March, her rise has been swift and stunning. Now with a couple of A+ EPs behind her and a collab packed remix collection on the way, Elio is primed for stardom.

“It has definitely been a journey,” she says from her home in snowy Toronto, Canada. “I only started releasing music in March, so it seems pretty fast,” she begins. “There were a good few years before sitting on those demos and just thrashing out what I wanted it to sound like. Even before that, I was in an alt-rock band in high school, and I pretty much exclusively listened to alternative and shoegaze and indie music until I found pop music and fell in love. It’s been a journey of trying to find out what would best represent me.”

When she was bitten by the pop bug, Elio began to harness her formative artistic impulses honed at university into an alluring pop package creating all her own music videos, clothes, artwork and imagery, transforming songwriter Charlotte Grace Victoria into one of the most striking new stars around in Elio.

Elio’s brand of high-energy is an intoxicating blend of bedroom produced beats and high-end pop gloss that combine together, giving her music a compelling and idiosyncratic quality. She equally knows her way around a banger and a weepy and can deploy both at will. For Elio her music is an expression of her own character and how in touch she is with a new generation of pop fans. “It’s so closely tied to me as a person that I don’t really think about it anymore,” she explains of her songwriting process. “What I love in so many artists is when they take their world and who they are as a person and put it into everything. Whether it’s music or visuals or even talking to fans, which is really important, and I think that creates something special which people can relate to a lot more.”

In the middle of a global pandemic, there’s nothing more relatable than being stuck with only your phone for company, and perhaps that’s why Elio’s ‘My Friends Online’ struck such a chord. “I released ‘My Friends Online’ in March when the lockdown first started happening,” she explains. “The response was crazy. Everyone was going through that at that moment. I feel like in my situation because I usually travel a lot and I’m away from my friends a lot, living through my phone is a massive part of my life. Lockdown really put that in everybody’s lap so everybody is really maintaining relationships through their phone, which I think is really interesting that people can relate to my music because they’re going through the same thing.”

Following the huge success of her first hit Elio went on two release two EP’s highlighting the fluidity and breadth of her sound with last years ‘u and me, but mostly me” and this year’s excellent ‘Can You Hear Me Now?” which features ‘Charger’, her biggest banger yet. The release marks a clear development for the young songwriter. “What’s nice with the more recent EP is that I’ve learned to collaborate a bit better,” she says. “People have helped me make the songs a little more concise. It allows me to get my point across more.”

Perhaps the main collaborator and biggest influence on Elio aside from her love of artists like Clairo, Kacey Musgraves and The 1975, is Charli XCX, who has acted as something of a mentor to her as part of her management team and as a pop icon to emulate. “She’s part of my management team, which is really cool and special,” explains Elio. “That is a great weapon for me. Not only do I get to have really amazing managers, but I also have Charli, so I can send a demo, and she will give her thoughts with no holding back. I’ve been a fan of Charli forever, so just having someone that you respect as a songwriter giving you thoughts and feedback is amazing. She also knows when to step back a little. If she doesn’t love a song but thinks it’s important to me, she’ll say if it’s important to you, put it on there. I don’t want you to sit on songs that you feel should be on the record. I get to write with her, and I’m very lucky to do that.”

Their creative bond has now been strengthened even further with a Charli XCZ turbo-boosted remix of ‘Charger’ leading off a forthcoming remix album, which sees Elio working with the likes of No Rome, Silver Sphere and Chase Atlantic. In short, it promises to be pop heaven with some of the most exciting names around appearing. “I get the songs back, and I’m obsessed with them. Everyone on the remix record, I’m either friends with or I’m a fan of,” exclaims Elio excitedly. “When I listened to the Charli remix I started freaking out and running around the room. I work with her every day, so there’s the Charli that I work with who I forget is actually Charli XCX,” she laughs.

If working with one of the most pioneering artists in pop isn’t confidence-boosting enough, Elio used her latest EP to espouse a confident and positive attitude in difficult times. “This EP is looking at myself and my career and relationships and trying to work them all together,” she says. Having a positive attitude was a big thing for this EP as I’m naturally a very pessimistic person, which is really bad when you’re in the music industry as it’s a rollercoaster. It was me realising that resentfulness and competition is so stupid. There’s enough room for everyone to be happy. It was a step forward in songwriting and production but also for me as a person. The message is more positive, and less everything sucks.”

Music can do a lot of things in 2021, and Elio’s pop sound is one in which boundaries don’t exist, and genres and sounds mesh with each other seamlessly. Her songs speak to what it’s like to be young in the modern age with all the unique worries and anxieties that come with it that marks her out as a new star for a new generation.

She was born in Wales but emigrated to Canada as a child.

She taught herself to write, record and produce all her own music in her bedroom.

She’s been writing for other artists including hip K-pop idols Tomorrow X Together.

She loves her dog Tessa. Tessa is a very unique dog who is a German Shepherd/Labrador/Border Collie Cross. “There is not a dog in the world that looks like Tessa,” she says. Dork cannot confirm this as we cannot find a photo so you’ll just have to take Elio’s word for it and use your imagination to picture what Tessa might look like.

If Elio’s band was made up solely of animals, she’d have Tessa the dog on drums, an elephant on bass as their trunk would be ideal for this and a squirrel on guitar as she thinks they are cute.

Taken from the April 2021 edition of Dork, out now.